You don’t like GMOs? We’ll give you a taste of AGM! 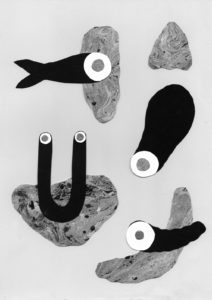 The debate on the use of genetically modified organisms (GMOs) in agriculture continues to rage. The activists, the transgenic potato diggers of Wetteren, judicially qualified as vandals, have the great merit of having once again put the spotlight on an essential issue, that of the aims of scientific research.

No, scientific research is not a priori virtuous, disinterested and a source of progress for humanity, as the experts in genetic manipulation confidently proclaim. It is not acceptable to conceal the commercial interests of the agri-food multinationals involved in the commercialization of genetically modified plants and to hide the links between them and the supposedly objective scientists in charge of evaluating their effects on ecosystems and health. It is also not possible to ignore the long-term consequences of genetic modifications experimented in the laboratory and a fortiori in an unconfined environment, since they are likely to be patented sooner or later and have « economically profitable » applications.

Very few of us, especially if we were not born at the time, know that genetic manipulation on animals took place as early as the 1980s. The goal: to modify the animal organism in order to improve it, that is to say to make it more efficient and therefore more profitable in the function assigned to it by man.

Three types of interventions, by insertion of a foreign gene, have been practiced over the last 30 years and have led to the production of transgenic animals, either for breeding, or transformed into pharmaceutical factories, or to serve as clinical models in medical research.

The outcry from animal protection associations and, more generally, the negative opinions expressed in opinion polls conducted in the European Union, have slowed down the emergence of clearly economic applications. Spontaneously, many people feel that the basic rights and dignity of animals are violated; animals are reduced to machines and totally denied as sentient beings. But this has not prevented researchers around the world (mainly in Canada and the United States) from manipulating the most potentially interesting species for possible « improvement » of food production. In this respect, aquaculture fish and farmed pigs have been the focus of attention. This is how the giant Atlantic salmon and the transgenic Enviropig pig were born.

The giant salmon, developed in the early 1990s, has a foreign growth gene that allows it to grow to 5 to 6 times the size of its normal counterpart after 12 to 18 months of rearing.

In studying low-temperature resistant aquatic species, researchers have identified a gene in a species of eel from the Northwest Atlantic (off the coast of New England) that gives this fish a resistance to freezing that allows it to survive in waters at very low temperatures.

By endowing Atlantic salmon with this gene, the development of salmon aquaculture can be extended to areas with very low sea water temperatures in winter.

In 2001, researchers at the University of Guelph (again in Canada) developed a transgenic pig, which through the introduction of a transgenic combination involving the e. coli and mouse DNA, digests phytic acid in food, which phytic acid results in the release of large amounts of phosphorus in the feces. Phosphorus is one of the main pollutants of waterways and groundwater by pig manure. The Enviropig is therefore an « ecological » pig thanks to genetic engineering…(1)

While Enviropig’s application for marketing authorization (filed in 2009) was rejected in both Canada and the United States, which precludes it from having a commercial future in the short term, the same cannot be said of Aquabounty’s AquAdvantage salmon.

This salmon, dubbed Frankenfish by opponents of the project, has a freeze-resistant gene and a Pacific salmon gene that allows it to reach adult size twice as fast as its non-GMO counterpart.

Submitted, in the United States, to the FDA (Food and Drug Administration) for approval, it received a favorable opinion on December 21, 2012.

The FDA found that this transgenic salmon did not pose any tangible danger to the environment. Aquabounty acknowledges however that it cannot guarantee the perfect containment of its fish farms (2); when one knows the potential consequences of the escape of transgenic fish, one can only be shocked by such lightness.

In 1998, at the symposium I had the opportunity to organize in the European Parliament, one of the best specialists in the field, Kjetil Hindar, from the University of Oslo, said: « If the escapes of transgenic fish are of the same order as those that occur today in fish farms, the future will no longer consist of wild salmon, but of transgenic salmon that have become wild.(3).

As of this writing, the FDA’s decision on the Frankenfish novel food application is not yet known. If, as is likely, the light is green, then the way will be clear for a new wave of applications for GMOs (genetically modified animals).

Europe is not, to date, subject to this type of request. However, it would be careless to ignore the risk that lies ahead. As the European Union is about to enter into negotiations with the United States to establish a transatlantic free trade area, mutual recognition of environmental and health standards on both sides will be on the agenda. The outcome of these negotiations is predictable, especially since the United States’ European cousins are in high demand: in April 2013, the birth of Pig 26, a genetically modified pig created by the Roslin Institute in Edinburgh, Scotland, was proudly announced in the United Kingdom.

Pig 26 is programmed to resist African swine fever. He was born where, in 1996, Dolly, the famous cloned sheep, was born.

The way is opening up for genetically modified animals…