Second report of the Club of Rome: there will be no soft landing 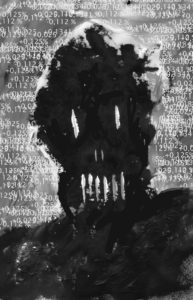 In 1972, the first report of the Club of Rome was published, entitled « Limits to Growth? Denis Meadows, who led the study, explained different possible scenarios obtained thanks to a computer model created by his team. It was a question of knowing what would become of the world, seen as a system. The report made public something that had been known for a long time and indicated for two centuries by the Plains Indians: destroying Mother Earth can only bring ruin to the people who live on it. This empirical observation of the early Americans did not convince Buffalo Bill and his cronies. The observation, this time documented geologically, was made again in 1948 by Fairfield Osborn(1), still in the United States. In 1971, a year before the Meadows report, still in Uncle Sam’s country, Georgescu-Rogen, mathematician and economist, father of « degrowth », had indicated in bio-economic terms that the very idea of infinite growth on a planet with finite resources is a suicidal absurdity A few years later, Georgescu, after having underlined the important role of the work of the Club of Rome in the diffusion of the debate on the question of limits, had also criticized the report, indicating in particular that the stationary state advocated by the team of researchers was illusory and that it was necessary to have a project of « decline », without a ready-made model: « There is no doubt that current growth must not only cease, but must be reversed. But anyone who thinks he can write a project for the ecological salvation of the human species does not understand the nature of evolution or even of history, which is not a predictable and controllable physico-chemical process like the cooking of an egg or the launching of a rocket to the moon, but which consists of a permanent struggle in constantly new forms.(2)

The Meadows report had nevertheless imposed on the agenda of the time the foundations of an ecological questioning that was never to leave Western thought: there are limits to economic growth. The observation, terrifying for the productivists of all sides, was logically bitterly fought and relegated to the margin of the political and media attention, notably by the creation of the term « sustainable development », from the beginning coupled with « a new phase of growth ». Perhaps nothing has been as effective as the invention of the term « sustainable development » to undermine political ecology.

Forty years after this first report, whose main results proved to be extraordinarily accurate, the Club of Rome has just published a second opus entitled « 2052: a global forecast for the next forty years ». What have we done in the past 40 years to move towards sustainability and what does the next 40 years hold in store for us, depending on the decisions we make? The author of this new report, Jorgen Randers, Professor at the Center for Climate Strategy at the Norwegian School of Management (BI), says in the launch conference of this report(3), that he wanted to respond to his concern for the future by offering an analytical description to satisfy his personal curiosity. He notes that the world has not taken the direction of sustainability, and that the soft landing promised by sustainable development is no longer possible. According to him, there will be an abrupt return to sustainability levels through shocks or collapses, the details of which are not known.

Randers identifies as the main and primary problem the short-termism that governs both the capitalist economy and representative democracy and that renders almost invisible any event or issue that is more than 5 years away. Between the electoral logic and the returns on investments, the medium and long term dynamics that it is essential to implement to avoid collapse do not find their decision makers.

Among other forecasts, the author states that the world population will reach a maximum of 8 billion human beings around 2040, the difference with the projections of demographers being linked to the sharp decline in fertility due to environmental pollution in urban areas. He argues that growth will no longer be possible in rich countries, with all the small GDP point surpluses being consumed by fighting the disasters and damage caused by growth. Finally, 3 billion people will never reach the standard of living of Westerners and in the long run, the poor will have serious difficulties to buy food that can be produced but at higher costs.

Randers established 4 recommendations to limit the magnitude of the shock: 1) having few children, especially in rich countries where each individual has a heavier weight on the planet, 2) drastically reduce the global ecological footprint, starting with the rich countries where it is the highest. To do this, it is essential to stop using fossil fuels, 3) build a low-carbon energy system in the South, designed by the South and paid for by the North, 4) strengthen our ability to act quickly and take on long-term challenges.

The researcher points out that in order to meet these challenges, full employment and the reduction of social inequalities are necessary conditions, but that current developments are not conducive to the fulfillment of these two conditions.

Let us add one more condition to those presented by Jurgen Randers in order to avoid taking the path of the worst: it is necessary that a sufficient number of people, groups and organizations take a stand against the short-termist policies that aim at reviving the economic apparatus in the suicidal direction that it is. It is also necessary that these people and organizations mobilize jointly and in solidarity to give themselves a chance to turn things around. For the fate that threatens the needs identified by this second report of the Club of Rome is the same as the previous one: smoke and mirrors and relegation. The forces opposed to any limitation of the development of industrial power are stronger than ever and show no sign of stopping to make room for the local alternatives that can be observed here and there.

The creation of a balance of power against productivism is indispensable. It presupposes a prior agreement on the issues to be pursued and the rhythms to be respected. In this case, the analyses of the Club of Rome indicate that a radical change, of the order of a reversal, is needed in the coming years. The strategies of small steps and adjustments at the margin must be considered for what they really are: obstacles to the emergence of the necessary forces and ideas, as was and is the oxymoron « sustainable development ».