It is urgent: Europe must be re-founded 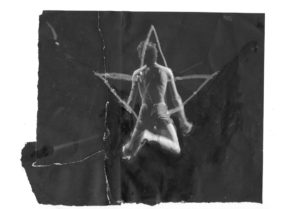 Four years after the beginning of the financial crisis, it is clear that the measures decided at the European Union level are totally ineffective. Prisoner of the ultra-liberal logic enshrined in the treaties since 1992, Europe clings to its presuppositions: public spending must be reduced and social protection made less generous.

The Treaty for Stability, Coordination and Governance TSCG (also known as the Budget Pact) signed on March 2, 2012 by the heads of state and government (with the exception of the United Kingdom and the Czech Republic) fits perfectly into this logic. In addition, it claims to freeze the new budgetary constraints into constitutional rules.(1)
The GSCT clearly strips national parliaments of their function to democratically debate budgetary issues and decide what is good for the citizens.

Good governance, according to this treaty, consists of conforming to the interests of the financial markets and entrusting decision-making power to experts responsible for verifying compliance with rigid criteria. It should be remembered that the so-called Maastricht criteria set in 1997 (less than 3% of GDP for the budget deficit and less than 60% of GDP for public debt) have rarely been respected since their adoption, which led Romano Prodi, then President of the Commission, to describe them as stupid.

Fifteen years later, these criteria have been made even more severe, since the deficit must be less than 0.5% and drastic rules for the gradual reduction of the debt will be imposed, with sanctions. On the other hand, the mechanisms that guarantee the independence of the European Central Bank (ECB) and prohibit it from lending directly to member states are not called into question. Thus, the ECB is currently lending to banks at 1% interest, leaving them free to lend to governments at usurious rates (5.91% to Ireland, 6.58% to Spain; 9.89% to Portugal; 24.34% to Greece … against 1.34% to Germany).(2)

This absurd and unjustifiable situation is the result of ideological choices that have largely demonstrated their inanity. That these choices are perpetuated and constitutionalized is as scandalous as it is inefficient. It is wrong to claim that the TSCG will save countries in debt and deep recession. Just as bloodletting has never saved an exhausted and anaemic patient, the budgetary slimming cure and the reduction of social protection will not help the States in difficulty, but on the contrary will accentuate the depression and risk throwing the whole of Europe into chaos by domino effect.

The time has come to open our eyes, as we are invited to do by personalities as unsuspecting of revolutionary leftism as Joseph Stiglitz and Paul Krugman, both Nobel Prize winners in economics. The neo-liberal model that has guided European choices since the Maastricht Treaty has failed: faith in the virtues of the free market and the systematic reduction of the role of public authorities has led to a dizzying growth in inequalities, both within and between member states. I have long been convinced that monetary union without a European policy of economic policy coordination and without fiscal and social harmonization is not viable.

Europe, with the TSCG, is entering the post-democratic era as denounced by the philosopher Jurgen Habermas. By multiplying constraints and stubbornly ignoring its citizens, it is becoming more and more odious in their eyes and is making the bed of the extreme right. Reforming operations at the margins with essentially symbolic gestures is not enough.

We must rethink the European Union, forget Maastricht and Lisbon and a fortiori the TSCG. Monetary stability can no longer be the sole criterion guiding economic and budgetary choices. The multidimensional crisis that is raging requires that we initiate as soon as possible a profound mutation towards an ecologically and socially sustainable economy, and that we abandon sterile incantations for a return to an impossible growth. This change requires a new European Union that is at once ecological, economic, fiscal and social. This Union, to finally deserve its name, requires a significant European budget and effective mechanisms of solidarity between Member States.

In the immediate future, I think it is essential to carry out an audit of the public debt of the member states in order to distinguish the illegitimate part of this debt (in particular, that which results from the usurious rates imposed by the banks). The European Central Bank must lend directly to the States, which is currently prohibited by the European treaty.

Finally, a general renegotiation of public debts seems to me unavoidable, whatever those who have forgotten the lessons of history may think. Is it necessary to recall that in February 1953, during the London Agreement signed by 21 creditor countries, Germany obtained the cancellation of half of its public debt, which allowed the launch of the « economic miracle » that made it the leading economic power in Europe?

Former President of the Green Group in the European Parliament;
Director of Grappe (think tank and action group for an ecological policy).