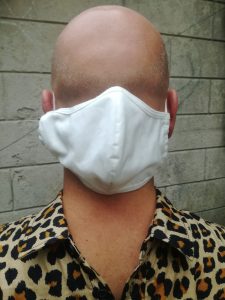 « It is pitiful to hear the political and ethical authorities appeal to the responsibility of citizens after having inoculated them for years with an individualistic culture(1),

Holy late modernity, you never cease to amaze us! Since the gospel according to Saint Adam Smith, delivered in 1776, we have been dealing with homo œconomicus, the one who rationally calculates his interests; to the industrial revolution, homo technologicus had entrusted his destiny to the Megamachine, expecting from it the accomplishment of the Process; about sixty years ago, homo consumens had begun, like a zombie in George Romero’s films, to haunt the aisles of supermarkets, the halls of car dealerships and construction shows; and the new millennium has seen the advent ofhomo numericus, last avatar ofhomo technologicus. As in the case of different energies (fossil, nuclear, renewable) or electro-magnetic waves (1, 2, 3, 4, 5G), a type ofhomo has not driven out the previous one but has been superimposed on it. Is that all? No. The malicious coronavirus has secreted thesubmissive individualist(2), an oxymoron of which our postmodern era has the secret. Robert Nozick must be turning in his grave!  » You see, Madam, there is no question of my giving up my vacation, and for that I will comply with whatever the authorities decide for my safety, as well as that of my contemporaries, with whom I am in solidarity. I will even go ahead of government measures, wear the mask twice instead of once, as soon as I step outside, and I will end up keeping it on at home too. Thus, our politicians will have a free hand to continue to restrict our rights and freedoms one after the other, in general indifference. I am anxiously awaiting September to download the tracking app to my smartphone. I’m willing to sign any document — preferably digital — asking me where I’ve been for the last two weeks. I will spontaneously give my business card to all the restaurant owners and cafes. And I can’t wait for the vaccine! « . The submissive individualist wants to continue to conduct his or her own affairs and for this reason has chosen: he or she prefers to escape from Covid-19 in a democrature(3) rather than risk contracting it in a free country, to take inspiration from the recent maxim of André Comte-Sponville(4).

By his obedience, the submissive individualist pretends to show solidarity [sic] of the human race — that’s what the media and politicians have been telling him — but refuses to open the store door to one of his fellow human beings loaded with packages, because in this case  » social distancing would not be ensured(5) « . He rages on the asocial networks against the « irresponsible-egoists-complotists » who refuse to wear the mask on order. He also practices denunciation, which he prefers to call « testimony »:  » My neighbors often have people in their garden, officer, and each time different people. I’ve even seen them kissing! « …

We are leaving the society of control, once described by Gilles Deleuze, to enter the society of constraint identified by Pièces et Main d’œuvre. This does not fall from the sky, the ground having been ploughed for a long time by conformism, the hygienist and security ideology. The restriction of civil liberties extinguishes the class action. Everywhere you look, the streets of the kingdom are now walked by submissive individualists, self-indulgent like all individualists, with their masks-museliers, some of which are personalized — one does not give up for the cause of distinction! Whether or not one is convinced of the protective effectiveness of the mask, one can also recognize that the obligation to wear it almost everywhere, including in the open air, is a disproportionate, humiliating and liberticidal measure, a prelude to the long-awaited arrival of the vaccine:  » You can take off your mask when you are vaccinated « , Sophie Wilmès will explain to us, with her doctorly maternalism and by detaching each syllable so that the populace understands the message well.

Wouldn’t we be living  » the nihilistic terrorism of the combined action of technoscience, state coercion and capital(6) « ? Let’s keep courage and take the means to defend our freedoms, which are four: lucidity, refusal, irony and obstinacy(7). Which one will you start with(8)?