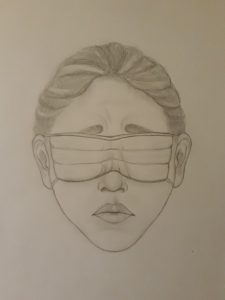 In Belgium, as early as spring 2020, you were one of the first to criticize the political management of the epidemic. Were you surprised at first by the way the Belgian and French governments went about it? One year later, has your analysis changed?

That’s an interesting question, and one that I’m answering publicly for the first time. As of December 2019, I was worried, following the news from China. In January, we saw all these sick people in Wuhan. So my first impression was alarmist. Then there was the first containment. At the very beginning, I thought it was a good idea, as well as closing the borders. It was necessary to limit, isolate, treat. But by mid-April, I thought something was wrong: first useless and then mandatory masks, contradictory messages, etc. I started to have doubts, asked myself questions about the origin of the virus and carried out my investigations, especially from the case of France, while also looking at Belgium.

In July 2020, you published an article on tribunejuive.info entitled « The Mask and Life ». For you, this question of the mask was crucial to understand the biopolitical strategy. Is it still there? Around me, some of my acquaintances, however indisposed by the liberticidal sanitary measures, only see it as a detail, strangely enough…

This buzzworthy article marks my visibility in the public domain. Antipress was the first to publish it. It symbolizes the entry into action of the « canary in the mine ». As a Jew born shortly after the Holocaust, I am very sensitive to warning signs and weak signals. I wrote the article at the end of July. In the middle of summer, we were forced to wear masks outdoors, while the epidemiological indicators were at their lowest. I thought to myself,  » If this is where we are, what will it be like when the flu and colds come back? The mask began to take on a more political than health significance. So it’s not a detail for me at all!

What is its symbolism?

The mask is a way to muzzle people, to make them shut up, obey, submit, to dehumanize them. Let’s be clear: I am not opposed to it in a closed environment, but outside, no study attests to its effectiveness in slowing or fighting an epidemic. The explanation is that the politicians want to avoid any viral outbreak and take the minimum risk, so that nothing will be blamed on them. And then, a strong symbolic signal was needed.

Clearly, there are many psychosocial « categories ». There are people who are stoic, fearful (of the fine and/or the virus), conformists, adhering to the official dogma. Docility and receptivity to the governmental narrative are massive, in Belgium as in France. It is very distressing that obedience is so widespread. In France, Louis Fouché recently proposed that a few hundred « unmasked » people meet in a supermarket as an act of civic disobedience. This would have an impact, as there is strength in numbers. But how to bring people together is a complicated issue. In short, the key word in this situation is fear. And it prevents rational argumentation and inhibits action.

« Freedom » has become a dirty word, whereas it was on everyone’s lips until the epidemic occurred…

Whoever claims his freedom is considered a criminal today. There too, we have tipped over! Since I took my stand, I have been blacklisted in many places, including Facebook, where my accounts have been abusively restricted three times, without any convincing explanation from the multinational and without any possible recourse. It also happened to my friend Jean-Dominique Michel. This was very discouraging, but we decided to resist. I obviously need this social network to express myself.

Who are the intellectuals who stand out from the crowd?

There are not many of them. Michel Onfray, an author whom I appreciate, disappointed me on the question of the vaccine. His argument is classic, but in my opinion does not apply to this virus. Getting vaccinated to go to the tropics has nothing to do with the anti-covid vaccine. The real question is  » why this vaccine hysteria for a disease from which more than 99% of infected people escape « ? To dare to ask it is to risk disqualification! That said, I am not opposed to vaccination. I support individual freedom of vaccination when it is justified. The other issue is the consequences of mandatory vaccination by default, which will result in a digital health passport, the key idea of the « Great Reset ». The new anthropo-social norm arrives through the vaccine. I already knew that eight months ago. That’s what I’m outraged about, not the risk of side effects from the vaccine, which are no more dangerous than those of many drugs. Let’s face it, the health pass will gradually become mandatory in our country, and maybe one day even for shopping! A real health apartheid!

Is everything already ruined?

As a pessimist-realist-lucid by nature, I think it’s a foregone conclusion that the « pandemic » law will probably pass through Parliament like clockwork. But it’s a disaster: general population tracking, digital control, mandatory applications to live by the new health standard, facial recognition to monitor people in quarantine and even electronic bracelets! The PTB and the N‑VA are the only parties to oppose it, but they do not have a majority. My fear is that Belgium will become a pilot country, like Israel. Why? Maybe because this is the seat of the European Union and we have to set an example.

How to oppose it?

Difficult. There is a near consensus in Parliament. The courts? I don’t believe in it, too much adherence to measures. Fear rules and it works. Look at the mask case in summer. If the authorities were able to impose « that », it was the beginning of the end and everything was possible. Today, despite a small number of deaths per day « from » and « with » the virus without knowing the difference, we are still in the same health regime. China with its social credit is the model from which our democracies seem to draw inspiration.

At all levels — from the government to the average citizen, from the experts to the mainstream and non-mainstream media — conspiracy is presented as a canker eating away at debate, reason and democracy. Certainly. But doesn’t the current anti-complotism obsession lead to the same problems, by perverse reversal?

Today, conspiracy theory has become above all a way of designating and pinning down any dissenting spirit to the covidist dogma by condemning it to social and professional death, by excluding it, discrediting it and disqualifying it. It is a weapon of massive social destruction used by the power. It reminds of the psychiatric treatment in the Soviet Union in the past. However, a person designated as a « conspiracy theorist » is often an individual of good faith who makes the assumption that there are people plotting somewhere. He tracks down the plotters hoping to unmask them. So what? Where is the crime? History is full of historical conspiracies, everyone knows that! But there are many people who ask very good questions without making the hypothesis of a conspiracy.

The « Great Reset » of the economy, initiated by the World Economic Forum, is often classified as a conspiracy theory, although its principles are visible and brought to everyone’s attention, on its website and in the book by Klaus Schwab Covid-19: the Great Reset. As Pièces et Main d’œuvre say, it’s all there, you just have to read it…

The designers of the Great Reset explain themselves in their book that the covid is an opportunity to implement their agenda. So there is no conspiracy. The only real « conspiracy » question that remains is the causal link: where is the egg, where is the chicken? Was the coronavirus deliberately « created » in the laboratory and used as a pretext to reinitialize contemporary capitalism? This is an interesting hypothesis. Is it plausible? It needs to be examined and we have no evidence to date. But it is not allowed to ask this question on pain of media lynching. Only one thing is clear, the World Economic Forum is taking advantage of the pandemic to implement the agenda of the Great Reinitialization; indeed, it is written, just read it.

Interview by Bernard Legros in March 2021.

* Born in Brussels, philosopher (ULB) and psychoanalyst. Worked in the field of psychotropic drugs (legal and illegal drugs, medicines), focusing on the anthroposocial dimension of drug use in a geopolitical perspective.

His training as a philosopher, his clinical experience and the conclusions of his research have thus led him to extend his reflections and his practice beyond the issues related to drug use with a multiple, critical and questioning look. More recently, he has published articles of analysis and reflection on social issues that he is passionate about, such as Covid, for Tribune Juive, Causeur, Antipress, Nexus, France Soir and Vu du droit .