Liberal management of the pandemic 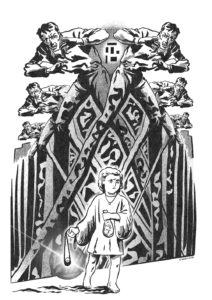 We will take up the foundations of liberalism according to the philosophers Dany-Robert Dufour and Jean-Claude Michéa in order to exhume nine principles of this doctrine and to relate them to the management of the pandemic. Dufour tells us(1) that Bernard Mandeville, one of the precursors of liberalism, saw private vices as the breeding ground for public virtues. For the economist Adam Smith, also a proponent of laissez-faire,  » it is not from the benevolence of the butcher, the beer merchant or the baker, that we expect our dinner, but from the care they give to their interests. We are not addressing their humanity, but their selfishness « . According to Michéa(2)liberalism is axiologically neutral. It is guided by a single logic: everyone does as they please. This doctrine does not encourage man to carry out a difficult work on himself that would allow him to distance himself from his passions, given that they are considered indispensable to the harmony of society.

Principle 1: Liberal politics is, like the rest of its realm, driven by a hollow and cold rationality

The politician is not interested in philosophy. He is not an expert in anything except being telegenic. It is a flat image devoid of thought. The same type of acephalous functioning has dominated health policies since the beginning of the pandemic. While figures and paradoxical injunctions abound, no thought is given to the measures applied. It would have been futile to expect liberalism to take advantage of the event to question the crisis, given its initial axiological neutrality. His reaction to Covid-19 could not therefore have consisted of anything other than an act whose objective is to restore the alleged omnipotence of the model (by making him master and possessor of the virus).

Principle 2: The liberal subject is an ego-regulatory subject

Liberalism is not individualism (which presupposes a thinking and individualized subject) and is based on the collective celebration of selfishness. The ego-regulatory subject also rules over the covidian kingdom. What could be less illogical than to continue to pledge allegiance to the cult of pleasure when the government proposes DJ’s concerts in the vaccinodromes to encourage the youth to be vaccinated? Shamelessly, politicians pretend to be sanitary and ego-regardless subjects follow these altruistic and virtuous procedures.

Principle n° 3 : The creation of the liberal subject presupposes the annihilation of the School

Originally, the School had a primary objective: to allow the little man to tame his passions (which is not recommended by liberalism). Rather than an active substance, health policies are driven by the anxiety of death, and it does not seem unfounded to consider that Emmanuel Macron’s speech at the beginning of the pandemic («  We are at war  ») was more particularly driven by affect than by reason. It is to be feared that the whole management of the crisis is governed, not by logos, but by pathos. This is how the scholè was sacrificed along with culture during the crisis, while vague and pathetic speeches flooded the airwaves.

Principle 4: The « morality » of liberalism is to support the enjoyment of the subject

The liberal superego does not respond to a ban but to a law: enjoyment. It is a tyrannical body. This superego did not suddenly change. Many people are vaccinated, not so much out of concern for their fellow man as to continue to respond favorably to the injunctions of liberalism to enjoy, no matter if it is necessary to present a health passport.

Principle 5: Liberalism is a perverse reversal of Kantian morality

Where liberalism invites the subject to consider others as a means and not as an end, Dufour, quoting Kant, reminds us that it was otherwise for the Enlightenment: » Act onlyaccordingtothe maxime qui fait que tu peux vouloir en même Act in such a way that you treat humanity, both in your own person and in the person of any other, always at the same time as an end and never merely as a means . Guided by the first moral imperative, a crucial question arises for our conscience: is making the visit of a loved one in a hospital conditional on the presentation of a passport a law that everyone could act upon and at the same time wish it to become universal? The second imperative has long been hijacked by liberalism. This one follows the same path since the beginning of the crisis: the vaccination campaign aims above all at getting back to the world before and uses, to this end, the other as a means. The health imperative  » Think of me, get vaccinated  » is more likely to represent a majestic perverse reversal of Kantian morality than a generous gesture of solidarity.

Principle #6: Liberalism will promote the creation of a liquid subject. As for the others, he won’t care

For Dufour, the Divine Market requires flexibility. It is no longer the old indecisive and neurotic subject that is required here, but the schizoid personality. It is a subject made of modelling clay, trained to renew its forms at every moment in order to preserve its personal interests. How can we fail to notice that it is the same liquid subject that is called to the rescue by the health sirens? By massively adopting the pass, the liberal man demonstrates his dexterity, even if it means consenting to what was once perceived as unacceptable and disfiguring his humanity, as long as he is allowed to continue to do as he pleases.

Principle #7: Liberalism does not come from the imagination of man but from the hand of God

According to Cornelius Castoriadis, imaginary meanings link individuals in society together in order to alleviate their painful anguish of existence. Most of the time, people are not aware of the meanings that guide them, although they are the ones who created them. Such is the case of the Divine Market. It is as if « sanitary » measures had taken their place alongside the Divine Market in the collective imagination. It becomes then rude to question them, a little as if they were reassuring entities and external to the being, although they were generated by him. Believing to have killed God and to have freed himself from his yoke, man has not been slow to replace him with another: the Divine Market. Nothing could a priori threaten the omnipotence of this one, if it is not the emotional repercussion that the Covid-19 had on the beings. These were close to committing a new deicide when they confined. Mired in its own torments, liberal society has nevertheless been quick to devise a compromise so as not to let what it holds most dear die. It has therefore created a third god (the Vaccine coupled with the sanitary passport), whose objective is to prevent the second (Containment) from definitively reaping the first (the Divine Market).

Principle n° 8 : Liberalism will use the efficiency of postmodern science and the protocolization of existences to fulfill its divine purpose: the happiness of humanity

Totalitarianism and Nazism (which pushed to the extreme the criteria of utility, efficiency and profitability of Science) are oriented around two pillars: the novlanguage and the total submission of the society to the reason as well as to the operative action. These two pivots converge unconsciously towards a precise place: the annihilation of the thought and thus of the individual. The management of the crisis has exacerbated this logic already at work in liberalism. Protocols have invaded the public and private spheres, and Science does not question the Truth. Its sole objective is to achieve maximum efficiency and cost-effectiveness in the total fight against the infectious agent in order to restore the « normality » of the model.

Principle #9: Liberalism will deny limits and plunge humanity back into the unctuousness of childhood

Smith and Mandeville were the first to put their finger on this soul-pacifying principle that lies at the foundation of liberalism: the glorification of selfishness. The jouissance invites the subject to deny the lack and brings him closer to childhood. It is therefore interesting to note that the political world uses the same word over and over again when describing the vaccination strategy: education. This word comes from the Latin pae (child) and dagogus (ago meaning to lead). This suggests that the pedagogy of the Covidian world consists in leading the children of liberalism, not to the path of the Good, but to the one that will be judged the most useful in order to prevent the laissez-faire system from fading away into the arms of death.