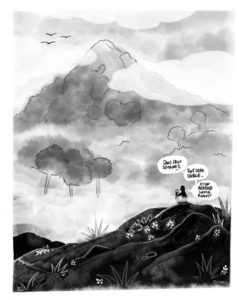 While the press revealed this week that the annual report of the RTBF had « omitted » to mention the salary received in 2018 of the RTBF boss Jean-Paul Philippot, declaring it 50,000 euros below the real amount, the information obscured some essential elements. Firstly, that the annual salary indicated, 325,000 euros, was already indecent, unjustified and unjustifiable. Secondly, that the emoluments of this « manager » of the public service, whose remuneration committee made up of political staff sets the amount, were in line with his social contacts and his pedigree. Nothing to expect from such a structure in terms of information that could instill critical thinking and doubt, since those who run it are part of the world that must be overthrown. Back to an article published in kairos 36.

The liberal orientation of public services, which are slowly but surely being eroded, can also and above all be explained by their « governance », which has seen the establishment of managers from the economic world whose sole aim is financial profitability. To the detriment of information, to the advantage of business.

The RTBF’s propriety towards politicians and businessmen and its tendency to always invite the same people, faithful representatives of the dominant thinking, can be explained not only by the importance of advertising, the sociological origin of the journalists, their training path marked by the « entrepreneurial spirit » or the individualism of some, but also by the fact that the person who runs the company comes from the economic and political world, on which he has built his address book.

Jean-Paul Philippot, a graduate of the Solvay business school, is the former deputy head of cabinet of the Minister-President of the Brussels-Capital Region Charles Picqué, a position that brought him into contact with important people, such as Steven Vanackere or Jean-Claude Marcourt. He shares his life with Laurence Bovy, former director of cabinet of Laurette Onkelinx, former board member of the port of Brussels, former president of the SNCB, current director of Vivaqua.

He also knew his good friends on the university benches, such as Thomas Spitaels and Bruno Colmant. The first, the 393rd wealthiest Belgian with nearly 43 million euros, is the big boss of TPF, a company that employs 4,200 people, is established on four continents, is active in the fields of construction, transport infrastructure, water and energy, and has grown through a series of mergers and acquisitions. The other, a regular on RTBF, is a professor at ULB and UCL, a member of the Royal Academy of Belgium, a master in tax sciences (ICHEC) and a doctor in applied economics (Solvay, ULB). Bruno Colmant started at Arthur Andersen, as did Bernard Marchant (chairman of Rossel, owner of the daily newspaper Le Soir), who started out as a legal and tax advisor. He then became Managing Director at ING, which he left in 2006 to become Director of Cabinet of the Minister of Finance Didier Reynders, of whom he said that he « always grew up with the men who worked for him . « Since 2015, he has been « Head of Macro Research » at Bank Degroof Petercam, where another regular of RTBF rolls out its red carpet as chief economist, Etienne de Callatay, but also Alain Siaens, who doesn’t like it too much when we castigate the rich and the tax exiles. A band of friends at the service… of themselves.

A third person completes the trio: Laurent Levaux, current head of Aviapartner. Commercial engineer, graduate in applied economics, owner of an MBA from the University of Chicago, he founded an industrial services SME in Liege before joining MC Kinsey, a multinational strategic management consulting firm, which advises the same tax exiles we criticize in our pages… Next came CMI (an international maintenance and engineering group) and ABX Logistics, a subsidiary of the SNCB, which was sold in 2006 to the investment fund 3i for 10 million euros, and two years later sold for 750 million euros. Is it a coincidence that he became CEO of Aviapartner in the same year, which was bought in 2005 by… 3i. Laurent Levaux is also a director of Proximus, FN Herstal, Bpost and Circuit de Spa-Francorchamps. Finally, he is president of Sogepa, an « investment fund that meets the criteria of a private investor « , where the board of directors mixes politicians and businessmen.

It is useless to lengthen the description, because it is only a question here of underlining the friendships, connivances and accointances of the boss of the RTBF which can suggest us his ideological positioning. Trial of intent? No. Because even a normally constituted 10 year old child, in view of all this, could understand that when Philippot goes to dinner with Colmant and Levaux, the probability that he will evoke the means of taxing millionaires or the necessity of stopping the diktat of economic growth, is as great as that of winning the Lotto. It is also for this reason, and others, that after 16 months of silence on the Kazakhgate affair, Dider Reynders ran little risk in giving himself up to the journalists of Jeudi en prime on RTBF.

THE RTBF AND POLITICS

Jean-Claude Marcourt, minister in charge of the media, got to know Jean-Paul Philippot when he was in the cabinet. They have since become  » real friends « (1). Both like  » spend hours at the table to remake the world « , but also perhaps to discuss  » digital revolution « , to achieve the goal of visions 2022 « (2) of the rtbf aiming at the  » convergence, digitization, globalization « , for  » a world that will be digital and global . Are they talking about the abolition of advertising on RTBF? His « great complicity  » with the boss of the advertising network (RMB), Yves Gérard, Anne Bataille, CEO of Aegis Media Belgium, or Martine Clerckx, founder and associate director of the strategy consulting agency Wide, makes us doubt.

The media and politicians rub shoulders and do more than just like each other. The latter, sitting on the RTBF board of directors, ensure the partisan interests, in solidarity with the « thinking » of their political group. Among the effective members of the RTBF Board of Directors: 6 PS, 5 MR and 2 CDH. Some of these members sit on the remuneration committee that sets the salaries of RTBF’s directors (see box). It is therefore a matter of the latter taking care of those who decide what falls into their pockets at the end of each month, even if the MR emphasized the lack of transparency and the  » nebulous  » remunerations at the head of the RTBF (3). By way of thanks, it will be left to the Board of Directors to establish the modalities that will establish during  » European, federal, community and regional, provincial and municipal elections (…) a specific information system that will allow citizens to understand the issues at stake in the elections « . Device favoring the MR, the PS and the cdH…

At RTBF, democracy still has a long way to go…