Is the great mute going off the rails?

In 2016, La Dernière Heure published the results of a survey according to which 81% of Belgians had confidence in their army. It was the public institution with the largest trust capital. After a very colorful summer, it is not certain that our military will win such a score again(1).

What explains this situation?

What to say about this case, except that it leaves a bitter taste in the mouth. Indeed, there are a considerable number of incidents and incongruities that leave one wondering. Officially, a member of our armed forces sends two threatening letters to a dozen people (one to the police and the other to his girlfriend). According to the media, these people are the virologist Marc Van Ranst, the Minister of Defense Ludivine Dedonder, Conings’ superiors and the lawyer of his ex-wife. In his letters, he also attacks the mosques(2). He disappeared into the wild with four LAW rocket launchers and small arms.

The problem is that he has been on file with the State Security for belonging to the Flemish nationalist extreme right for 6 years, and as potentially violent. Numerous alerts do not appear to have impacted Conings’ career(3). He is even able to obtain the famous rocket launchers without the slightest control, even though his function as an instructor of troops going abroad does not require the use of this type of weapon.

In short, one may wonder whether the SGRS, the army intelligence service, was not complacent with Conings by allowing him access to heavy weapons in sometimes important functions (he was, for example, MP in charge of the protection of the Parliament and the representatives of the Nation).

The reaction of the army then seems totally disproportionate. When the alert is given, all excesses are allowed: Law enforcement no longer has to follow the rules of self-defense. Several newspapers report shooting instructions to kill without warning and on sight(4). German, Dutch and Luxembourg reinforcements were called in, as they had no police powers on Belgian territory. And the Belgian army is going to make a mess of heavy means with helicopters (including an NH-90) and armored vehicles. The official bill will be 867,000 euros(5). All this to discover that Conings would have committed suicide in the days following the beginning of the research whereas his body is discovered only 35 days after(6).

The discovery of the body is also uncomfortable. It is made by a liberal mayor (Open VLD), close to the government, and a hunter, in an area known to be inaccessible but close to a bicycle path. This area is « just » outside the army’s search perimeter… It is invisible because of the ferns. While these are tiny at the beginning of the manhunt.

Worse, many media outlets are reporting an unexplained shooting at the beginning of the search(7). If we add to this that the family does not have the right to see the body and cannot have an autopsy performed… The icing on the cake is probably the statement of the hunter who strongly doubts the hypothesis of a suicide given what he saw (position of the body, wounds etc…).

How can we be surprised then that a real cult is born on the site of the discovery of Conings’ body(8)? We wanted to create a hero for the Flemish nationalist cause, impossible to do better…

On July 13, 14 and 15, catastrophic floods hit mainly Wallonia, killing about 40 people. The army, whose primary mission is to help the nation, will intervene very late to help the population(9). Cédric Halin, the mayor of Olne, has just confirmed this:  » I don’t have any personal grudge against the military, but we didn’t see any equipment on the ground for a good ten days.

A thorough study could try to understand this delay, in particular for a series of well-placed units such as the 12th Line of Spa or the 4th Engineers of Amay. However, we decided to try to understand this delay in relation to the intervention of the NH-90 helicopters of the Air Component. In fact, these are ultra-modern devices that are considered very effective in this type of situation.

In particular, the NH-90 NFH version in service with the 40th Search and Rescue Squadron based in Koksijde, whose normal job is all-weather sea rescue.

Belgium has 4 TTHs based at Beauvechain and 4 NFHs based at Coxyde. In fact, the TTH specimens are already very useful because they must be able to infiltrate commandos behind the enemy lines, so a fortiori, they are able to recover victims of flooding in the valley of the Vesdre…

These little jewels are more expensive to operate than an F‑16. They are even the most expensive flying aircraft in the Defense. (15,000 euros/hour of flight) What do our NH-90s do during floods? As a reminder, they start on July 13. An article published by l’Avenir.net on July 16, 2021 (Intempéries: un premier hélicoptère de la Défense engagé, hier  » The weather was too bad to intervene  »), gives us some answers: « An NH90 helicopter of the Defense took off Friday morning from Bierset (Liege) to participate in rescue and evacuation missions in the flooded areas where people are still waiting for help ». Kurt Verwilligen, spokesman for the air component, said this on Radio 1 (VRT) this morning. The Defense also communicated it via its website on Friday morning: the helicopter came to the aid of people stuck on a roof in Pepinster (province of Liege).

On Thursday, the helicopters could not be used because of the weather conditions. This was confirmed by the Defense Department on Thursday evening in its assessment of the aid committed.  » Several Defense helicopters are on standby for rescue and evacuation missions in the province of Liege, including an NH90 NFH rescue helicopter from the 40th Search and Rescue Squadron of the Coxyde base. It is parked with its crew at Liege airport since Thursday morning « , the army said at the time. It was this helicopter that finally flew its first mission on Friday morning. There is also a rescue helicopter of the French civil protection which had reached Liege on Thursday. The weather limited visibility on Thursday, making it dangerous to take off the aircraft.  » High-voltage lines are shown on the maps but not, for example, construction cranes, the spokesman explained Friday. Other helicopters could still be engaged on Friday. The military is also at work with numerous personnel, trucks, boats (several of which had to return to the barracks on Thursday because they were not powerful enough to face the current), sandbags. Belgium has made use of the European Civil Protection Mechanism, which allows it to receive offers of assistance from other countries. For example, France sent a team of dozens of rescue workers and a rescue helicopter « .

From this article, we can ask ourselves some questions:

» The NH-90s of Beauvechain have fulfilled their mission: about twenty vehicles have been extracted from the waters in the Liège region.

4) Important maneuvers in the Ardennes in October

The general staff has planned major maneuvers in the Ardennes for early October. It’s a bit like having a fire in your house only to find out that you had saved water for your pool, when it could have put out the fire. This means that the army did not give the maximum in helping the flood victims. It has voluntarily kept important human resources (man-days) to go and play cowboy/indian in the Ardennes forests. This is outrageous.

So there are questions to be asked. While the Belgian army, supported by foreign troops, put all its energy into tracking down Jurgen Conings, whose death was strange to say the least, it did not put as much zeal into helping the flood victims shortly afterwards. Repatriated from Afghanistan during the summer, it is legitimate to wonder what all this was for and, as often happens, to deplore this enormous waste of money, money that would be very useful elsewhere.

If the Belgian army has always been quite appreciated by the Belgian people, its leaders should not change this situation. Unless some politicians are deliberately trying to break this link between our army and the people. As they are no longer close to it… 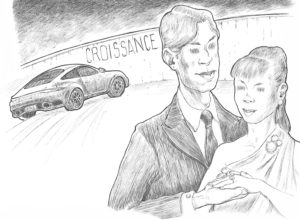 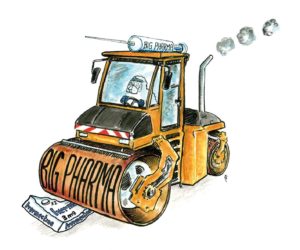