IN CONCLUSION: THE HEALTH ALIBI 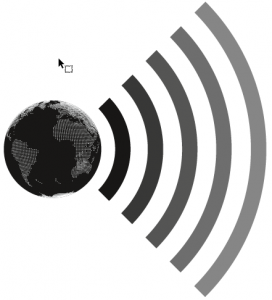 The domestication of the masses is a characteristic of post-war liberal dissociations. In the twentieth century, totalitarianisms attacked bodies through deportation, torture and mass murder. It was less about domesticating than about breaking and terrorizing. In techno-liberal democracies, those in power consolidate their domination by applying soft, « democratic », manipulative and ultimately more effective recipes. This is what the liberal journalist Walter Lippman called the « factory of consent « . This does not prevent these same states from wielding the stick when necessary, as was the case with the yellow vests that were grazed or amputated. However, the authorities always risk a backlash if the victim has the idea to file a complaint. In short, it is better to use the springs of psychology to achieve one’s ends and to bring about a painless, odorless, invisible soft power , a mainstream cultural reality that has already been achieved on the other side of the Atlantic and is in the process of becoming a reality in Europe(2).

What strings have the propagandists pulled so far? From the 1950s onwards, when the economy was being rebuilt and individualism had just moved into high gear, individual freedom became the sacred cow that all Western governments prided themselves on preserving and even boosting through the ever-increasing possibilities of consumption. The rare health tribulations, such as the Asian H3N2 influenza epidemic of the late 1960s, did not fundamentally upset it. Don’t touch my car, my four-fronted house and my vacations, said the petit-bourgeois gentilhomme to the four winds. Next to individual freedom, health is positioned as a second string, capable of swallowing up the first. Common sense says that it is the condition for everything else (which is not entirely wrong). In his name, transhumanists advance their pawns. By means of the NBIC convergence(3), they promise to eradicate all diseases, to prolong life and even to  » kill death « . This is curative medicine taken to its extreme. At the same time, they seek to « increase » all human faculties (physical and mental). This is meliorative medicine. The coronavirus pandemic has shaken things up again. This time, the experts are not only calling for the preservation of health, but of life itself. According to Professor Jean-François Delfraissy, president of the Covid-19 scientific council in France, the absolute priority is to save lives… even if it means sacrificing everything else. Thus, he assured the France 2 news that even after the deconfinement, he would refrain from visiting his grandchildren. André Comte-Sponville answered him indirectly on France-Inter by indicating, following Hannah Arendt, that  » avoiding contracting Covid-19 cannot become the goal of our existence « . A society that no longer has any other concern than the simple biological survival of its members, whose rationality would only be devoted to self-preservation, would be a society in decline(4) to which I would not be proud to belong. What about freedom? What about the needs of the soul? What about human relations? Doesn’t that count anymore?

What does 5G have to do with all this? Francis Leboutte has shown in his article that it is a potential source of various diseases. Pointing this out or simply (asking) questions is immediately labelled as « conspiracy »(5) by the representatives of power who are making a big deal out of the misconception, spread on the Web, that 5G is the cause of the Covid-19 pandemic. Notwithstanding all these unknowns, and in disregard of the timid precautionary principle, our leaders are framing 5G in the health objective, to impose it more easily on public opinion.  » This infrastructure is critical to saving lives in an emergency. New incidents must be avoided « , said Paul van Tigchelt, the boss of Ocam to Le Soir (May 18, 2020), about the sabotage of a GSM antenna related to the 5G rollout in Limburg. The  » shock strategy  » (or  » disaster capitalism  ») is taking hold in Belgium. Will we soon reach  » a super integrated society, a society of spectacle and super control in the name of collective and individual survival, ecology and health. In short, ecological and ordinary fascism(6)  » ? If you do not agree with this program,  » it is necessary to firmly oppose the promises of integral health, a pernicious instrument of normalization of behaviors and dispossession of any form of autonomy over our existences(7) « . And so to consider that saving a few lives with 5G while silently sacrificing millions more is not a valid option.