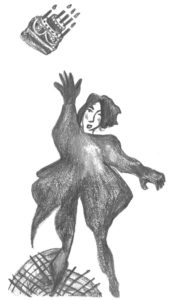 We won’t beat around the bush. Let’s count the candles instead: 50. And I, 73. So. I was 23 years old. Young married just after the military service (it’s crazy how many great people I met in those far away times!). And then: paf. Paf! That’s right. That spring, I was buying Le Monde every day, watching TV, commuting between Liege and Brussels for the cool job I was doing, we were a bunch of great commuting buddies and we were talking a lot. I say this with the utmost conviction: I was stunned, overwhelmed, shaken, turned upside down. Opinions were divided in the smoke-filled compartment on the way there and back. There were people from all walks of life, from all professions. Good civil servants from the ministries of this and that, company executives, politicians in search of promotion; in short, a little bit of everything. And me, in the middle of it all. Until then, my ambitions were limited to acquiring a Mini Cooper, buying a small dachshund-type dog, pampering my little family, going to the Sclessin stadium to see the « Rouches » beat the « Mauves », nothing very exciting, in short. But it was my little life and I was fine with it. And then, at the risk of repeating myself: paf. The slap, the slap, the beating, the fist in my face.

There were, in Le Monde, the only newspaper that was not on strike, extraordinary testimonies: people, from one building to another, next-door neighbors, yesterday’s strangers, young and old, proletarians and university professors, peasants and journalists were talking to each other, yelling at each other, arguing in the streets littered with the cobblestones of the past night’s riot, with the wrecks of burned-out cars, in the pungent and persistent smell of tear gas. And then, we will probably never know why, the students, exhausted by the nights of riots and fierce battles with the CRS, were joined, spontaneously and under the nose of the union organizations, by the workers of the factories of France, the people of the ORTF, the footballers and the artists, the filmmakers and the actors, the writers and the poets, the people of little and the janitors, the doctors and the nurses, the dreamers and all the others. In the cabinets of the ministries empty of civil servants, people were packing, emptying closets, burning archives, preparing to flee or go into exile, and the General-President of the Republic was silent or spoke to say nothing except that « reform, yes, the doglit, no! » And everywhere, more and more, in all the cities, all the provinces and all the departments, they debated, discussed, to no end. The sun was shining like a god and the words were shining like diamonds.

The words: Equality. Solidarity. Unit. Fraternity, coming out of thousands of throats of unheard of gatherings; not seen since 1936. The words on the walls, on the hundreds of posters that came out of the fine arts studios, the words, the ideas, the desires, the hopes and dreams; the words, everywhere. In the workshops, offices, schools, universities and occupied factories, there was laughter, chatter and singing in all tones. And millions of strikers ready to go all the way. At the end of what? We didn’t know it, we didn’t want to know it, we were going to see, time didn’t count anymore, it flowed like a formidable torrent that carried ideas and concepts, crazy projects and thousands of utopias that grew everywhere in a wonderful disorder. I was a sponge. I absorbed everything, I fed myself with an avid wonder. Something was going on. Something truly unheard of, unbelievable, something colossal. A month earlier, Le Monde headlined: « France is bored ». And a joyful and enthusiastic anger had followed, against all odds. Still. The year before, spontaneous strikes had multiplied in several production centers in France, violent confrontations between young workers and the police were commonplace, and the situationists had published, in Strasbourg, at the expense of the UNEF, the famous De la misère en milieu étudiant (On Misery in the Student Environment) in thousands of copies.

And so. I would not be writing all this in a disorder that I am sure will be forgiven; I would never have been contacted by Alexandre Penasse to be part of the wonderful team of Kairos, I would not have had the happiness of decisive meetings, of enthusiastic readings, of participation in a lot of exciting events; in short, I would not be who I am today if I had not known and lived the salutary shock of that month of May. And never mind this « commemoration » as it will be organized by this or that body, all that is of little importance. Those who, in recent times, have found themselves beating the pavement in Paris and other provincial cities to protest against the policies of the current government are, without a doubt, vaguely aware that what they are experiencing has to do with what happened 50 years ago. But, as we know, history does not repeat itself, it stutters. And she doesn’t reheat the dishes.