Freedom is the first security 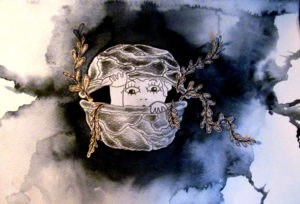 Never has the question of freedom been so instrumentalized and therefore so urgent to redefine. Serious philosophers sometimes proceed in three steps: first, they point out their embarrassment because freedom would be indefinable; then, they refer to the contingencies of action as the common sense accounts for it; finally, they propose a concept that seeks to make this ineffable experience come alive. Why should we want to reflect on what is given in the evidence of action and is hidden in the limbo of thought? Because the meaning of personal existence is at stake and this one offers — or refuses — a possible democratic collective direction. The question of freedom will be examined here using three converging approaches — political, psychological, and philosophical — sometimes anticipated in some of my publications(1).

1. Before being the object of ethical (what is moral action?), psychological (can therapy bring about change? If so, how?) and metaphysical (is creative power more or less arbitrary?) speculations, the concept of freedom was historically linked to the mythology of destiny and rooted in the political thinking of the first Greek philosophers. At the very least, the free man is neither a slave nor a prisoner, of anyone or anything. The freedom to be is the freedom to think, to opine and to act. In classical Greece, freedom was an imperative citizen’s duty, which consisted in participating in the life of the city by promoting, in one’s own way, the common good. During the Renaissance (from Cuse to Andreae), a new anarchist and republican humanism took flight, accompanied by many utopias, all of which remained unfulfilled. With the Enlightenment (from Galileo to Goethe), it became an absolute, individual, if not selfish right (liberalism has always been as much economic as political). Since the end of the « thirty glorious years », freedom is an oxymoron in the sense that it is subordinated to security, which constitutes its negation, as we will see in detail.

To claim that freedom is the first of political securities is of course to reverse the formula that we owe to Alain Peyrefitte: « Security is the first of freedoms » (1981). This makes it possible to indicate a double thesis: on the one hand, only liberty can guarantee a certain security; on the other hand, to claim that security is respectful of liberty is an aversion equivalent to liquidating liberty and making security impossible.

How did we get here? The immediate context of this demotion, which ultimately amounts to turning the political world upside down, is to be found in the « years of lead » (1968–1988), which saw the emergence of terrorist movements, apparently of Marxist-Leninist inspiration, but factually piloted from outside(2). Terrorizing public opinion is clearly the easiest way to facilitate an economic transition without endangering the privileges of the oligarchs. The « years of lead » originated in the autopsy of extractivism carried out by the Club of Rome (1968–1972) and the first oil crisis (1973). After three centuries of liberalism, neo-liberalism feels the need to deny itself while maintaining its vulgate: this is what we call façadism. The end of the « thirty glorious years » is thus the end of social security and « market » democracy.

2. A psychological approach is also enlightening; it will suffice to contrast Abraham Maslow and Bruno Bettelheim to be convinced. Maslow first expounded his pyramid theory of needs (« needs », « drives ») in 1943(3). It relegates, volens nolens, freedom to the rank of epiphenomenon of necessity. The human being would first have physiological needs (breathing, hunger, thirst, sexuality, sleep, elimination), security needs (stable and predictable environment, without anxiety or crisis), belonging and love needs (affection of others, intimacy), and esteem needs (self-confidence and self-respect, recognition of others) before being able to express the need for self-fulfillment (freedom, spontaneity, morality, creativity). Maslow is in the tradition of Piaget’s developmental and genetic epistemology. In Les Origines de l’intelligence chez l’enfant (1936), Piaget distinguishes different stages (or periods): sensorimotor intelligence (from birth to 2 years), preoperational intelligence (from 2 to 6 years), operative intelligence (from 6 to 10 years), formal intelligence (from 10 to 16 years). It is well understood that the child first needs a stable environment, affection and self-confidence before being able to claim to fly on his own and, more particularly, to free himself from these contingencies (4).

Let’s say that the little man reaches adulthood, which would be the age of reason, does this mean that the pyramid of needs remains as unshakeable as Maslow at Brooklyn College? This is not the opinion of his contemporary Bettelheim who, to simplify, puts it on its point. The difference between the two theories lies in a particular traumatic experience: Bettelheim’s internment in Dachau and Buchenwald in 1938–1939(5). His conclusions are radical: when an individual is caught in a dehumanizing device and his physiological needs, security, belonging and self-esteem have been systematically destroyed (as they can be in any toxic environment: family, professional, sports…), there remains only the spiritual need, understood in the broadest sense, on which to rely for survival. We can only live, finally, by giving meaning to our existence, if morality, creativity, freedom and spontaneity still mean something in practice. This is where the real security lies, the labile base on which to dance through life. Of course, as the image of the inverted pyramid shows, this foundation is unstable, uncertain, alive, but such is the human condition. Nothing is ever given once and for all; it is necessary to constantly reconstruct the meaning on which an always precarious balance can exist.  » All of life is risk. Living without taking risks is not really living. It is to be half alive, under spiritual anesthesia(6). « That’s what « freedom » means.

3. One can then philosophically overcome practical contradictions and theoretical paradoxes. Whatever cosmology one adopts, life can only be understood as freedom. If we had to radically simplify the possible schemes, we would contrast dualism — which puts the spirit, and therefore the human being, at odds with matter, and therefore the world -, and monism, which understands spirit and matter using the same categories. Dualism posits the superiority of mind over matter and conceives of man’s freedom as the figure of his absolute ascendancy (or even transcendence) over the, or his creation. Monism sometimes empties the concept of freedom of its meaning, without however being able to evacuate it completely, and sometimes attributes freedom to the totality of beings:  » He considered life, and understood it and conceived it as the bearer of the spirit(7) « . More precisely: if freedom simply consists in choosing — preferably rationally — between pre-existing alternatives, it only ratifies the causal (deterministic) order of the world. Politically, this happens during elections, which constitute a frighteningly perverse device: one abdicates one’s power as a citizen for a candidate who never proves reliable for long in an increasingly monochrome (brown-black) political spectrum; when liberticidal decisions are taken, the classic perverse mechanism is called upon: the executioner convinces the victim that he or she is responsible for what happens to him or her, and that it is the free play of democracy that inevitably produces its effects. What could be safer than giving up your freedom to a secure, competent, successful and, ultimately, so likable pervert? Psychologically, this is equivalent to going in circles in one’s mental prison, refusing the risk of change, of going through the door, of creating one’s own future. François Roustang describes therapeutic work as the incentive to  » take a path you don’t know to end up in a place you don’t know to do something you can’t do(8) « . On the contrary, it is necessary to consider that the free act breaks the past causal chains to establish a new existential framework. The free act is thus not comprehensible a priori (reason relates everything to the known, it cannot seize the interior life, what is done; it seizes only what is already done(9)); it is only partially analyzable a posteriori. The truly free act is rare and the call of freedom can be anxiety-provoking, in the sense that anxiety is the vertigo that accompanies the moment when the door of our mental prison opens, but we refuse to cross the threshold because we would then be giving up the lure of security(10). Living requires overcoming the double binds instrumentalized by totalitarian politics and toxic relationships. Vertiginous freedom therefore, which sends us directly back to the meaning of our earthly trajectory, to its finiteness, and to the responsibility we have to respect the life in us and, through it, the vital impulse in its totality. There can be no security in the imperative Die and become who you will be.