FAKE NEWS ARE NOT THE PREROGATIVE OF SOCIAL NETWORKS 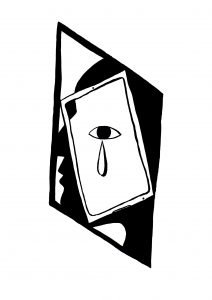 The following text was proposed for publication to La Libre Belgique, which refused it, for reasons of editorial balance (1). It was then proposed to Le Soir who did not bother to respond. I therefore take advantage of the welcome I am regularly given by Kairos to make it known. I have the weakness to believe that it is interesting and … disturbing.

It is fashionable to make fun of the fanciful or unsubstantiated information that abounds on social networks. It is legitimate to be indignant when false news (it is more modern to say fake news) is spread in order to deceive or manipulate public opinion.

That said, it can be tempting to label as fake news (or even conspiracy theories) statements or comments based on verifiable facts or credible studies that have the misfortune of contradicting the dominant discourse. Some journalists do not always resist the temptation to use amalgam to discredit a controversial or politically incorrect thesis.

In this period of the beginning of physical deconfinement, it would be regrettable to see the insidious installation of another confinement, that of thought, whose consequences would be dramatic for our democratic functioning. These are not theoretical hypotheses, but observations that are easy to verify. For many months now, the press has been generously relaying enthusiastic speeches and forecasts about the advent of 5G from the telecom industry.

Critical positions, which are becoming more and more numerous and well-founded, from citizens’ associations, but also from scientists concerned about the potential impact of 5G on the environment, health and planetary balance, are barely mentioned. Worse, when they are, it is to submit them from the start to the generally peremptory and contemptuous opinion of the spokesmen of the industrial bien-pensance.

A step further was recently taken with a statement from Proximus CEO Guillaume Boutin, claiming as proof of the safety of 5G deployment the following:  » There are 30,000 studies on the impact of electromagnetic radiation from cell phones. None of them indicate that there would be a health risk « . (Interview of April 3 in La Libre Belgique). The chairman of the Proximus Board of Directors, former minister Stefaan De Clerck, made the same statement at the group’s general meeting (see L’Echo of 16 April 2020). This statement is a gross untruth. Either Messrs. Boutin and De Clerck are either ignorantly making things up, or they are lying in the most cynical way.

In any case, this is fake news aimed at misleading public opinion. This is unacceptable coming from people in charge of a public service company. That Messrs. Boutin and De Clerck say that the scientific literature does not allow to affirm the harmfulness of the electromagnetic radiations linked to the mobile telephony, could still be understood. This is completely false, but it is true that scientists close to industry continue to proclaim it on the basis of epidemiological studies that they consider inconclusive. They would at least have some references to fall back on, whereas their statement is not based on anything.

This is all the more serious as this same statement has obviously inspired Minister Philippe De Backer. In his answer to a recent parliamentary question (Wednesday, May 6, 2020), he said,  » The health aspects of radio frequencies and in particular those used in mobile telephony are the subject of various scientific studies. For more than 30 years, multiple studies have been conducted. The evolution of these studies is continuously monitored. On the basis of these studies, no link has been demonstrated between the emission of waves and any danger to health, provided that these emissions remain within the limits recommended by the World Health Organization.  »

The Minister is thus proving to be a faithful spokesperson for the telecommunications industry. He should take note of the many scientific publications that contradict his statements. He should also take note of the report of the Superior Council of Health of May 19, 2019, which, regarding exposure to non-ionizing radiation, recognizes that microwave radiation has been shown to act via activation of voltage-dependent calcium channels, inducing biological effects at non-thermal levels (i.e., below the limits recommended by the WHO, which recognize only thermal effects).

With regular or, worse, continuous exposure, these biological effects can lead to serious health consequences, especially for children and embryos.

Many risks of health damage are identified:

Moreover, the Minister pretends to ignore that 5G will implement new frequency ranges (3.5 and 26GHz) for which biological impact studies are rare.

When we deplore the loss of public confidence in politicians, we should first ask ourselves about the attitude of these same politicians. Trust must be earned above all else. This is also true for the media. The ambient technologism has made many journalists switch from critical thinking to belief. This is particularly interesting when we are confronted with societal issues as decisive as the generalization of 5G.

Paul Lannoye
Doctor in Physical Sciences, President of the Grappe.