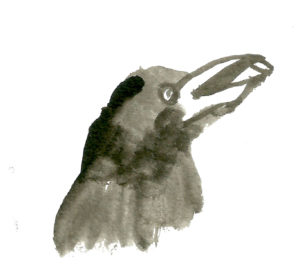 Tzeu lou said:
« If the Prince of Wei were waiting for you to settle public affairs with you, what would be your first concern? -To give everything its true name, » replied the Master. (Confucius, Talks, XIII.3)

Censorship, which we are trying to contextualize here, is defined by Le Robert (1979) as « the prior authorization given by a government to publications, shows ». This political meaning is, of course, far from being the only one, as shown by its long history, which is religious (the fight against heresies…), political (the subversion of anarchy…), moral (the fight against pornography…), and military (the management of disinformation in wartime…). Sade, for example, was able to benefit from the censorship of the Monarchy and the Republic because he transgressed the religious, political and moral orders at the same time. We will see that covidism activates all these dimensions at once. What is covidism? A very particular version of scientism, that is to say the ideology according to which science, and it alone, will defeat the Darkness. As if the question of religious obscurantism were not already very embarrassing, the scientist, precisely under the cover of fighting against all forms of sectarianism, obscurantism and superstition, creates a religion whose power of nuisance has now clearly exceeded that of the three monotheisms combined… This postmodern religion is best examined in the light of the historical characteristics of Nazism. This shows the power of the wave that seeks to submerge civil society, as we are beginning to see in France with the establishment of a new form of apartheid. So let’s follow the right advice of Confucius and correct the terms that need to be corrected.

In the democratic framework that is supposed to be ours, only the State has the right to define and apply censorship. As an infringement of a fundamental and constitutional freedom, it must be justified by the societal danger that the expression of this freedom represents. To clarify what we are talking about, it is appropriate to distinguish philosophically between freedom of expression and freedom of opinion.

Freedom of expression is about the ability to express an argument without coercion or ostracism. It requires two things: on the one hand, to specify the premises, the data exploited, the method used and the consequences that follow; on the other hand, to agree to debate these four facets. To put it very simply: it constitutes the backbone of political life and therefore presupposes only the quality of citizen.

Freedom of opinion is about the epidermal — possibly sophisticated — expression of a personal feeling, a probability, a hope. On the contrary, it belongs to the private sphere and is not the prerogative of anyone. There is no debate possible here; at the most, one can oppose another opinion which, in its very subjectivity, will be just as valid.

An examination of this difference reveals that, in a framework that claims to be democratic, freedom of expression cannot be muzzled and freedom of opinion must not be muzzled. As soon as there is censorship, there is a denial of democracy. We often think of the fact that censorship characterizes authoritarian, dictatorial or totalitarian regimes. Certainly, but if the public expression of an argument is considered as a threat, it means that citizens have not received the tools allowing them to grasp the stakes of the democratic debate and that we must fear their political naivety, their permeability to propaganda, their sensitivity to rhetoric. On the other hand, if citizens feel the need to expose in the public sphere what belongs to their intimacy, it means, here too, that the foundation of politics, and thus of democracy, has been destroyed — or even, as in the case of totalitarianism, that the public and private spheres, after having been inverted, have been purely and simply dissolved.

Finally, we note that at present only freedom of expression is under attack. The freedom to tell, without reason, absolutely anything to anyone, is, on the other hand, encouraged — this is the principle of « social networks » and other « reality shows ».

Consequently, it is not possible to maintain both the democratic claim and the necessity of censorship. The question bounces back masterfully when we question the emergence of a new form of censorship that is not unlike the way religions proceed as soon as they are allowed to do so (i.e. as soon as the State has an interest in it): censorship no longer produces its most remarkable effects within a framework that would be constitutional, but within that of the logic of power of the oligarchs and their multinationals. The bifurcation point was likely reached when Facebook, Instagram and Twitter censored the President of the United States in January 2021. What authority do they have?

Theauctoritas is moral; it is it which founds the exercise of the power in the noble sense of the term (the  » potestas  »). Etymologically, it is the relative of growth («  augere  »), of the one who makes grow («  auctor  »), of the one who is venerable, consecrated (« Augustus »). Authority thus signals a pedagogical relationship, in the sense that the pedagogue seeks to promote the growth, and thus the autonomy, of those in his charge. It must, at the same time, transmit knowledge, and thus tradition, and foster autonomy, that is, the ability to dialectically go beyond this tradition. The German language proposes a term that has had a great impact on Hegelian philosophy (but not only):  » Aufheben  » can be translated as « to remove by preserving », « to exceed by coating ». To educate is to create bonds that liberate.

This means that authority is the correlate of responsibility. The authority of a person is recognized by his or her concern for others and the community. Precisely: when Arendt wonders about the historical roots of the crisis of education in the United States (which dates back to the 1920s), she diagnoses a crisis of authority, which she interprets as a crisis of the transmission of the world that originates with the breakdown of Modernity (the  » mente concipio  » of Galileo, in 1638), that is to say a rejection of the tradition, an individualistic (egoistic) refusal to transmit the common world, to hear what it has to say to us, and to inscribe itself in it(1). In fact, Milgram’s experiment (1963) shows both the pathological submission to authority and the illegitimacy of the latter(2).

The state has lost all authority since 1968 and has never been replaced. Politics is now only a place of power that has been progressively invested by private actors. The bankruptcy of meaning and culture is total; it is in this context that covidism emerges.

Covidism takes up the essential mythology that has been cooked up by communication agencies: an extremely dangerous virus creating a pandemic threatening our democratic and prosperous societies, the need to adopt drastic sanitary measures, including that of vaccinating with an experimental genetic product. Etc. As a scientistic religion, it prohibits the dissemination of information that would be contrary to the dogma. The heretic is either chronically stupid or a fascist (see my « Conspiracy Theory », Kairos 49, April/May 2021, pp. 10–11). As an ideology, it admits no debate of ideas, only paradoxical injunctions and opinionated belches. As moralism, it considers that physical hygiene is the only source of morality and the common good. As militarism, it can make no concessions to the enemy, whether viral or conspiratorial.

Being confronted with the inquisition of scientism is no small matter; techno-scientism is worse for two reasons. First, the synergy between science and technology multiplies the possible and proven nuisances; second, this synergy is itself the product of a Faustian pact with capitalism. Indeed, technoscience provides the practical and ideological tools necessary for the prosperity of capitalist oligarchs (the « investors »). It is also largely responsible for the crises that the predatory and, to put it bluntly, biocidal activity of capitalism periodically provokes. In the end, it is still the one that structures the totalitarianism born of these crises.

In order to understand the nature of the totalitarianism that seeks to impose itself more than ever, it is therefore necessary to understand the stakes (the steering of the global systemic crisis announced by Meadows in 1972), the historical antecedents (Nazism being, by far, the most significant), and the possibilities offered by technoscience to alienate humans definitively (transhumanism lato sensu).

To make a short trial, let us say that the truth of covidism is Nazism. It will not be necessary to repeat the discussion that has been going on for the last few months, or to quote the work of Johann Chapoutot(4). Let’s just remember that (i) the core of the Nazi ideology was a hygienism and a eugenics: it was necessary to preserve, whatever the cost, the purity of the race from all forms of contamination (racial, moral, cultural…); (ii) Jews were seen as vermin to be eliminated; (iii) Zyklon B is a pesticide; its late use was therefore as much symbolic as pragmatic.