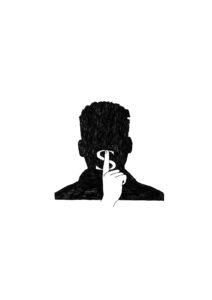 Are we going to see the appearance of a « business secrets » label for companies, comparable to the « defense secrets » of States? The latter allows them to object to the publication of certain information that is too sensitive, and to sue those who would risk publishing it without its authorization. The idea, promoted for a long time by the enthusiasts of economic warfare, is now very topical: three texts on the subject are being examined simultaneously in the European Parliament, the American Congress and the French National Assembly. This is no coincidence: for the European Commission and the EU Member States, the objective is to achieve European harmonization on this point as quickly as possible so that it can be negotiated in the TAFTA (1). The French government, for its part, wants to impose its vision by presenting the EU with a fait accompli by having the Assembly examine, in a hurry, a few amendments slipped into the « Macron Law for Growth and Activity », which is being examined these days by the French Parliament (one of the amendments tabled even provides for allowing companies to request the non-publication of their annual accounts).

At the European level, the draft text on which the Parliament is due to vote in a few weeks’ time creates the possibility for holders of « business secrets » to sue anyone who illegally acquires, uses or publishes them. The intention is to better protect some of a company’s non-patentable but strategic information, such as prototype drawings, manufacturing processes or customer data, from theft. But if the intention is understandable, the definition of « business secret », borrowed word for word from an international agreement of 1994 (TRIPS — Agreement on Trade-Related Aspects of Intellectual Property Rights, annex to the one creating the World Trade Organization), poses a problem.

According to this definition, three criteria are sufficient to identify a business secret: the information (or object) in question must be confidential (known to few people), its confidentiality must have commercial value and it must have been subject to « reasonable » protection measures.

While this definition includes the examples mentioned above (secret recipes, processes, etc.), it also includes any information or document whose publication by a journalist, trade unionist or whistleblower would damage the reputation of the company concerned. It also includes any commercially significant information that an ex-employee might pass on to a competitor if he or she was hired by that competitor: the majority of such cases involve former employees (and the problem was in fact solved by non-compete clauses in the employment contracts). Exceptions exist in the text for these cases, but they are insufficient and, moreover, these exceptions are largely left to the individual discretion of the Member States when they transpose the directive into national law. When individuals may face lawsuits designed to suppress businesses, any ambiguity is dangerous.

One of the information that would be very interesting to continue to know more is indeed the list of clients of public relations agencies. Indeed, if certain practices of this industry are sometimes difficult to defend morally, the same is true for some of its clients, starting with some of the most brutal regimes on the planet. The small report « European PR firms whitewashing brutal regimes » that we have just published tells some stories about Gplus, Burston Marsteller, Levick, M&C Saatchi, Hill & Knowlton, Weber Shandwick, BGR Gabara, Bell Pottinger, Portland Communications… So many names not well known by the general public, while these European and American public relations agencies work for regimes such as Russia, Azerbaijan, Uzbekistan, Nigeria, Qatar… helping the image of all these authoritarian regimes in the Western media. It is to be hoped that the recent resolutions in favor of freedom of expression and information will be used to oppose these threats, and more broadly against the ongoing assaults on what remains of democracy in Europe.

Thus, the TAFTA: among the many problematic points in these trade negotiations between the EU and the US is the question of international private arbitration tribunals, open to complaints by companies against states that have taken decisions that are harmful to the profitability of their investments. In response to the protests, the European Commission organized a public consultation, which received a record number of almost 150,000 submissions. 97% of the participants were against the principle of such tribunals in the TAFTA and CETA agreements (a similar treaty with Canada is currently being approved). The Commission’s response was… to leave the provisions on this point unchanged in CETA, and to organize new public consultations on TAFTA to improve the system, repeating that the final decision will be taken anyway by the negotiators and Juncker and Timmermans themselves (respectively President and Vice President of the Commission)

There is another important point of the TAFTA that is important to know and denounce, at the risk of repetition: the mechanisms of permanent « regulatory cooperation » currently being discussed between the United States and the EU.
These mechanisms would allow the two partners to negotiate in the longer term on the stumbling blocks encountered in the negotiations — such as chemical regulation, sanitary treatments, plant biotechnology or banking regulation. While the term « regulatory cooperation » sounds innocent enough, the proposal currently on the table would remove some of the most problematic issues in TAFTA from public scrutiny.

The body supposedly in charge of overseeing and developing regulatory cooperation would be the « Regulatory Cooperation Council ». It would be made up of senior officials from the European Commission’s Secretariat General, the US and EU trade authorities, the US Office of Information and Regulatory Affairs (OIRA) and « stakeholders » (i.e. lobbyists). This new kind of transnational public institution would add a « transatlantic » layer to the legislative and regulatory process, with a particular reading filter: to remove « barriers to trade », in other words the existing (but also future) differences between European and American regulations applicable to companies. An amazing combination of analytical autism and political power. These officials could, even before a bill is discussed by elected officials, weaken or even oppose legislative proposals to regulate economic activity, or conversely promote legislative proposals that would reduce requirements for business.

It must be emphasized that this process will take place upstream of the usual democratic decision-making channels on both sides of the Atlantic, preventing national parliaments and regional and local councils from being fully involved. Good ideas for regulation in the public interest could be stopped before they are even discussed by an elected assembly. Conversely, ideas that favor powerful business interests could be presented for adoption as such, take it or leave it, with no room for elected officials to change them, based on a prior agreement between lobbyists, EU and U.S. authorities and a select group of unaccountable officials. Regulatory cooperation could seriously weaken the democratic control of future legislation. Its implementation within the framework of TAFTA raises fears of a future of behind-the-scenes attacks on regulations, with senior officials and lobbyists as the only protagonists.