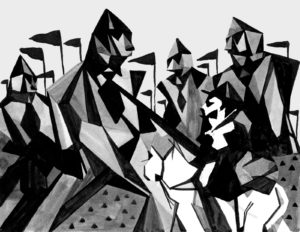 FINDINGS: EVOLUTION OF AGRICULTURE IN THE PHYSICAL, DEMOGRAPHIC AND ECONOMIC SENSE

The Belgian agricultural sector lost 63% of its farms between 1980 and 2010. During 30 years, in Wallonia as in Flanders, the continuous decrease in the number of farms was 3.4%/year on average. This represents 41 farms that disappear on average every week in Belgium. In 2011, the number of farms in the country did not even reach 40,000, compared to about 114,000 in 1980! At the same time, the average area per farm has more than doubled, while the number of farmers has decreased by 56%. At the same time, the labor force employed in agricultural activities has decreased by 45%. This important decrease in labor is the result of the decrease in the number of farms but also of the very important mechanization of the agricultural surfaces and the search for the limitation of the production costs. Social charges on wages limit the hiring of farm workers by farmers who prefer to hire under the table during the peak season when labor needs are greatest. It is a sad fact that we are witnessing a concentration of agricultural activity and means of production in ever larger farms!

This decrease in the number of farms and farmers is not isolated and this phenomenon is observed throughout the European Union. After 50 years of the Common Agricultural Policy, 80% of the farmers in the Union have been eliminated. The causes of this evolution are structural: the logic of productivism led by an ultraliberal policy and the competition of European agriculture on the world market. Following the WTO agreements signed in Marrakech in 1994, which led to the alignment of prices in the EU Member States with world prices, agricultural products were put on the same footing as other industrial market goods, whose marketing was liberalized by abolishing price and production volume controls and tariff barriers.

The productivism put in place by the CAP since 1962 has pushed farmers to produce more and more, first to be self-sufficient, then to be competitive on the world market. But overall, this increase in product supply has led to a decrease in prices. Currently, the absence of real rules to regulate markets and trade and the end of the « Community preference », a mechanism to protect the production of the European internal market, prevents the achievement of remunerative prices for producers. The situation of overproduction and speculation on the world markets puts in competition products that have not required the same means of production (costs) and have not been subjected to the same environmental and sanitary rules.

The lack of transparency in the distribution of profit margins along the food production chain also allows intermediaries (processors — distributors) to put pressure on the prices paid to farmers. The latter must now be given real weight in negotiations with the industry, particularly through producers’ organizations.

Today, many farmers have made large investments and are trapped in the system. Over-indebtedness in over-equipped farms is the cause of many bankruptcies and the abandonment of the profession for some. No longer competitive enough, they disappear and their land is taken over by large producers who inexorably expand.

The surface area devoted to agriculture in Belgium is about 50% of the territory (agriculture and permanent grassland). Agricultural land occupies most of the country’s surface. Over the last 30 years, the UAA (useful agricultural area) has remained rather stable and is between 1.3 and 1.4 million ha. However, from year to year, we observe an increase in the built-up area that competes with agricultural activity, especially in Flanders where the population density is very high. This pressure on land has led to a fourfold increase in the average price of land in 30 years. In comparison with the land value in the European Union, the price of land in Belgium is 170% of the average. The average price of land in Belgium is between 20.000 and 25.000€/ha but can be as high as 40.000 or even 50.000€/ha, depending on the agricultural region and the quality of the land. Without counting the envelope under the table, also called « hat » (generally between 5 000 and 10 000€/ha),… Given the strong competition for land, the highest bidder wins!

The purchase of land for other economic activities and the investment of large amounts of capital in land, leads to significant speculation on agricultural land and increases the phenomenon of farm concentration. This speculation makes it increasingly difficult for the agricultural recovery. The number of farmers under 35 years old today is only 5% of the total number in the Walloon Region. In Belgium, only 16% of farmers over 55 years old declare that they have a successor… The lack of attractiveness of the profession and the financial perspective of the activity leads to a loss of interest among young people who only see it as a profession that no longer allows them to earn a living.

The current agricultural model is characterized by specialization in both livestock and crops. Mixed farms ensuring a balance between crop and animal production have been supplanted by specialized farms. Livestock farming is less and less linked to the land (off the land) and monocultures have developed strongly (cereals, field crops). Unfortunately, hyperspecialized regions based on a single production quickly become vulnerable. The grassland region of Liege, for example, which specializes in milk production, is highly dependent on fluctuations in milk prices. Dropouts and discouragement upon recovery are very common. The livestock sector in general is experiencing many abandonments due to high production costs (labor, feed, veterinary expenses, etc.), as the selling price of the products does not cover these costs.

In addition, the ever more restrictive sanitary standards pose problems of compliance or installation for small producers and artisanal processors. The cost of inputs (fertilizers, phytosanitary products, seeds), also linked to the cost of oil, is constantly increasing and raises production costs. Political choices and economic agreements between the European Union and third countries have led to a great dependence of European farmers, especially on imported proteins (soybeans) that are cheaper because they are tax-free. Today, the European Union is 70% dependent on soybean imports for livestock feed!

If measures are not taken now at the global level, there will be no prospects for improvement in the sector and family farming is ultimately threatened. The current model is not sustainable and we must react to reverse the trend.

The reform of the Common Agricultural Policy after 2013 is underway. The current negotiations between the European institutions should reorient the CAP to achieve 3 objectives: to ensure healthy and quality food production, to preserve natural resources and the environment, and to develop rural areas in a harmonized way.

The new CAP must allow sustainable peasant agriculture to become the dominant model on the territory of the European Union. For this to happen, the reform must move in the direction of a CAP with greater solidarity and fairness. The new distribution key for direct payments should ensure this rebalancing. A CAP based on solidarity will allow many properly paid farmers to produce a varied, high-quality food in sufficient quantity to guarantee Europe’s food sovereignty, while respecting farmers in third countries.

Diversified agriculture and environmentally sound agronomic practices will ensure the resilience of agro-ecosystems and the provision of a healthy and varied diet.

The objective of preserving natural resources and maintaining biodiversity must lead to the establishment of an ecological spatial network, beneficial in terms of maintaining biodiversity, forming a continuous ecological grid on the territory of the EU. Biodiversity is a factor of production in its own right, the elements of the landscape (hedges, copses, ponds, terraces, grassy strips, etc.) have a regulating role and it is essential to preserve and reinstate these agro-ecological infrastructures. Monocultures, which deplete soil resources and are vulnerable to diseases and pests, must give way to more crop diversity. Practices such as agro-ecology and agro-forestry that have already proven to reduce environmental impact should be considered as innovative practices and receive EU funding as such.

Rural development policy must ensure a better distribution of farmers throughout the European territory and avoid the hyperspecialization of productive areas and the desertification of less-favored areas. The CAP must be an instrument for creating jobs in rural areas and developing the infrastructure necessary for life in these regions. The LEADER programs’ approach using local knowledge must be favored in order to make the best use of local knowledge and practices well adapted to each natural environment.

SOLUTIONS: CHANGE OF PRACTICES — PEASANT AND AUTONOMOUS AGRICULTURE ON THE FARM

As the representative of the agricultural profession, FUGEA wants to give a new impulse to the sector. Our peasant and youth movement wants to promote peasant agriculture on a human scale and respectful of the environment. The training for the installation in agriculture that we are implementing is in line with this.

The policy of installation in agriculture plays a determining role. Good conditions must be created to allow the children of farmers, but also neo-ruralists, to settle and face the problems described above. The agricultural activity is an opportunity for many workers who would like to retrain in the context of the current employment crisis.

Today, we must support agricultural policies that defend autonomous peasant agriculture and multifunctional sustainable agriculture. These models can provide a solution to the income problems of farms by diversifying the productions and activities developed and by the direct sale of products on the farm or in short circuits of local or regional productions. Agro-ecological practices, urban agriculture or the concept of green belts, bringing the consumer closer to the producer, are also part of the solutions.

The global autonomy (fodder, proteins and energy) at the farm level is to be sought in order to make the farmers independent from the agro-industrial system. Forage autonomy requires better management of the grasslands and good use of the feed and forage produced on the farm. Combined with the search for protein autonomy, it is one of the keys to greater independence for farmers on the world market. Savings and energy production at the farm level will make production systems less dependent on hydrocarbons. Concerning forage autonomy, a working group has already been set up in Hainaut. The number of farmers participating in the meetings and information sessions organized by FUGEA continues to grow and they show great interest in sharing their knowledge and best practices.

It is through reflection, awareness and training that we try to convey the message by working directly with the different actors and pillars of society (farmers, citizens, politicians, NGOs, consumers,…). We want to be part of a solidarity economy that could provide solutions to the current crisis.