There is a smell… 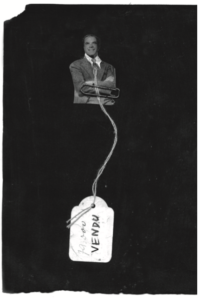 Those of my generation, who have known beautiful conflagrations and great figures, political and otherwise, are obliged to note that never, in their lifetime, will they have had before their eyes the absolutely disgusting spectacle offered by the present news, marked by the unspeakable scandals of which are now customary all that counts as representatives of all sides of our panting and grotesque so-called democracies. Money scandals, lies, misrepresentation of the whole reality, fiddling with figures, double talk and wooden language, massive assault against the most elementary freedoms, relentlessness against the poor here and elsewhere, these people, with impunity and even hailed here and there — by the press and its dazed readers — as brave and devoted servants of the public thing, are in truth only the agents of the worst enterprise ever conducted against the freedoms and rights of the citizens And the assault is universal, it has no borders and no limits; everywhere, people and in all aspects of their lives, are besieged in a thousand perverse ways. Of course, managers and principals argue that the current economic and financial times are tough and that they are not responsible for the measures that have been decided upon and applied without the reactions that one might expect.

It is also true that the way things are presented is both subtle and pernicious; government communicators are masters in the now consummate art of saying everything and its opposite. In our country, for example, and with regard to the painful problem of unemployment, one day, in high places, it is said that the situation is improving, that there has been a significant drop in the number of job seekers, and the next day, we learn from the press that the number of people who have been struck off the list of unemployed and excluded from the labour market is constantly increasing, which explains this. As for the long-term unemployed, they have nothing to lose by waiting since the latest innovations, born in the brilliant brains of some of our dear elected officials, propose, no more and no less, that these lazy people be put at the service of the municipalities and other CPAS in order to do highly gratifying little jobs such as shopping for the elderly, picking up dog poop or helping mothers overwhelmed by their children Of course, these extravagant suggestions come at a time when the first skirmishes of next year’s electoral campaign are underway and it is a matter, isn’t it, on both sides, of reaching out to the widest possible audience and of not missing any opportunity to appeal to simplism and gutter demagoguery. In this ignoble game, we see how tough the competition is and at what level of ignominy one is ready to rise, from the pseudo-socialist left to the liberal right, passing by this humanist party which still has the nerve to present itself as being in the center of the political spectrum. As for the cautious and timid protests of the trade union world in the face of the increasingly determined assaults of the ruling class on the world of work, the unemployed and the poor in general, they will not surprise us any more than the positions of the same apparatuses with regard to the announced collapse of the economic and monetary system. Positions and analyses — the same as those of political leaders of all sides or more or less — which go against any form of questioning of the deadly headlong rush to which the owners of the world condemn us.

For, as we can see, the necessary and imperative awareness of what is the risk of a real descent into hell for the whole of humanity is still only the work of a handful of scientists who, for years, have been publishing the health report card of a moribund planet with almost general indifference. As well as a few whistleblowers in the political and associative sphere who, in vain and insofar as they are entitled to an often congruent place in the columns of newspapers, on the airwaves or in the small window, try, in vain until now, to show how much the perils of all kinds are rising more and more dangerously. For the rest, political decision-makers at all levels of power stubbornly close their eyes or, at best, propose timid and burlesque measures in matters least likely to offend the sensibilities of their potential electors, who, for the most part, are only remotely concerned with these problems. Firstly, because they have other, more immediate and crucial worries, such as wondering what to put in their stomachs halfway through the month, or choosing between paying their heating or electricity debts, between a visit to the doctor or poor clothes to dress their youngest child for the start of the school year. The other part, which is still the current majority, puffed up with its own superbness and disdain, clinging to its miserable privileges that allow it to continue to live similarly and only similarly to the rich, to afford 4x4 cars, to run around the stores and to take full advantage of all the little pleasures that this affluent society offers, this part, therefore, is not ready to give up what it considers to be almost naturally due to it. The people who make up this elite of vulgar consumption are convinced, of course, that nothing untoward can ever happen to them and that it is fine for the world to go on as it is and that, above all, nothing changes. As for those who, more and more, have to justify themselves in everything, are subjected to the vexations and humiliations of Kafkaesque control organizations and to the opprobrium that falls on them in newspaper columns, it is understandable that things as crazy as degrowth or voluntary simplicity cannot have any echo in what takes the place of their conscience, which is diminished, scorned and limited by the sole concern of a survival that is more and more problematic.

Yes, there is a smell. Of decomposition of garbage of all kinds that stink the atmosphere. We, who will soon be seventy years old, have known something that had to do with life, with the desire to live better, richer, with that part of joyful carefreeness that had its roots in a fraternity that was displayed in the workplace, in the streets and in the squares, in a space that was still public, where surveillance cameras were absent. There was still something indefinable in the air that flavored the bonds that were formed in what was still a society of men and women who could name and live freedom and rebel when it was threatened. Our youth is far away and it is dying slowly and with bludgeons, our crazy hope. It stinks of carrion, this time; and it is hardly if we still have the strength to block our nostrils…