THE LIFE OF EUROPE UNDER THE MICROSCOPE 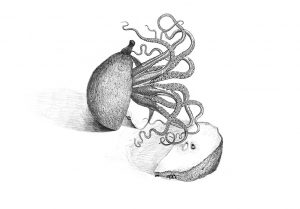 In the world of activism, there are still angry issues. To approach them is to take the risk of quickly increasing the tension, to the point of abusing certain friendships. Emotion then takes precedence over reason and anathemas fly. So it is with demography (« Malthusian! »), with September 11, 2001 (« conspiracy theorist! ») or with our old Europe, with the insults to choose from and in increasing order: europhobe, sovereignist, nationalist, or neo-Nazi to reach the Godwin point. The media effectively relay the Eurolat propaganda, but they are not the only ones to do so. Those who have benefited one day from the emoluments of the European Commission are biased in their judgment and easily draw the argument of authority « I know, I worked there! The ambient political correctness does the rest. Bruno Poncelet, a researcher at the Centre d’éducation populaire André Genot ( CEPAG ), took the risk of criticism and did not take it lightly, if one may say so: his book is 580 pages long and weighs 774 grams. Because there is a lot to tell about this young 60-year-old on whom three or four generations of bureaucrats, industrialists and consumer voters have already fantasized. The author does not claim to be objective. Committed to the left, he dismantles the official dithyramb and calls for a democratic renewal on a continental scale. Because it avoids any technocratic or even philosophical jargon and often uses metaphor (especially family metaphors), the book is easy to read. He has collected the facts seriously and exhaustively, as a fine connoisseur of his subject. The rest is a matter of interpretation and affirmation of values.

In addition to the history of Europe, a collateral benefit of Europe lies in the multiple hats worn by B. Poncelet, an anthropologist by training, who wears them with ease. Poncelet, an anthropologist by training, wears many hats with ease: historian, economist and ecologist, proving that transdisciplinarity is not an empty word for militant researchers. He takes the opportunity to review some key concepts. First, democracy. If it is characterized by political equality, fundamental freedoms, respect for privacy, separation of powers or plurality of media, it must also be economic, otherwise it will be an empty shell. The author tears apart the liberal myths: that of the « natural » and « neutral » market, showing instead its politically constructed character; that of the market that « makes you free », whereas it is increasingly tyrannical; that of « undistorted competition » which turns out to be a real deception: « [.The « free market economy » (sic) knows perfectly well how to resort, when multinationals take power, to the strategies of planning and centralization that were thought to be the prerogative of the former USSR regimes » (p. 175). At the end, he launches into a brief history of the Earth to integrate the ecological dimension into his analysis.

Although the author is very coherent in his reasoning, in the end the reader does not get a clear answer to this question: is Europe a flawed project from the start or has the wine turned to vinegar in the meantime? Consider that there is certainly a bit of both. When political Europe was born in 1952, its founding fathers gave it the prophylactic mission of warding off the spectre of the return of war between the nations of the Old Continent, and in this they succeeded. But it is a Pyrrhic victory. B. Poncelet will dissect the damage one by one. From the beginning, the United States played an interested role in the construction of Europe, from the Marshall Plan, which exported the passion of the American way of life to our country, to the pernicious and underground action of the CIA, the Ford and Rockefeller Foundations and the shadow armies dedicated to the anti-communist struggle. The institutions are scrutinized: a European Council of Ministers founded to preserve national interests and to influence European decisions; an unelected Commission that has both executive power and legislative initiative; a Court of Justice that « serves as the legal guarantor of a law whose democratic legitimacy is questionable » (p. 115); a Parliament created late and with powers that are still limited; and, finally, the lesser-known comitology, « a committee of experts who are entrusted with the final touch of the European decision-making process » (p. 121). In short, in this European Union, the executive power is ultra-dominant. Apart from the official bodies, we still have to deal with the weight of the lobbies, including the European Round Table (ERT), which brings together the bosses of the multinationals. From the moment it came into being in 1985, the « free and undistorted competition » was repeated, the mantra that today explains the majority of anti-social measures in favor of intra- and extra-European economic competition.

Another charge is the « financial waltz » which, starting from Uncle Sam, was ratified in Maastricht in 1992: on the agenda, budgetary rigor, total liberalization of capital movements, a single currency and the creation of the European Central Bank (ECB), independent of political power and whose main mission is to fight inflation. The author goes into detail on the genealogy of the 2008 crisis. The European States have disbursed 1,600 billion euros to save the banks, without any real counterparts to tame the financial markets and claiming to « moralize capitalism ». Competitiveness, mergers and acquisitions, risky investments, high frequency trading and tax dumping were the winners. European economic governance organizes the transfer of important national powers to the Commission. These must first respect technical criteria such as the Golden Budget Rule (the one in the TSCG). The Troika (Commission, ECB, IMF) has acquired managerial powers over government policy. To impose « free and undistorted competition », a stable political order is also needed. Thus, civil liberties are being eroded, externally by the Schengen agreements, internally by the criminalization of social protest, the abusive and subjective broadening of the notion of « terrorist » and the European arrest warrant. These measures are facilitated by the area of freedom, security and justice decided in Amsterdam in 1997. With the proposed Transatlantic Treaty (TTIP), police cooperation between the United States and the EU is set to increase…

The last part is devoted to the environmental disasters authorized by the EU: PCBs, pesticides, lead, GMOs and endocrine disruptors of which « only the dose makes the poison », according to the official discourse. We notice a collusion between health agencies and companies, with the ultimate goal of competitiveness of the latter. On the other hand, the author does not mention the REACH directive which tried to put some order in it… The conclusion is pessimistic: « Tomorrow will be less beautiful than today » (p. 557). The dogmas of the economy are in contradiction with the stabilization of greenhouse gases at 350 ppm. Among the last questions the author asks, the growth objector that I am selected this one: can a world with limited resources support a continuous increase in inequality?