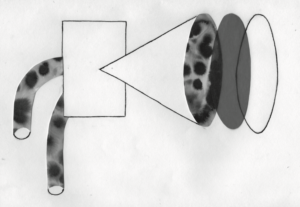 After household appliances, hi-fi and computers, a new bastion is falling into the hands of the permanent obsolescence industry: the cinema.

While the magnetic tape or the audio cassette are distant memories, while even the MiniDisc can seem ancestral; while the CD, after having replaced the vinyl, disappears itself to the benefit of the mp3; while the DVD, after having supplanted the VHS cassette, makes little by little place to the BluRay, which will give up soon to the VOD…

At a time when the perpetual creation of new processors, operating systems and software forces us to change computers regularly; and while we realize that all our archives stored on DVDs or hard disks have a very short life expectancy… After household appliances, hi-fi and computers, a new bastion is falling into the hands of the permanent obsolescence industry: the bathroom.
of cinema.

Since its appearance in the second half of the nineteenth century, the cinema is made and projected with silver film. In 1909, 35mm became the international standard and dominated the other formats (8mm, super8, 9.5mm, 16mm…) until they almost disappeared. This process of manufacturing and duplicating films has always been expensive, but it has largely proven its qualities and its capacity of preservation. Thus, for more than a century, movie theaters have been equipped with a type of projector that has evolved relatively little. If the multiplex cinemas have taken the habit of changing their machines regularly, it is because this turn over was convenient for their business and they sold them in far away places. Smaller venues sometimes used the same projector for several decades. A damaged part? It was enough to change it.

While mutliplexes had managed to crush small cinemas thanks to their size, their larger film offer and their easier access to distributors’ catalogs, technology maintained a form of equality between small and large cinemas, at least in
in terms of image quality and access to projection equipment.
Should we talk about it in the past tense? Indeed, major changes are taking place at a disconcerting speed: with the help of inventions and new standards imposed on the world market, the industry has succeeded in radically changing the situation in a niche market whose commercial potential it had previously under-exploited.

The arrival of digital technology (1) was presented as a major technological evolution: high image quality calculated in millions of pixels, lower cost of duplication of copies, less use of materials and less pollution,… all of which made the prospect of an ecological breakthrough and a democratization of film production and distribution appear.

But that was not exactly the intention behind this new progress… Obsessed with the war on piracy, the major film groups have developed digital as a closed, secure system, locked from all sides. The film copies, now virtual (2), are encrypted and can be used for a specific number of sessions. The projection equipment, which could have been expected to be light given the evolution of video over the last 20 years, is physically massive and often forces theaters to get rid of a 35mm projector to have the space to install a digital projector. The devices do not allow access to the different components, nor to the image and color adjustments, thus condemning the profession of projectionists while introducing that of external technicians, reachable via a paying hotline.

Digital was not designed to coexist with other projection formats, but to be hegemonic. Imposing it on the world seems to have been made all the easier by the fact that the film production and film equipment industries pursue the same objectives, when they do not simply belong to the same groups. Some blockbusters released only in digital format were used as Trojan horses to accelerate the deployment of the new standard (3). In a few months, no one will have the choice: it will be to equip or die, since it is announced that in 2013 35mm prints will definitely cease to be produced. Theaters that have missed the march of digital progress will no longer have access to films.

Eventually, even old films may no longer be shown in 35mm. The texture and depth of field, specific to film, being condemned to disappear for the benefit of the smooth image of digital, it will become exceptional to be able to experience screenings of repertoire films in their original conditions of creation. What about the impact that this transformation will have on the collective memory? What will happen to the film archive when most film copies are encrypted files stored on hard drives of uncertain longevity? What does it matter, you will say, we will invent new storage media…

Meanwhile, commercially, the trick is masterfully played. The « digital transition » is taking place all over the world. The entire film industry is going digital in spades. In many countries, only a minority of distributors and exhibitors are left to take the plunge. And as always, it’s the little ones who have a hard time not being swallowed by the wave. Because the digital bill is high: for a cinema, equipping itself costs at least 80,000 euros for a single room, to which must be added the additional investments that are nonetheless essential for the proper functioning of the thing (new sound equipment, new screen, air conditioning…). As long as you replace the projector, you might as well change everything around it…

Fortunately, in its great kindness, the industry has thought of those most in need. For those who would have difficulties in affording this new equipment, it has invented the VPF: Virtual Print Fee. This system foresees that the distributors give back during several years a part of the savings made on the printing of the film copies (the digital copies being less expensive than the silver ones). This money is collected by « third party investors », which are usually the same companies that already sell digital equipment to theaters. The latter deduct it from the purchase and installation costs invoiced to the theaters, according to a percentage calculated on a pro rata basis of the film’s box office receipts. Showing films in national release and making money is thus becoming more than ever the rule. If a theatre does not earn enough revenue, or if it shows repertory works or films not distributed in its country, it will be fined. Thus, not only are new intermediaries with a monopolistic vocation appearing, but a direct link is also being created between the programming freedom of a theatre and its ability to equip itself. As for facilitating the distribution of films produced outside the commercial circuits, we’ll have to wait and see…

Moreover, the VPF system is only valid for medium-sized cinemas with a classic program. For the others (those who show mainly repertory films, undistributed films, or who do not have access to first release films because they are too small, too far from the capital or generate too little revenue), the VPF is not a solution. So what?

So, this is where the public authorities come in… to put the brakes on the digital industry, while waiting for a collective and in-depth reflection on these technical, commercial and political issues? Not really. Seemingly taken by surprise by the speed of events, the public authorities have rather let the movement go on, or even accompanied it, while trying to fill the wounds. They are therefore setting up, as best they can, support mechanisms for small theaters… Not for all of them (that would be too expensive and would risk triggering legal wars because of « unfair competition »), but at least for those that correspond to certain criteria of quality and quantity. In the long run, a certain diversity should therefore be preserved. But there will probably be collateral damage on the side of the last small cinemas of districts or villages, of the cineclubs, of the itinerant and open-air cinemas…

When this planetary technological standardization operation is completed, the « third-party investors » will have acquired a dominant position likely to influence the programming of all theaters equipped with VPF, while the most « cultural » theaters will have become more dependent on the public authorities. As for the projectionists, they will have been converted into reception staff or unemployed. Only the large-scale sector and the majors will have strengthened their position and profits.

Let’s be happy, there is still one point that will put small and large venues on an equal footing. Every 5 or 10 years, they will all have to face new costs when a new generation of more compact and powerful projectors, a better definition image format, a multidimensional 3D, a scent diffuser, or any other invention providing why not the sensation of a silver projection… And this is not even an ironic prediction, it is already a reality. In some countries, such as Belgium, cinemas that are currently equipping themselves with digital technology are doing so in 2K format: the state of the art at the time they started the process. But elsewhere, in the United States for example, the industry already swears by 4K, twice as accurate!

What will small venues do when they still have to deal with new investments of this magnitude? And will the public authorities finance these industry-driven technological transitions indefinitely?

As we can see, digital technology is not more sustainable ecologically, culturally or politically. Other avenues, based on free and inexpensive technologies, must be explored if we want to allow films of all formats and genres to be shown by a plurality of distributors and theaters that can preserve what remains of their independence.