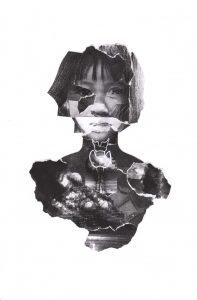 Since 1950, an international commission of experts, the ICRP (International Commission on Radiation Protection), has published its recommendations on radiation protection based on the knowledge of the public and the media.

scientific evidence that it deems relevant. In the immediate post-war period, only high doses of radiation were of real concern to scientists. Low doses, i.e. those that do not cause any short-term effect, were not considered harmless but acceptable because they were insignificant.

Radiation limits have been proposed and adopted by the legislators of nuclear countries. In Europe, Euratom directives have always been based on the work of the ICRP. The latter regularly lowered the exposure limits to radioactive radiation until 1991.

The threshold values proposed in Publication 60 of 1991 and confirmed until the last publication (2007) were 5 times lower than those previously adopted: 1 mSv/year for the public and 20 mSv/year (averaged over 5 years) for exposed workers. These apparently rigorous recommendations could not, however, hide serious shortcomings:

In most cases of environmental pollution by radioactive discharges or waste, there is also contamination by radioisotopes and thus internal irradiation. This is not measured but evaluated from the calculation of the average absorbed dose and weighting factors established on the basis of assumptions and extrapolations. The limit values recommended by the ICRP and adopted in radiation protection legislation (the last update took place in 2013 with the Euratom directive 2013/59) do not refer to the radiation dose but to the « effective » dose, i.e. the sum of the external dose and the average doses absorbed by the various organs; the term « effective » means that only fatal cancers caused by radiation and genetic damage to the first generation of offspring are considered.

Various epidemiological studies of the environment near nuclear facilities were published during the 1980s. They all point to an excess risk of leukemia and cancer in children. All these studies report significant releases of radioisotopes into the atmosphere, the sea or rivers. The ICRP risk model cannot explain the results obtained. These correspond to irradiations 200 to 1000 times higher than those evaluated.

The Chernobyl disaster has led to the publication of a large number of scientific works that confirm the need to totally question the basic postulates, the limit values and the ICRP risk model, as proposed by an international and multidisciplinary group of critical scientists (CERI) set up at the end of the 1990s under the leadership of Chris Busby. It would be tedious to mention all the work, which was the subject of a summary publication in 2009.

The most significant results include

All these results are inexplicable in view of the « low » doses (less than 2 mSv) received by the populations of these regions, as assessed by the ICRP risk model.

Three decisive studies on genetic and carcinogenic effects clearly show the invalidity of both the limit values currently in force and the risk model:

It is now clear that two essential elements of the ICRP risk model need to be questioned. The first one is the way of assessing the risk in case of internal irradiation due to contamination. Calculating an average absorbed dose leads to an underestimation of the risk because the local dose to critical DNA or tissue is much higher than the average absorbed dose for many radioisotopes released by the nuclear industry. The second is the consideration of the average individual for risk assessment. It is clear that the child, and more clearly the child in utero, is the most vulnerable individual in the population. It is logical to take it as a reference for setting limit values that should not be exceeded.

Against all evidence, the ICRP and the recently adopted Euratom directive have not changed the 1991 recommendations. The immobility of the ICRP and the connivance of the radiation protection agencies can only be explained by the difficulty of honestly recognizing the need to change paradigm to explain facts that are incompatible with theory. As it is conceived today, radiation protection does not protect either the population or the workers. On the contrary, it contributes to increasing the burden that will be carried by our descendants.