The state of confinement that entire populations are living in Europe and elsewhere deserves in-depth reflection, while the pandemic has never been anticipated, despite the warnings announced long ago by specialists. If the urgency of prevention cannot be denied because of the virulence of the virus, the unpreparedness to fight it in medical circles and public authorities explains the brutality and the generalization of the confinement of the populations, whereas an anticipation would certainly have allowed much less painful prevention measures. This temptation to resort to authoritarian power is a constant in troubled times. This being said, one must know how to distinguish an autocratic power such as we are experiencing today in France from the notion of totalitarianism.

First of all, we must remember that the notion of totalitarianism, born from the experience of the first world conflict of an industrial nature. demonstrated the vanity of the existing political divisions between democratic regimes based on universal suffrage and the monarchical regimes of Central Europe. Behind this « political illusion » (according to Jacques Ellul’s expression) was hidden the reality of industrial development at the origin of the appalling massacres that affected the European populations. In terms of political principles, the Council of State, in a famous decision (June 26, 1918, Heyries), suspended the principle of legality, in other words that of the rule of law, in the name of « exceptional circumstances », a decision that signals the entry into a totalitarian process. Of course, the second world war helped to perfect this organization even further. Hence the success of this new political vocabulary during the interwar period, a success confirmed at the time by the establishment of the Nazi and Stalinist regimes during a period of peace. The common feature between these two forms of totalitarianism is the central role played by the state and its monopoly of legitimate violence (Max Weber), a monopoly reinforced by the existence of a single party.

As various authors, including my father, have shown(1) and the American philosopher Hannah Arendt, this conception of political power encompasses all dimensions of society and is characterized by both propaganda and terror, which is at the origin of a famous poem by Aragon I call the terror from the bottom of my lungs, which showed the author’s enthusiasm for the communist experiment in the USSR. The economy as well as culture were then put to work to serve the cause by honoring the great leader (Duce, Lider maximo, Führer, etc.), in the same way that science and technology were totally mobilized for the war effort. Of course, the appearances of liberal democracy were sometimes maintained with the formal existence of a constitution, as in the Soviet Union, in contrast to Nazi Germany, where jurists such as Carl Schmitt built a doctrine of justification of instituted power. However, the principles of the rule of law, in particular the independence of the judiciary and the principle of legality, are abolished, as they are the keystone of the rule.

Political totalitarianism is characterized above all by a ruthless repression of any form of opposition, which can go as far as the institution of a real terror instilled in the population, and more precisely in the most educated social categories, which is implemented by the excessive powers of the police. Hence a voluntary submission of the population which is orchestrated by an omnipresent propaganda based on a detour of the political vocabulary, as George Orwell underlined in his time. At the heart of the totalitarian state is the single party, which brings together the regime’s loyalists and careerists and is headed by the great leader. A private space remains within families that escapes the grip of the organization — this is the example of the kitchen in the former USSR -, an exception that disappears with the Chinese regime using digital surveillance technologies on a massive scale, technologies that are now being disseminated in our supposedly liberal Western political regimes that can quickly mutate into a totalitarian mode depending on the circumstances. At this point, humans are considered as nothing more than movable pawns or numbers without any carnal, let alone spiritual, existence.

But, with the law of March 23, 2020 on the state of health emergency to deal with the epidemic, followed by a series of others intended to further perfect the liberticidal device, the public authorities have crossed a spectacular threshold that has even attracted the attention of the UN Commission on Human Rights, of which France was the initiator. As my colleague Paul Cassia said(2), the rule of law is then called into question without any reaction from the highest jurisdictional institutions of the State such as the Council of State and the Constitutional Council. These legislative texts, voted by the Parliament without real political debates, purely and simply suppress all the constitutional rights and freedoms of which our country [France] has inherited since the Revolution, among which the freedom to come and go, written in our Declaration of Human Rights of 1789. Only freedom of expression has not been affected so far, although it has been threatened, which still allows, in the press and on the Internet, the expression of criticism impossible to imagine in a totalitarian regime as perfect as that of China.

In any case, the law on the State of Health Emergency aims to institute a total confinement of the populations that have accepted it, insofar as it is a question of facing the pandemic for a determined period of time, in order to eliminate the threat. There is a sanitary justification that allows all possible and imaginable abuses of power justified by the panic of populations that do not have the means to verify the relevance of the authoritarian means that are imposed on them. And this is the particularity of this type of totalitarianism that allows the political power to interfere in the smallest corners of the daily life of each one of us, such as the fact of going out of the house to take the air, and this without there being, for some of these measures, real justifications of sanitary security. Hence the feeling of arbitrariness and stifling experienced by some of our fellow citizens who are shocked to be forbidden to visit their neighbors or to work in their vegetable garden. It is true that each of us can behave irresponsibly towards others when we don’t know if we are a carrier or not. Hence the unqualified use of the precautionary principle, which is paradoxically little used in environmental protection. Nowadays, this sanitary supervision of our social life goes hand in hand with a set of liberticidal measures resulting from particularly horrible islamic attacks. Each new attack provokes new liberticidal measures contributing to further entrench the model of the totalitarian state in our political history.

Sanitary totalitarianism is now being tested in our country on the occasion of the outbreak of the world pandemic, becauseit is the only one considered capable of dealing with the omnipotence of nature. It belongs in fact to the more general category of techno-scientific totalitarianism which, in France, was begun with the nuclear program, always accompanied by repressive practices represented by the use of police violence and the administration of heavy penal sentences. This was particularly evident at Bure for those opposed to the burial of radioactive waste. In this system, there is no need for political criteria, because it is the scientific judgement that represents the
ultima ratio
. Only a contradictory expertise such as that of Doctor Raoult can claim to have the right to be quoted, and even then!

However, in this prison system, there are political and moral issues that are completely independent of scientific judgments, but which, nevertheless, cannot escape sociological determinants. In the controversy between experts concerning the use of hydroxychloroquine or vaccines, factors such as the existence of professional coteries and competition between specialists can distort scientific judgment, not to mention the defence of economic interests, a fact well known in certain industrial scandals such as that of Mediator or « contaminated blood ». However, the observation of the existence of such factors is a matter of well-conceived political judgement and not of controversies of hard science, in other words, of the reasoning of each person cultivating a certain common sense, which is the basis of the democratic requirement.

At the base of the claim of science, there is the fact that science does not limit itself to the judgment of fact but wants to go beyond it on grounds that are foreign to it by nature. Judgments of fact then become prescriptive, which is understandable when it comes to adopting a particular preventive measure for a patient, but certainly not to protect a part of the population, because there are too many societal considerations to take into account in this kind of hypothesis not to fall into arbitrariness. The confinement of entire categories of populations, which has the consequence of forbidding them any form of life, raises issues that go beyond the therapeutic approach, particularly in terms of freedoms with the digital surveillance of patients. In other words, sanitary totalitarianism cannot inevitably escape its political dimension, especially when it will be necessary to make the socio-economic balance of the containment measures whose price we are only beginning to realize.

It remains to be seen whether the return desired by all to the « world of before », that is to say the world of consumption, will be possible, given the collapse of the system, in particular the economic one, and whether the population surveillance devices tested on a large scale will be maintained. One can have some fears on this subject because of our past political experience, including the maintenance and development of coercive institutions such as those of the prefects dating from the1st Empire, or the texts on land consolidation adopted by Vichy and maintained at the Liberation! And this is all the more true since currently, with the second wave accompanied by reinforced containment measures, we can even ask ourselves a more serious question, that of knowing if this pandemic of the covid does not correspond to a slow regulation of the proliferation of the human species! In this extreme hypothesis corresponding to one of the great laws of ecology, we would then be faced with the discovery of the weakness of the human condition in the face of the omnipotence of nature of which many Greek philosophers as well as Christians have spoken for a long time. In any case, given the current world cataclysm, we can fear the worst consequences for the future of humanity. Such tragic issues should be taken seriously by all of us. 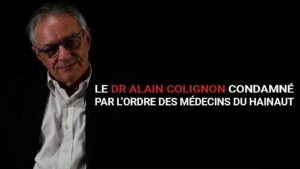 Condemnation of Dr. Colignon by the Order of Hainaut 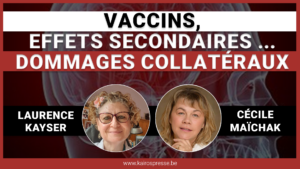 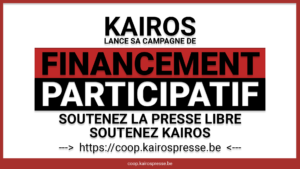