Parliamentarians: not ready to fight inequality! 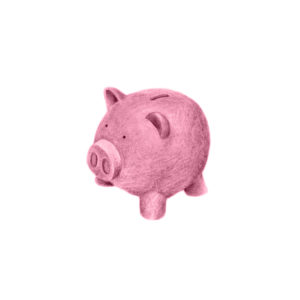 In its issue 30, Kairos wanted to know what parliamentarians thought about the idea of the Maximum Allowable Income (MAI). For the 150 MPs, while you will see that we received a few individual responses, that is, where the MP seemed to be expressing his or her own views and not those dictated by the party, most were written by the party. The alignment of the various MPs on the party line, each offering the same written response, expresses the absence of freedom of thought and the role of watchdog of partisan interests.(1)

As part of a journalistic investigation into the effect of wealth on society, we would like to hear from you, as a parliamentarian, on two points:
1. Do you support the application of a maximum allowable income (MAI). If so, how much would you set the amount, i.e. at what level of earnings would you set a marginal tax rate of 100%?
2. Do you support the introduction of maximum income differentials in companies(2)? If so, which ratio do you think would be the most decent?

Your answers will be published in a feature in issue 30 of Kairos and/or on the website. In the absence of answers, we will point out to our readers the persons who refused to give us, as representatives of the people, their position on these issues.

Thanking you for your collaboration,

- Brecht Vermeulen (N‑VA)
I have received your email. Just as you write to me in your mother tongue, I will do the same in mine (3).
1. Concerning your first question, it seems to me that this theme is only carried by a minority of « believers ». A Maximum Allowable Income is in any case not an issue that is discussed in my electorate in Flanders. I myself have never read an article about it. I find that this is a proposal that does not add any value (sic).
2. Regarding your second question, no I have no advocate for this proposal. It is up to the shareholders and board members to judge the acceptability of the executive’s salary(4).

- Muriel Gerkens (ECOLO)
1. Yes, in March 2011, together with my ECOLO-GROEN colleagues, I tabled a proposal for a law that would tax incomes of more than 1 million euros at 100% and that would heavily tax golden parachute payments in order to make them dissuasive (doc 53K1336/00).
2. Yes, limiting wage inequality is an important issue. ECOLO is in favor of increasing many social minima. ECOLO also supports limiting the income of senior executives and top managers of public companies, by capping the highest remuneration (fixed salary and bonuses) at, for example, 10 times the average of the lowest salaries. It is not uncommon nowadays — especially in the financial sector — for the salary to be 100 times higher than the lowest salary.

- Benoît Piedboeuf (President of the MR Luxembourg, mayor of Tintigny)
1. I see from your questions that the imagination is limitless… when I see what some very high income earners do in the associative, cultural, solidarity, development cooperation, research, etc. world… I do not think that this can be a generalized measure, especially since it would mean that these confiscatory taxes are managed by a public collective, whose intelligence and efficiency cannot always be guaranteed. I can think of systems that improve solidarity and help those who need it, but I am not sure that this system is really a development factor. This is the principle of the Laffer curve.
2. I have no objection in principle to high remuneration if it is the result of an imagination, a quality of management, a vision that brings an undeniable plus to the company. But in the same spirit, I think that everyone should be paid for their real qualities and functions in proportion to their contribution, to the indispensable side of their work, and that it is fair that the profitability be shared and that a bonus not only be given to those who decide but also to those who contribute to the result by their work.
In both answers, it would be silly to give figures or proportions because each case has to be studied, general measures are rarely suitable. Moreover, I suppose you extend your analysis to the world of sports, entertainment, art, etc., and not only to the world of politics or private enterprise.

- Olivier Chastel (MR President)(5).
1. It is not on the agenda to set an upper limit on remuneration and this option is not in line with the positioning and vision of the Reform Movement. We are in favor of the free movement of workers and we believe that private companies should have the freedom to set maximum salaries according to their business plan and according to their desire to attract certain types of profiles. Nor is it on the agenda to impose confiscatory taxation on workers, which, as we have seen in France, can result in significant capital flight and is totally counterproductive.
2. As noted above, we are not in favour of setting maximum income differentials within private companies. We are, however, extremely sensitive to the plight of the low paid and middle class and want to continue to provide tax relief to these groups, as the government has done through the tax shift.

- Fabian Namur (cdH spokesman answers for all contacted MPs)
In response to your request, please find attached the cdH’s answers to your questions about the RMA. I wish you a good reception.
1. The cdH is not in favor of the application of a maximum authorized income, which would imply an important infringement of the principle of free enterprise and contractual freedom. This maximum income would also be difficult to enforce and monitor. The answer to inequality lies much more in a fairer tax reform, including at the European level. Currently, the greatest inequalities in tax treatment are linked to the fact that some income escapes taxation, notably through tax evasion.
2. The cdH is in favor of a maximum salary differential in public companies. A maximum ratio of 1 to 7 should be applied.

- Marco Van Hees (PTB)
1. As it stands, in our program, we do not defend the RMA. We advocate a more progressive income tax system, with higher taxation for the highest incomes.
Two measures address this:
- Globalize all income, professional income, financial income and real estate income, and subject them to progressive tax brackets.
- Revising the tax brackets for personal income tax to make them much more progressive, with lower rates for low and middle income earners.
We believe, like Thomas Piketty, that the priority to fight against inequality is to introduce a tax on millionaires, a wealth tax, on assets above one million euros (after deduction of the house).
2. Yes, we are in favour of the introduction of a maximum salary in all public services and companies in which the State is a majority shareholder. This maximum salary will be equal to 5 times the lowest salary in that company.

- Véronique Caprasse (DEFI)
We are in favor of a limit of 290,000 euros gross in public companies, but certainly not of a 100% tax, as this would be considered confiscatory and contrary to the Constitution. The Constitutional Court has already « broken » a 90% taxation.

Annick Lambrecht (sp.a)
1. No, we are not in favor of a 100% tax bracket above a certain income. I think there is no support. In addition, the progressive personal income tax brackets do not apply to financial products. A 100% tax bracket would only affect earned income in this sense. While the great disparity comes from the unequal distribution of income from financial assets. Specifically, zero capital gains tax on shares. We want to strengthen redistribution by taxing capital income rather than employment income. We call for a complete tax reform in this sense: like income from assets, they will be taxed progressively.
We are in favor of a maximum salary for the executives of public companies. We have set ourselves a maximum salary at(6).