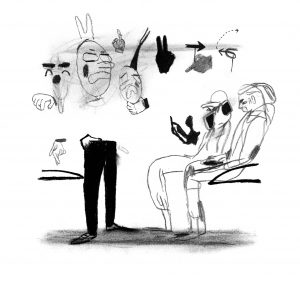 A few weeks ago, the mood was a bit gloomy, and the trainers and associates were going on and on about the now infamous  » Swedish  » coalition. But finally, here we are and, as our Julius Caesar rightly said: aléa jacta est in French: on va voir ce qu’on va voir! It is clear that this government is far from being euphoric and that it must expect one or another of the many forms of resistance to what has already been announced and proudly claimed by the youngest Belgian Prime Minister of all time. Good for him. We will not go back over the various denials and pettiness of some and others, we are used to it and to be offended by it again is a waste of time and energy. And, at the time of writing, it is clear, particularly in the south of the country but also in some of our northern neighbors, that things could easily get out of hand in the coming weeks and months. The very day the formation of the government was announced, and even before the various portfolios were allocated, several hundred workers from the Fabrique nationale spontaneously took to the streets of Herstal, and at the various « participation congresses » of the parties now sharing power, trade unionists caused a stir and sharply questioned elected officials, and even — oh surprise! some editorialists and analysts of our political mores had their doubts, their sometimes frankly acerbic criticisms and their scepticism as for the general orientation and the future of the new coalition. But the most comical was the dazzling and nevertheless ridiculous outcry coming from the so-called socialist party and, in particular, from the ex-prime minister, on his Facebook pages, almost calling for riots, even subversion and

Revolution in order to bring down the odious hyper-right now in control of our poor destinies. The most faithful of our readers will not have forgotten that the previous legislature, led by Elio di Rupo, had already largely prepared the ground for his successors in the social field and, in particular, in that of unemployed workers, whose lot will be even less enviable from the beginning of the coming year. That the evil liberals and their allies in the new executive have decided to put the remaining lazy and long-term profiteers to forced labour is only the continuation, outrageous but in the dominant logic, of the measures previously taken.

As for the rest, we have already commented extensively, from the left to the right, but especially from the real left, not the soft left, on the details of the program of the « Swedish woman » and I am not going to make an inventory of them here. One thing is sure, « we » are going to have a hard time of it: the homeless, the lost, the artists of all kinds, the unemployed at the end of their rights, the undocumented, the retired, the low-paid and other tramps who annoy honest people at bus stops, in the streets and in squares.

And if the « Swede » strikes hard in these fields, you should know, good people, that the friends of the people and defenders of the oppressed who have been hysterically shouting in the high and respectable Assembly of Representatives, vilifying the evil collaborators and other cronies of the late Third Reich, know, therefore, that, on their side and ours, in the wake, associated with Christian humanists (let’s laugh together) they have announced — for the future of our beautiful regions — other measures that will hit hard a lot of sectors, from associations to social protection, including the « cultural » sectors, under the cover of the much needed austerity. It will have been understood that the sanctimonious gesticulations of some of these gentlemen-ladies of the faux socialist party and of some others of the opposition, if they were justified in this case, had also the merit to make sure that the good people (still him!) do not come to put their nose in the vicious small arrangements which were prepared elsewhere and whose effects and not of the least, will be felt soon, let us say it. In short, the bad guys are not only where the fingers that do not lack air (sic) point them with confounding aplomb, but well and truly everywhere and even more, it is good not to lose sight of it. It is indeed — with a few happy exceptions — the whole of the oligarchic classes who, in all places, advocate the same scandalous and ridiculous measures in order to, they claim, find a hypothetical economic revival, a return to growth, in short, the world as they have deliberately built it, with the dazed assistance of the masses of consumers dumbed down by purchasing power; which came to be lacking and which, through the just fight of the social liberals disguised as Zorro or as Robin Hood (one’s choice) will come back, for sure, and this will be a great, beautiful and historical victory. Which will not succeed in hiding the no less historical defeat of the dominant non-thinking, unable to apprehend, and even less to face, the gigantic question of the simple survival of the planet and of the species which share it as well as possible.

So, the fight, yes, maybe. A good big release, strikes and demonstrations more or less good child of the North Station to the South Station, why not? But make no mistake, we are not in danger of reliving the great moments of the strikes of the winter of 1960, 1961 or the pitiful replica of a May 68. The unions have already set out the possible actions to come and are looking for nothing more than the Thesocial peace that guarantees the durability of their heavy institutions, well installed in a landscape where one can, at the most, shake a few trees or take one or another side road; but it is out of place to desire or even imagine an upheaval of the picture. Certainly, a diffuse anger is perceptible, here or there, but it does not emanate — far from it — from the whole social body. We can see the discontent manifesting itself in this and that sector of activity, the railways, education, associations and a strong mobilization was foreseeable on November 6th. But what prevails and is most noticeable in public places, in public transport, is rather a kind of despondency, of prostration; from which the laughter of young girls and the nonchalant turbulence of young people at the bus stops are heard from far and wide. As for the rest, we see above all, in all places, the innumerable faces bent over these fatal last-cri tablets, each one in its small bubble, far from the others, far from everything, far from the world and its alarms…