618 days since the press conference of April 15, 2020, where we introduced in the room  » a politically biased question « , which  » is not the habit of journalists « , says Sophie Wilmès. The habit of journalists is to ask the questions that politicians expect and to comment on their decisions, rather than to seek the truth. The mass media do not play the role of a fourth estate, but rather manufacture consent. Not being adept at such collusion, the political power will close the doors of press conferences for more than eight months. We were not counting on our determination…

-Alexandre Penasse: Please allow me to take off my mask, I have trouble breathing. I will do as you do… Mr. Vandenbroucke recently received a letter indicating that the vaccination of caregivers and young people was useless and counterproductive because it neither prevents contamination nor reduces the viral load of people. Let me give you a quick example that is not a tartuffery: On September 23, the Irish Examiner announced that in the city of Waterford, 99.7% of people over 18 were fully vaccinated. This is the highest figure in Europe. Yet on October 11, the Waterford News and Star reported that the city had the highest incidence rate in Ireland. I ask you: is the Covid Safe Ticket useless when it promotes contamination? And it’s proven.

-Frank Vandenbroucke: Let’s be clear: without vaccines, we would be witnessing an unprecedented health, economic and social disaster. So the risk of contamination and the risk of hospitalization is reduced very, very significantly when you are vaccinated. But as I said before, it’s kind of like an umbrella. Vaccines are an excellent umbrella that protects against rain. But if it rains heavily, if it continues to rain, if it is windy, there are people even with umbrellas who are wet. It’s rare, but it happens. And that’s what we’re experiencing now. So there are too many viruses. But thanks to vaccination, we are not in a catastrophic situation, but we must reduce the circulation of the virus. Regarding the Covid Safe Ticket, let’s be very clear: obviously, it is not an absolute security. There is no absolute security. And so, as the Prime Minister said, we need to combine security and we also need to rely on common sense. And I repeat the example: an organizer of a very small public event, 45 people, can use the Covid Safe Ticket. Now it’s clear. And I believe that many organizers prefer this because it creates a little more security. If at the same time, you attend an event where there is the Covid Safe Ticket, it doesn’t mean you shouldn’t ventilate. Therefore, a combination of security measures is required. It is the addition of security measures that is the winning formula. And so, let’s stop clichéd debates, simplistic debates about vaccination, Covid Safe Ticket, ventilation, wearing a mask. There is no such thing as a silver bullet that reduces risk to zero, it doesn’t exist. There is the combination of instruments. 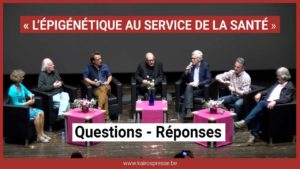 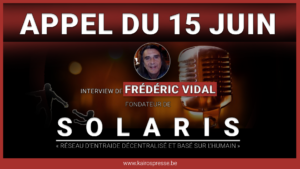