DISTINGUISH BETWEEN FACTUAL TRUTH AND INTEREST 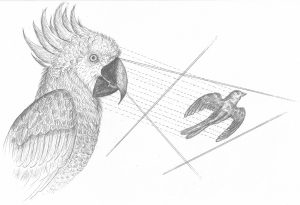 In order to answer the various questions raised by the consensual acceptance of certain truths established by individuals who sometimes seem to be opposed to each other, it seems useful to establish the general functioning of those who are persuaded to be in the right and accept from the outset certain « media truths » that are served up to them, and to show the confusions that they produce in order to prevent us from thinking and from knowing the truth.

The easiest thing, when one disagrees with the non-conformist analysis developed by an interlocutor, is obviously not to argue, and therefore to take the risk of not being able to defend one’s position or even, sometimes, of having nothing to say. It is easier to categorize the person who says something that does not satisfy us intellectually, as a member of a socially marked group, in which « Nazi », « negationist », « fascist » and all the related terms will have a place of choice, the technique consisting in criticizing the messenger in order to take away all value from the message.

This task ofassimilation is made all the easier if we find the type of analysis we ourselves give to certain facts, or simply the doubt about the official truth, on the sites or works of an organization considered unworthy (most often extreme right-wing or conspiracy). The message is also totally discredited when another medium than the original one publishes an article with which you agreed (for example if an article from a « reliable » source that you quote ends up on a far-right site(1)). It is thus a real contagion by the source that we are witnessing, which would like a site qualified as infrequent, if it publishes certain contents, to automatically make the latter identical to the values attributed to the container. Following the attack against Charlie Hebdo, I had written an article « We are not all Charlie », after which a journalist of RTL-TVI had sent me: « Please remove my address from your mailing list. Please keep your crap to yourself, you fascist seed (…) The last one I sent away like that was a member of the Right Party! That’ssaying a lot ».

The essential distinction that those who immediately ostracize anyone who has ideas contrary to their own do not make, however, is that between the truth of the statement and the interests of the person making it. As Slavoj Žižek says, the accounts of certain events, such as the scenes of looting and destruction that took place in black suburbs following Hurricane Katrina in New Orleans, even if they had all turned out to be true, « would still be racist and pathological, insofar as they were not so much motivated by facts as by racist prejudice and the satisfaction of those who rejoiced in being able to say: « See, that’s what blacks are all about, violent barbarians under a layer of civilized veneer! ». In other words, we would be dealing with what might be called lying in the guise of truth: even if what I am saying is factually true, the motives that prompt me to speak about it are biased.(2)

It is undeniable that the motives behind what is said must be questioned, but that is another problem when it comes to establishing the truth of the facts. Assimilating the two creates a confusion that is hardly profitable to the work of truth, since by throwing away the lie — the hidden interests, such as racism in the cited case -, one would at the same time throw away the truth — the facts -, such as the scenes of looting and destruction. Basically, by reversing the problem that Žižek exposes, who focuses in his example on the intentions of the message, the one that tells you : « You are not credible because what you say, malicious individuals also say », or worse: « If x says it, I don’t even want to know if it’s true or not« In this case, the author is also a liar in disguise, because by rejecting the message as well as the source that emits it, he would only be expressing a desire not to understand: he is probably not lying about his conscious motivations — about his intentions — but risks lying on the factual level by refusing to understand, which amounts to lying by omission.

The excommunication, by the French intelligentsia in particular, or the antifascists (antifas), is an ancient practice that continues. For decades, the mass media in France ignored Noam Chomsky because the American intellectual had signed a petition asking « the University and the authorities to do everything possible to guarantee Faurisson’s safety and the free exercise of his legal rights »(3). At that time, none of the intellectuals associated with anti-totalitarianism « has not made the slightest protest against the prosecution of Robert Faurisson », nor has he « I did not say a word in opposition to the smear campaign against Noam Chomsky, when it was not difficult to find out what had really happened (…) This leaves one wondering about the depth and coherence of their anti-totalitarian convictions »(4). It was in the 1980s, but it’s not over yet: the day after Donald Trump was elected president of the United States, Noam Chomsky was invited to Paris to receive the gold medal of the International Philological Society, and we learned that « The ceremony was supposed to take place at the National Assembly, but due to obscure pressures, the socialist group that was supposed to host it turned around.(5) In Belgium, Michel Collon, Jean Bricmont, Bahar Kymiongur and others are the objects of the political and media inquisition. We banish them, along with what they have to say. We are no longer surprised that the reflex is: « If he can’t talk, it’s because he has interesting things to say », which is obviously not always the case and takes advantage of

to nationalist and xenophobic organizations, « anti-system », from which the intelligentsia said they wanted to protect themselves. At this point, it is important to remember that a person’s lucidity in one area does not necessarily spread to other areas. Thus, the ineptitude of Bricmont’s remarks on organic agriculture, GMOs, degrowth and anti-productivism… does not prevent us from recognizing his fine and well-founded analyses on geopolitics, the Israeli lobby, and media-political censorship. His lack of lucidity on certain subjects does not irradiate the whole of his thought, he is not a perfectly coherent model.

To return to this fundamental distinction — between the truth of what is said and the interest in saying it, or the truth of what is said and the interest in rejecting it — it indicates that one should be able to fully adhere to the content of a sentence even if it is said by a political enemy, such as this one: « The United States of America will never pretend that unchained dissidents prefer their chains, nor that women willingly accept humiliation and servitude, » from George W. Bush in his 2005 White House inaugural address; therefore, its relevance should be acknowledged, » while acknowledging that the policy of the American president has never followed « (6)and that, therefore, the use of language was self-serving, perpetuating the myth of humanistic disinterestedness that obscures Western imperialism. As we should be able to recognize that Donald Trump had, in his political program during his campaign, relevant and in a certain way: subversive proposals. To say this is not to « defend » Donald Trump, but to propose an analysis in which we try to understand why the dominant media have almost never mentioned his proposals, in order to focus on the others, and thus understand some of the reasons why the new president has been able to seduce the popular class. Ignacio Ramonet dares to explain: « In the eyes of the most disillusioned segments of society, his authoritarian-identitarian discourse has an almost inaugural character of authenticity. Many voters are, in fact, very irritated by « political correctness »; they feel that one can no longer say what one thinks under pain of being accused of being « racist ». They find that Trump is saying out loud what they are thinking (…) The Republican candidate has been able to interpret, better than anyone else, what could be called the « rebellion of the base ». Before anyone else, he perceived the powerful fracture that now separates, on the one hand, the political, economic, intellectual and media elites; and on the other hand, the popular base of the American conservative electorate. His anti-Washington, anti-Wall Street, anti-immigrant and anti-media rhetoric appeals in particular to poorly educated white voters but also — and this is very important — to all those left behind by economic globalization. (7).

The right-thinking left will quickly react, by its habit of assimilation, by associating Ignacio Ramonet with Trump: « Ignacio Ramonet trumpised? ». (8) To recognize in the « enemy » a relevant comment would put us in his camp from the start. It is as if the revelations of Edouard Drumont at the end of the 19th century had lost all value because he was considered anti-Semitic, and that the facts of proven fraud around the construction of the Panama Canal and the corruption of the press and politicians had lost all interest: « I don’t want to know ». Recent traces of this assimilation reflex can be found in the Prime Minister Manuel Valls, who, at the time « that the Syrian secret services came to offer him the list of all the French jihadists operating in Syria, » he would have replied: « No way, we don’t exchange information with a regime like Syria »(9). Between collaboration in order to save lives and attacks, France has chosen… Each to his own. Similarly, when a report from the Department of Defense Intelligence Agency (DIA) tried to warn the US Executive that the fall of Assad would lead to Libya-like chaos, blinders and plugs were in order. The director of the DIA between 2012 and 2014, says that the report was forcefully pushed back by the Obama administration: « I got the impression that they just didn’t want to hear the truth.(10)

Let’s make it clear here: if sites labeled as far-right pick up analyses on the Syrian conflict or any other controversial topic, this does not indicate that they are irrelevant and wrong from the start. On the other hand, the interest of these sites to pass such information is certainly different from ours. They undoubtedly see in the « defense » of the Syrian people a way of seducing the popular electorate, the first victim of globalization, by pretending to keep the danger at a distance, far from European countries, while practicing economic policies unfavorable to the working classes as well as to dominated foreign peoples.

We could also take examples outside the geopolitical sphere. Thus, if François Fillon’s defenders see the attack on their candidate as a political-media maneuver, while the dominant media seemed to spare Emmanuel Macron, it is not because we are opposed to Fillon’s policies that we should reject this observation. Moreover, not conceding any truth to the enemy rather than serving him can be useful, making him a victim, an « anti-system candidate » carrying new policies. The main thing is then neglected, which in this case is to criticize the old, outdated ultraliberal recipes that a candidate repeats, as well as to show that those who oppose each other are closer to each other than one might think.

The self-righteous person who is constantly concerned about what others think of him, would be sick of admitting that his enemies can sometimes be right. Unable to do so, since it would be to assimilate them to them, he then assimilates those who are able to do so to his enemies. He does not have the courage to think alone and prefers to take the risk of being wrong collectively.