Climate change: the real debate has not yet taken place. 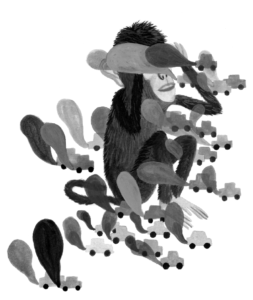 The recent publication of the new IPCC report has confirmed, not surprisingly, the conclusions of the scientific community as to the nature and extent of the consequences to be expected from global warming.

Even if these conditions must be considered essentially as forecasts, based on mathematical models which are, by their very nature, questionable, given the complexity of the phenomena, it is logical and in accordance with the precautionary principle to base oneself on these conclusions in order to define the political choices that will allow us to limit the climate disruption in progress. Unless we are extremely blind, we have seen the reality of this disruption for several years:

- the multiplication of hydro-meteorological disasters (storms, floods, tornadoes, cyclones, …) is an objective reality; the typhoon that has just ravaged the Philippines reminds us dramatically.

- the melting of glaciers and the Arctic ice pack is widely highlighted.

For example, the summer of 2012 saw record melting of the Arctic sea ice and the Greenland ice cap; in the same summer, the United States experienced unprecedented temperatures and India experienced a dramatic delay in the monsoon for its rice crop.

It is no longer time, in this context, to argue about figures and even less to take refuge in a sterile debate confronting the climate sceptics with the IPCC representatives. Whether or not the climate skeptics are serious or sponsored by the oil companies is of no interest. However, we must realize that denying climate disruption or attributing it to causes independent of human activities can only serve to reinforce political decision-makers’ inaction or, what is no better, to dissuade them from taking the right measure of the changes to be made. Yet it is on these changes and the policy decisions they imply that the debate should take place, given the ineffectiveness of current policies.

The commitments made at the 1992 Earth Summit in Rio have clearly not been able to reverse the trend. Since 1992, global greenhouse gas emissions have continued to grow (+49% between 1992 and 2012). It is therefore not surprising that the GHG concentration threshold of 400ppm in the atmosphere was exceeded this summer. The Kyoto Protocol, which expired at the end of 2012, was an abject failure, which, given its content, was perfectly predictable. The mechanisms put in place to reduce GHG emissions were exclusively market-based and did not challenge globalization or the growth objective pursued by all.

How can we hope to obtain significant emission reductions when the relocation of polluting companies to countries free of any binding commitments is increasing? All the more so when these relocations are financially encouraged by the Kyoto Protocol itself (clean development mechanism).

How can we fail to understand that generalized free trade dramatically increases long-distance transport and the associated CO2 emissions? How can we reconcile the objective of economic growth throughout the world with commitments to reduce polluting emissions that are logically increased by growing economic activity? Braking while trying to accelerate is an impossible task.

Even if the self-proclaimed virtuous countries of old Europe have somewhat reduced their GHG emissions, this is largely due to the export of polluting activities to the so-called emerging countries, all of which have recorded significant growth in these emissions. These have increased fourfold in China, threefold in Indonesia and India and twofold in Brazil between 1990 and 2011.

In fact, the Kyoto Protocol has allowed the heads of state and government who ratified it to ease their conscience. They were convinced that it was possible to continue as before in the logic of growth and submission to the markets. Doing as little as possible so as not to jeopardize this growth was the course of action chosen by all. The result could only be a generalized failure that it is vain to try to attribute to others.

It is time to open our eyes, to acknowledge the incompatibility of economic and financial globalization, free trade and the race for growth with an ecological policy at the planetary level and, in particular, with an effective fight against global warming. A paradigm shift is the only answer to the challenge: an economic and financial deglobalization that implies a relocalization of economic activities and a rapid mutation towards a production of sustainable goods in the respect of ecosystems can still prevent the disaster that is coming.

It is up to the developed countries to take the lead in this direction. Contrary to the dominant discourse, this political option is not a burden to be carried that is detrimental to the well-being of all of us, but rather a positive way out of the crisis for all.

By stimulating small and medium-sized enterprises throughout the territory, by establishing ambitious criteria for sustainability, reparability and recycling, by promoting food sovereignty and short circuits, we reduce GHG emissions… while promoting the economic revitalization of the territories, the creation of jobs that cannot be relocated and the reduction of all kinds of nuisances By adopting this policy, Europe and its member states would give the world the necessary signal to return to a liveable world.

It’s high time to be aware of this.