After me the deluge 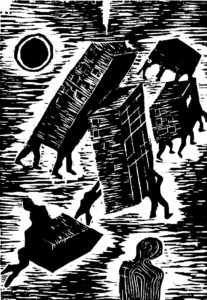 Before retiring « prematurely » from the presidency of the Brussels Region (in the middle of the legislature, but after 20 years of power all the same), Charles Picqué took one last big decision: to offer the banks of the canal to real estate development…

At first, you are offered to write a column in a gazette and you think: no problem. There is no shortage of interesting subjects that are poorly treated or hidden by the media! You title your column in such a way as to indicate that resignation will not be the order of the day. You are determined to bring up only mobilizing topics that will provoke a desire to act rather than a feeling of helplessness. Yet, a few issues later, you realize that it has turned into a catalog of bad news. What happened?

You are a reflection of your time. With your mind overwhelmed with revolting subjects, your energy and anger constantly solicited by the manifestations of a system that unfortunately runs to our loss rather than its own, you no longer know what cause to devote yourself to. You have thus transformed yourself little by little into a perpetual indignant. Like most social movements that have invented slogans that are supposed to underline their propositional approach, but that are more often than not in a defensive, protesting position, seeking to block the offensives of the financialized economy and to preserve what they thought were social gains.

The current haste and complexity are such that the slightest demand for social justice seems utopian. You are therefore no longer surprised to meet disoriented activists (anarchists defending the role of the State against the power of finance, décroissants supporting industries against the voracity of the bosses,…), nor to see yourself disqualified without any nuance as soon as you criticize a political decision that is nevertheless « modern », « creative » or « innovative ». In short, you are a nerdy idealist, a dusty conservative. Sometimes you may even wonder if the situation can improve with the arrival of new generations who have never known a better environment.

Obviously, you could choose resignation, disillusionment, oblivion. Opt for « responsible consumption » and individual action in your daily choices. « Open your eyes », as you are encouraged to do, and finally accept « realism ». Or you may decide to change the system from the inside, even if it means taking the risk that the opposite will happen… But you know too many examples of activists involved in political parties who, once in power, have put away their principles to better swallow giant swallows and then explain to you how much worse it would be without them. Finally, you say to yourself that, in the end, this role of bearer of bad news is not so bad (or even of alarm thrower as we say nowadays, it sounds better)…

And since you still think that local issues offer tangible takeaways for the residents (and even more so if the public authorities still have a say in them), you choose as always a local and terribly sexy topic, likely to interest the popular masses to read your column.

THE BAD NEWS OF THE MONTH: THE PRAS‑D

What is it about? As its name indicates, the « Regional Land Use Plan » divides the Brussels territory into zones to determine the functions that can be developed there. Transforming agricultural land into building land? A residential area in an office zone? A productive activity in a shopping center? If PRAS wants it, developers can (and history has sometimes shown that the reverse can also be true).

Fortunately, the Brussels Region is currently governed by a « progressive » team which, although experiencing some difficulties in finding coherence between its different components, acts above all for the common good. The proud team, led until now by the socialist and social-democrat Charles Picqué, has just adopted a new PRAS‑D… with D for « demographic », because this is the current challenge of Brussels: to cope with the demographic boom.

The urgency is such that the adoption of the PRAS‑D could not wait for the elaboration of the new PRDD (the « Regional Development Plan », with a second « D » for « sustainable »), a plan that is hierarchically superior to it because it determines the major political orientations for the future of Brussels. Logically, a SBRP could not be developed outside the framework of a previously existing RDP. But logic does not sit well with demographic emergencies… This time, the PRAS‑D has been endorsed while the PRD‑D is not even at the public inquiry stage.

This regulatory sleight of hand has its virtues, of course. First of all, it allows a series of industrial zones located along the Brussels canal to be transformed into housing or « mixed-use » zones without further delay. And it’s a good thing: in recent years, private investors have started to take over these areas. The PRAS‑D thus rewards their speculative zeal and allows them to generate substantial capital gains on land and real estate, from which the public authorities are content to suck up the crumbs. For the record, PRAS‑D also paves the way for the public-private « Neo » project and its mega-commercial and congress center (essential for the « internationalization » of Brussels, of course). The demographic boom has a good back…

« We do not drive out one activity for another, but allow, in these spaces of urban industries, to make housing », retorts Charles Picqué to the many criticisms made during the public inquiry of the PRAS‑D and which he chose not to follow.

Does his government not know that housing and industry are not easily compatible? That it won’t be long before the cohabitation between inhabitants and productive activities, between pleasure boats and barges, becomes a problem?

The canal linking Antwerp and Charleroi provides Brussels with a real port, an essential function from a long-term ecological, energy, social and economic perspective. To want to transform it into a « river », to install marinas in its basins and to build housing on its banks, will deprive the Port of strategic access to the waterway for a long time.

However, the residential gentrification of the canal sides is not a fatality, nor is the negligence in solving this housing crisis which did not wait for the demographic studies to be acute… It’s all about political choices. Other solutions, known for a long time, are available to the public authorities if they wish: construction of new public housing promised for years, requisition of empty houses, transformation of empty offices, imposition of a percentage of social housing to the municipalities, etc. If it had wanted to strike a blow, the Brussels government could even have reviewed the planning of certain sites with a very high potential for new housing, but in which it preferred to give the lion’s share to « international » service functions.

As he leaves office, Charles Picqué intends to bequeath to future generations a PRAS‑D that is supposed to accommodate « 20,000 additional inhabitants ». He fails to mention that these homes will be sold or rented on the private market… that is to say, they will be unaffordable for a large part of the future new inhabitants of Brussels (the demographic forecasts do not look particularly galloping in the bourgeois neighborhoods, and the economic prospects are not great for the poorest or for the middle classes!)

As for the nearly 40,000 people on social housing waiting lists (some of them for a long time)… they can still wait their turn, or go elsewhere if the rents are cheaper.

Future generations will remember this. 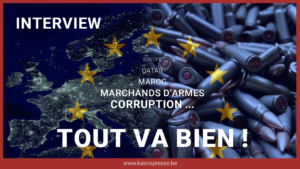 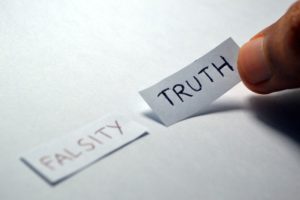 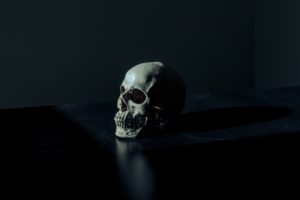 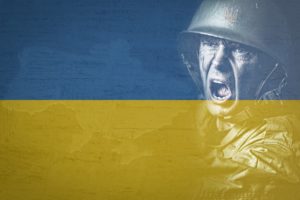 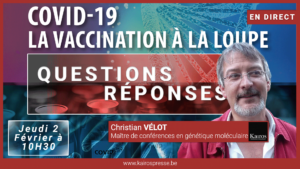