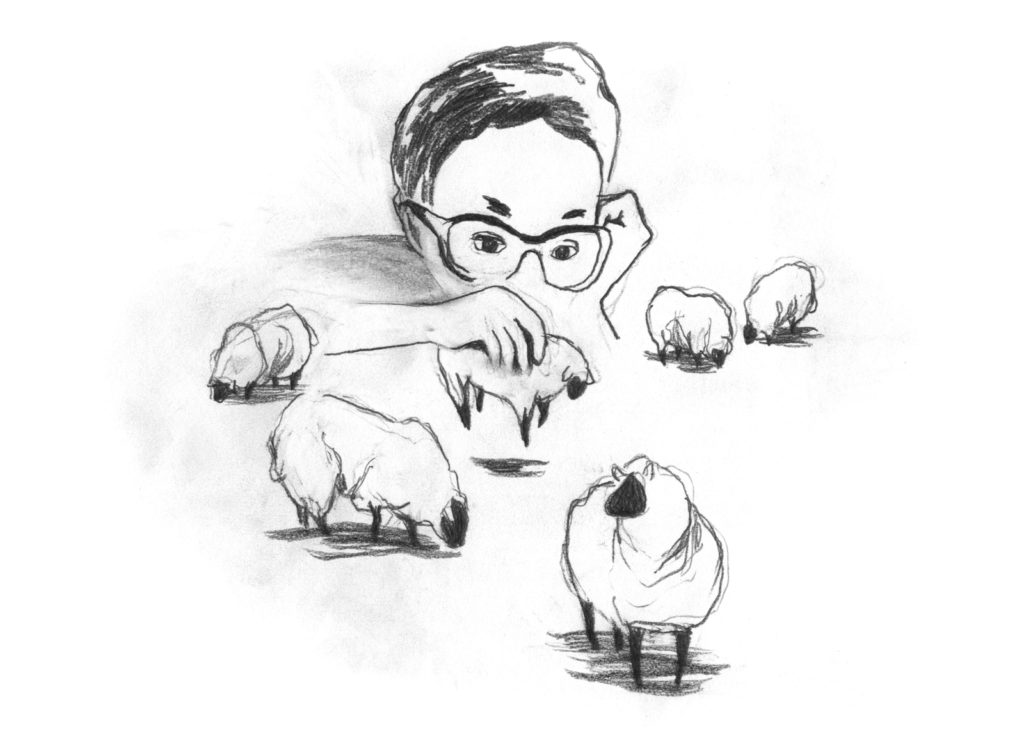 Shortly after the attack on the newspaper Charlie Hebdo, the French Minister of National Education, Higher Education and Research, Najat Vallaud-Belkacem, was answering a question from a member of parliament. She began her address to the Assembly by saying:  » On January 7th, as soon as the shock and horror had passed, teachers all over France quickly understood that the school would be on the front line to react to these attacks, to explain the inexplicable to students, and to manage their emotions and reactions. And in the aftermath, I sent them a letter asking them not only to respect the minute of silence the next day, but also to create spaces for exchange and dialogue. They did it, I thank them « .(1)

They complied, she thanked them. But the Minister quickly announces the most important thing, namely the non-compliance with the governmental injunction, constituting the pretext for the deployment of the political action:  » It didn’t always go well. Incidents have taken place, there are many of them and they are serious and none of them should be treated lightly. And none of them will be treated lightly. You ask me how many have come back to us? I will answer your question. Regarding the minute of silence itself, we have received reports of about a hundred incidents « . To this, the authorities have asked for more vigilance, but  » a new hundred events and incidents have been reported to us. « Unacceptable therefore, the subjects did not understand… And the one who just before evoked the need to  » create spaces for exchange and dialogue « , makes us understand that order and « respect » take precedence over these. Exchange and dialogue are empty words that they only use when they know they will not have to implement them. After the defiance, which for them is intolerable, they skip the stage of understanding and dialogue to reach the one they were waiting for from the beginning: repression. Therefore, she adds that among the recalcitrant students(2),  » About forty of them were forwarded to the police, the gendarmerie and the justice system, because some of them were even apologies for terrorism. We can’t let this pass. « And to return to the role of the school while blindly repeating this oxymoron repression/dialogue:  » The school is in the front line, it will be firm to sanction, to create educational dialogue, including with parents because parents are actors of coeducation « This contradiction shows the true intentions of the speaker and of the ectoplasms gathered in the Assembly, who all recognized themselves and applauded wildly.

But here is the pearl of his speech, the one that states everything, exalts what is most often for those who govern us, the freedom of expression:  » The school is also in the front line to answer another question because even where there were no incidents there were too many questions from students, and we all heard the « yes I support Charlie, but… », Double standards. « Why defend free speech here and not there? » These questions are unbearable for us, especially when we hear them in school, which is responsible for transmitting values.

Do not answer « wrong » questions from students. The order is given. The mass is said. And the crusaders launched an assault, not only against those who would refuse, but also against all those who would only doubt and question the « values » of the Republic… Do you have any doubts? « Guilty! » All you had to do was « think » what you were told to think. And therefore not to think…

Dialogue, Madam Minister? No, it is only a language game: acts, to prevent the thought from being expressed!  » I am mobilizing the entire educational community so that we respond not only with words but with strong actions . The discourse is no longer the « verbal expression of the thought » of each of the parties, but the pre-established conformism of the predominant one, with which the thought of the other can only agree.

Are the children and adolescents who « apologize for terrorism » of a different species, Madame Vallaud-Belkacem? However, to respond to their freedom of expression with repression is to refuse to understand what motivates them to act in this way, and therefore to consider them as the only ones responsible for what they are (liberal logic), and to help them become the very ones you say you are fighting against: the terrorists!

There are few official statements that illustrate so well the post-trauma recovery and the concrete implications that they will induce. The democratic totalitarian drift, the prohibition of thought, has begun: hang on! The arrests and indictments of adults but also of minors, do not cease since the Charlie affair. The power is back in the air, journalists are gargling with their « freedom of expression ». Meanwhile, business continues…

In this dossier, we wanted to show what freedom of expression really means to us, not the one that is brandished like a slogan and that politicians and the big media use to better protect themselves (pages 10–11), but the one that is not said but exercised. We are fed their duplicity, their recuperation of legitimate questions and anger; the rallies have been symbolized by the media as the supreme expression of the unanimity of a crowd-individual, making us forget the conflicts that pierce our Western societies and the past and present domination on which they are based (pages 12–13-14). So we do not deny suffering, nor do we mock it (page 15), but we explain that it keeps us away from a certain truth, among which perhaps the one that the main terrorist is not always the one we think (page 16).