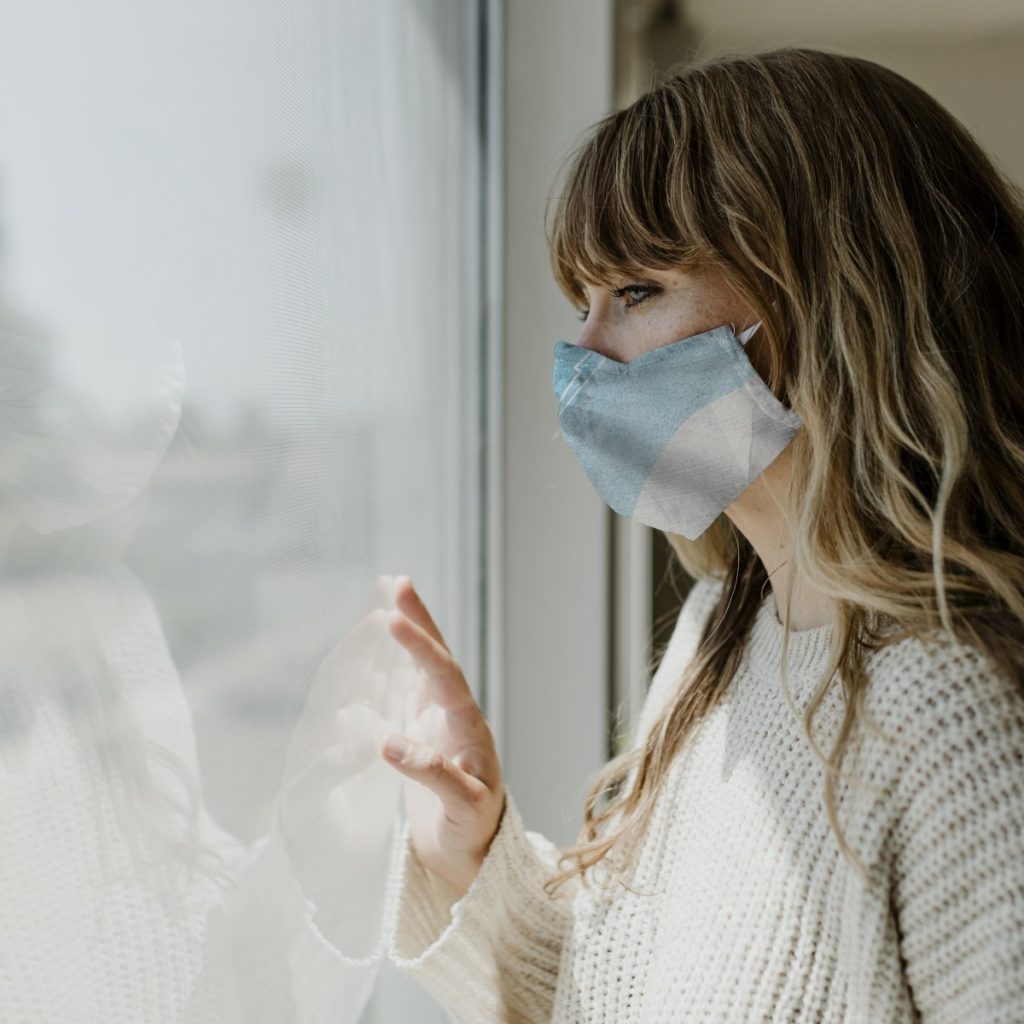 I am writing to you in the grip of gloom and perhaps on a happy day, rereading these lines, I will find myself ridiculous. Nevertheless, the feeling of an urgent need to share a collective hug and shoulders to cry on is very real right now. The lack of perspective and the all too obvious shift to a world where physical distance, interaction with more screens than people, and muzzles are becoming the norm is sending me into a disturbing depressive lethargy. I have a neighbor who is going crazy, consumed by the anxiety of self-enclosure. I have a neighbor who has just hit puberty and is overweight and wears pants with rips in the bottom and smells like dirt. This is what I observe on my scale. What does it look like on a city scale?

As an artist, I usually detect beauty in what surrounds me… I can’t do it anymore. I see misery, eyes protruding from masks that stare at you. I saw a school bus in which there were small children and some were masked and looking at me through the window. I wanted to cry. Freedom costs 250€. I decided to leave my savings there. It’s the only little revolt I can keep up for now.

I feel alone and yet I am sure there are others at home thinking, « A curfew! We accepted a curfew! », as if a virus was more virulent after 10 pm… Then we reassure ourselves by saying that elsewhere it is worse… We are forbidden to meet. Why aren’t we more organized? Me first. I have ideas, but I can’t find the strength to implement them. I lack sidekicks. I should throw a « who wants to play with me? », like when I was a kid.

I read a sentence in a book that I rewrote to fit our situation:  » We refuse to live in a world where the guarantee of not dying of covid is exchanged for the certainty of dying of boredom « .

All in solidarity in the every man for himself. When a renowned virologist proposes an existing drug with which he has had good results, he is called a charlatan, but we are promised that a brand new vaccine, when it arrives, will work miracles! Until then, let the sick people stay sick and locked up at home until it passes or it becomes really serious to be put on a respirator, and then, let them deal with the aftermath!

The old, infantilized, do not decide for themselves what their last days will be like, solitude imposed under the pretext of a longer life expectancy. Survival. My grandmother always feared loneliness more than death. But the worst thing is to die alone. Because they are not given the choice of their death either, they will die alone or surrounded by masked suits. I take my mammy in my arms at her request and with my greatest pleasure, I am a health terrorist… I won’t go to see her if I’m sick, just like before I wouldn’t have done it with a bad angina or a big flu, but I could have given her germs many times before at a moment of fragility, and paf! she would have died; before I wouldn’t have been made to feel guilty for that, now I do. It is better not to be around her for months than to enjoy the time we have left with her, the length of which we do not know.

If in April, the message of the posters in town was:  » Let’s take our distance so that later we can get back into each other ‘s arms « , today we have already tipped over into the safe service away from each other and the happiness of being able to hide a piece of parsley stuck between your teeth and not having to hesitate to eat garlic thanks to the mask, yippee! (These merits were never praised in connection with the burqa, but let’s move on).

They are even convincing us that a very obedient people like China managed to get rid of the virus thanks to the good participation of its citizens, omitting to say that they live under a totalitarian regime and that they have not been allowed to question anything for a long time. If you accept to be registered and controlled, you will live virus-free and you will be able to go to nightclubs; on the other hand, if you don’t listen when you are ordered to stay home, you will be punished, severely.

What will be the consequences of all this? From telecommuting, from the constant wearing of masks, from the disappearance without warning of cash, replaced by « contactless », payment which is the equal of the new relationship between humans « without contact », distance of 1 m 50, but with your mask I do not understand what you say, so you should get closer, but then we do not respect the social distance imposed, so to finish we do not talk anymore… Well, yes, behind a screen. (Haven’t you seen Wall‑e? Humans who can’t walk anymore, who only eat, eyes riveted on their screens?).

What will be the consequences of reciting the number of (well, tested positive) cases on radio and television over and over again? And Netflix to fill the void? Will the behavioral, physical, sociological and psychological after-effects of managing this health crisis really weigh less heavily in the balance than the damage caused by covid? Is this question only asked in the public debate, or are we just saving the surprise for later, pretending that the most important thing is settled first? And what is the most important thing?

Tinder is still active and prostitutes are still working, will the need for physical contact also become a one-click consumption? And the need for a simple hug relayed to a paid sexual exchange? Will we touch naked and masked bodies? Will our physical exchanges no longer have a face? Or will we impose a standard relationship model: one husband, one wife, married, sharing a conjugal bed and having a maximum of two children to have a number that fits well in a bubble and guaranteed « no outside germs, yuck! » relationships.

Countries that suffer from great poverty, famine, do not care about covid. Will it have to come to that? When people will have to choose between earning money to eat and the risk of catching covid, they will brave the prohibitions? And is that when we will introduce a minimum wage for everyone? Once it’s too late, like the hospitals that have been allowed to wither for years? And what will we have to give up or accept in exchange? A mandatory vaccine? A permanent listing of all the people we’ve met? A tracing, of the virus of course, not of the people, (even if the virus is carried by people), but which raises questions in a democracy where one of the last private things we had left was the disease? And if not mandatory, will we be forbidden to access certain places, as it is now the case if we don’t have a mask? No entry into the stores, if you are not a little green man on a smartphone application?

Why do I feel that asking all these questions is unwelcome, even forbidden in a democracy where we defend the right to free speech? Where is the debate? The nuance? Dissenting opinions? Why do we feel like we’re walking on eggshells and that we’re going to get a flurry of insults when we want to expose that we feel our freedom has been put on the back burner for an indefinite period of time (it’ll be a year soon anyway) and that we’re worried about losing it for good? Why are we afraid in a democracy to express that we are more concerned about the measures that are imposed on us and their short and long term repercussions, on our physical and moral health and the division they create within the population, than about covid itself? Why, if I express all this, do I embody a heartless person who wants to kill his fellow man with hugs and kisses?