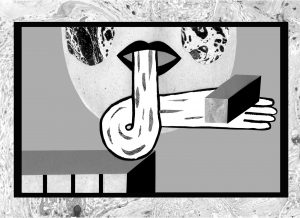 In 1970, Jacques Berque published an astonishing work, L’Orient second, with Gallimard. In the aftermath of May 68, he confronted his first intuitions as an Arabist and Islamologist with the upheaval of the world before his eyes. Only a few hundred copies were sold, a failure that was painful for him until the end of his life, because he considered this unclassifiable book to be the most important he had ever written. The purgatory of L’Orient Second is not over: Jacques Berque’s Wikipedia entry, which is otherwise well informed, still ignores it superbly. A few lines found, a long time ago, in the preamble of this book have never left me. Here they are: « To dream is to die perhaps, if it means to let go of the hardships of action and combat. On the contrary, if it means to move in oneself the possibilities, to call from an inert present to the repatriation of the past and the future, it is to allow the creative action. But if the alternation remains loose? Then, the positive and the negative melt in this limbo, silt up the contradictions, oppose to the violence of the renewals the slope of the habitations. »

This is not the place to explain how these words have acted on me, for more than forty years, like an essential oil. And I will only mention in passing what they awakened and liberated in the minds and hearts of company workers locked up in the dungeon of objectives, ratios, and numerical exaltations. I was struck by the way they commented on them. Under my eyes, their language, until then enclosed in an obligatory cordiality, took volume like a hair that one combs. Their words were animated, charged with what Berque called a light heaviness. In every aspect of themselves, they were coming out of the labyrinth, and if a veil of nostalgia, sometimes of sadness, enveloped their joy, it was because, for once, they were not promised a sun without a shadow: they had no choice, like each of us, but between a difficult birth and the certainty of asphyxiation.

But the preamble of L’Orient second speaks above all of this century already well underway. When Jacques Berque makes the intertwining of dream and action the condition of the fruitfulness of the former and the accuracy of the latter, he is not proposing some kind of life hygiene. This is the anthropological side of his vision of a living society in which the fundamental and the historical are in constant dialogue. He was aware of the disturbing fantasies that this word  » fundamental » would arouse, but he maintained it as the best barrier against any fundamentalism. For if he held for madness a society that believes itself overhung by some essence that terrorizes it, no less mad, and as if fundamentalized by nothingness, seemed to him a society that, renouncing any reference or memory other than that of horror, entrusts itself « to pure existences, to pure opinions, to pure procedures and to pure contracts. »

This dialectic of the fundamental and the historical, of which the difficulties of the Arab societies had indicated to him, as if in hollow, the necessity, he wished that the Western society seize it too. The Berkowian fundamental is the opposite of getting stuck in the past where the reactionaries fail. It refers, beyond the history of events, circumstances and challenges, to the history of the long time where the face of a society is slowly defined, through different or contradictory contributions, where this kind of identity is composed, which invites more than it constrains, which inspires more than it designates, and of which the Arabic word açâla, the moving specificity, gives the best idea.

Riveted to bases that its fear of change constantly incites it to harden, a society is in danger. But it is also when its fascination for the present and the actuality throws it into the desert of nonsense. It is not difficult to recognize in the first temptation the one that has long threatened Arab societies, before others, encountered along the way, joined it. As for the second, none of the artifices that communication deploys can hide from a straight conscience that we, the Westerners, have largely, and rather miserably, succumbed to it.

It is here that these few lines from L’Orient second take on their full meaning, it is here that they are an elixir of vigor. There is indeed a living correspondence between, on the one hand, a personal conscience which refuses to make of the dream a kind of decoration of the action or of the action a narrow copy of the dream and, on the other hand, a society which does not cease to mature in the hollow of itself the answers which it will give to the present to nourish it and to be nourished by it. The person does not have to ask society for the meaning of his or her existence nor for his or her reasons for living, but neither can he or she be satisfied with organizing or developing this society as if what animated it in its depths was unrelated to what constitutes it itself.

Virtuous circle, round of meaning: a society that does not renounce its açâla, its moving specificity, and a human being who refuses to dissociate in him the powers of the dream and the requirements of the action, it is all one. And this, already, is a lesson: more than their negotiating and tinkering ingenuity, the most profound transformations of society are born from within the beings. In this round of meaning, it is always the person who invites society to dance, never the other way around: if it is otherwise, drama is not far away. The movement by which a society finds its sources and its points of support, marries or re-marries them, is not born of conjectures cooked up in the brain or of conjunctures imposed by the weight of things: it is born of free speech. We will call expression of the emergence of the person who, confronted with a given situation, mobilizes within himself the resources of meaning and authenticity that allow him to face it without betraying himself or it, without mutilating himself or it, and who draws from this experience a deepening of his word. It is in this sense that Jacques Berque invited us to organize expression. But he used a more precise formula: « It is necessary, » he wrote, « to organize expression and destabilization. »

Destabilize what? What Fourier called petrified cements, those links with nature, or the world, or others, which, at first useful in one way or another, have become barriers and locks. Is it not obvious that the sterilizing marriage of money and technology has created, and is creating, more petrified cement than any society has ever done? Is it not obvious that this petrification, despite the constant verbal agitation that would like to make us forget it, has spread to the culture, paralyzes social relations, and attacks intimacies? Isn’t it obvious that the pusillanimity of politicians only justifies and aggravates it? Is it not obvious that propaganda has taken the battle to the very heart of consciousness? Isn’t it obvious that this is where we have to defend ourselves and counter-attack, that is to say, blow up the petrified cements and reopen the paths of life? No to all slogans. Make way for the word, through which everything begins, through which everything continues to begin.