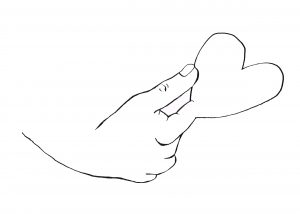 It was a close call. A few tens of thousands of votes and everything would change. We will not return to the last events of this campaign, to the relentlessness, coming from everywhere and even to the normal president, who will have been put to discredit the candidate carrying a salutary and enthusiastic change; it would be to revive a little more the terrible disappointment felt over there and among some of us, here. Because, yes, here too « we » believed in it, everything seemed possible, the goal was close, there was this fever of waiting for the incredible surprise. Then the verdict came down and, like many, it took me a while to get over it. Then, as expected and skilfully orchestrated, we had this famous second round. On one side, the ugly National Front, on the other side, the nice Macron, young, handsome, friendly and terribly republican; the voters were spoilt for choice, it was obvious that in order to defend the sacred values of democracy, everyone in the political sphere had to express loudly and clearly which side they were on. If many have trumpeted the need to vote for Emmanuel Macron to block Marine Le Pen, a few others have refrained from making their feelings public; starting with J‑L Mélenchon who has stuck to the conscience of his supporters. And, as usual, the packs of his opponents have mobilized to, once again, distort his words and his choice.

We are used to this, it has almost become a commonplace. But, once again, it is good to insist on the fact that, if this man is the object of so many denigrations and attacks, often of the most far-fetched and bearing only on deliberately truncated or biased remarks, it is obviously not his person who is at stake here but the project he carries and on which millions of people have carried their vote during the first round of the presidential election. For the supporters of the established disorder, he was and remains a danger of the first magnitude in front of which all the means are good to discredit him. We can never say enough how the « media » and their faithful servants have used all the strings during the election campaign to try, in a thousand ways, to discredit and ridicule the leader of the France insoumise. But a man of this stature is not so easily put down. Since the failure of the presidential elections — quite relative, we must insist! — and in view of the battle for the legislative elections, we have seen Mélenchon regain his strength, gather his supporters, go from town to town, intervene everywhere on the sidewalks in front of enthusiastic and warm gatherings. Because, obviously, the new tenant of the Élysée intends to apply the program on which he was elected and the only organized, structured force likely to lead the struggle in the Assembly is the France insoumise movement. His opponents know this and this is the reason for the countless and unspeakable attacks of which J‑L Mélenchon and his friends have been the victims.

For the supporters of the established disorder, the leader of France Insoumise remains a danger of the first magnitude in front of which all the means are good to discredit him

But so be it. There’s something else. Which is not unrelated to this column; there is this little phrase there :  « Everything goes against the direction of the heart » . There it is, as I wake up, clearly written behind my forehead; the first thought of the day that begins, Monday, May 29, 2017 at 7:15 am. Everything we can think, see, try to explain and understand is in this sentence. The world is opposed to the world. Or rather: a world is opposed to the world. The world of Macron, the world of the ineffable Trump, the world that holds the other world at its fingertips. The powerful, the owners and the rich merchants, financiers, agioteurs, half-crazed accumulators, this handful of people of all origins are a class, an oligarchy conscious of its existence. Facing her, the other class, you, me, the billions of others; the more or less poor, the dispossessed, the cuckolds who ignore themselves. This class does not know itself as a class, it is made of these destructured organisms, splintered into myriads of atoms more and more opposed to each other in a struggle for survival whose abomination has no precedent in history. The « rich » have succeeded in this prodigy of making the poor and more or less poor — it is only a question of degrees in the miserable scale of In the same way, the people of the world — withtheir purchasing power - fight without mercy to climb these famous steps in the indifference to the fate of the neighbor, in the increasingly heavy silence of the consciences.

The globalized oligarchy does not need and does not care about the masses of unemployed that its system produces, nor does it really need the workers in industry or services everywhere who are still active. In order to establish its domination, it is only necessary to guarantee the construction of tailor-made cities, defended from the hordes of peasants by private police squads, and the production of luxury objects and leisure activities of which it is the sole consumer. All the immense surplus of labor can be destroyed in this or that way, it is perfectly indifferent to him.

But we, who are among the billions condemned to annihilation, are we going to remain with our arms flapping, our brains permanently frozen, our hearts forever extinguished? No ! Another world is possible, where justice and the search for simple happiness would reign; where men and nature, finally reconciled, would put an end to the unhappiness of existing, where harmony would make place to chaos. This world is there, in front of us if we really want it; all we need is the imagination, the audacity, the courage and the weapons to forge to force fate.