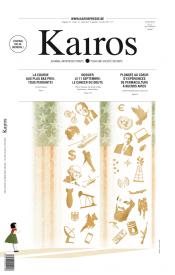 Everyone promises that growth will return, from the « socialists » to the liberals, from the unions to the business lobbies. Among our neighbors, Hollande, in his speech of July 14, tried to persuade the French that it was at the gates of the Hexagon, but that it would just lack a background of piety:  » for there to be growth, the first principle is confidence »… of course, we were already warned that it was pointless to go to Lourdes if we did not believe in miracles. Thinking that they will come is therefore enough to make them happen. Nice project.

Political actors have understood this: creating hope will facilitate acceptance. Promised for years, a distant chimera aiming at making the subject accept better his daily life and the « necessary » sacrifices, the noisy absence of premises to any « recovery » leaves however more and more doubtful, giving way to false-remedies aiming at reassuring them. They try to do as much with the same thing, or even, sometimes, to do better with less… while continuing to do as before. These false solutions, whose proven effect often stops at the announcement, sound like a secret admission that we will not get to the bottom of the problem, and that we will continue to act « as if ». Until when? The latest example is the French-speaking Community of Wallonia-Brussels, which announced a few weeks ago its great revolution, one that would finally give education its democratic quality: schools would be able to reduce their class period from 50 to 45 minutes to recover time for other tasks. No comment.

In addition to the soothing announcements, it will be necessary, to ensure voluntary servitude, to create the feeling of « unity », to nourish the illusion that we are all one, that the social body is not crossed by conflicts and that the social space is not divided into unequal groups. In France and elsewhere, it will be national greatness:  » the French say to themselves we are in a great country, we must not give in to self-deprecation, pessimism, a form of resignation. No ! We are a great country. Not just militarily because we had this intervention in Mali, not because we have an army, a national defense, that matters. We are a great industrial and technological country.« National pride, common compassion, the ‘we’, will galvanize the crowds. In Belgium, the abdication of King Albert II and the coronation of King Philippe, hypermediatized by the professionals of journalism, will feed the illusion of being one. Hand in hand, all in the same boat… while divisions and inequalities remain and grow.

Elsewhere, however, in other spheres, the bonimensonges will reveal themselves for what they are:  » Estimates are still being made, but we know that this drop in growth will require considerable additional efforts. Efforts that themselves contribute to the decline in growth [note

…] », Elio Di Rupo confessed before an audience ready to hear him… these « efforts » are of little concern to them.
Faced with such political ectoplasms whose indigent vision most certainly precipitates us towards the worst, Albert Jacquard, who left us on September 11, understood the issue well. But while the various « organs of the press », not to say « of the power », relayed his disappearance, did they understand, and apply, even an ounce of the principles he advocated?

If not, let them shut up… finally!