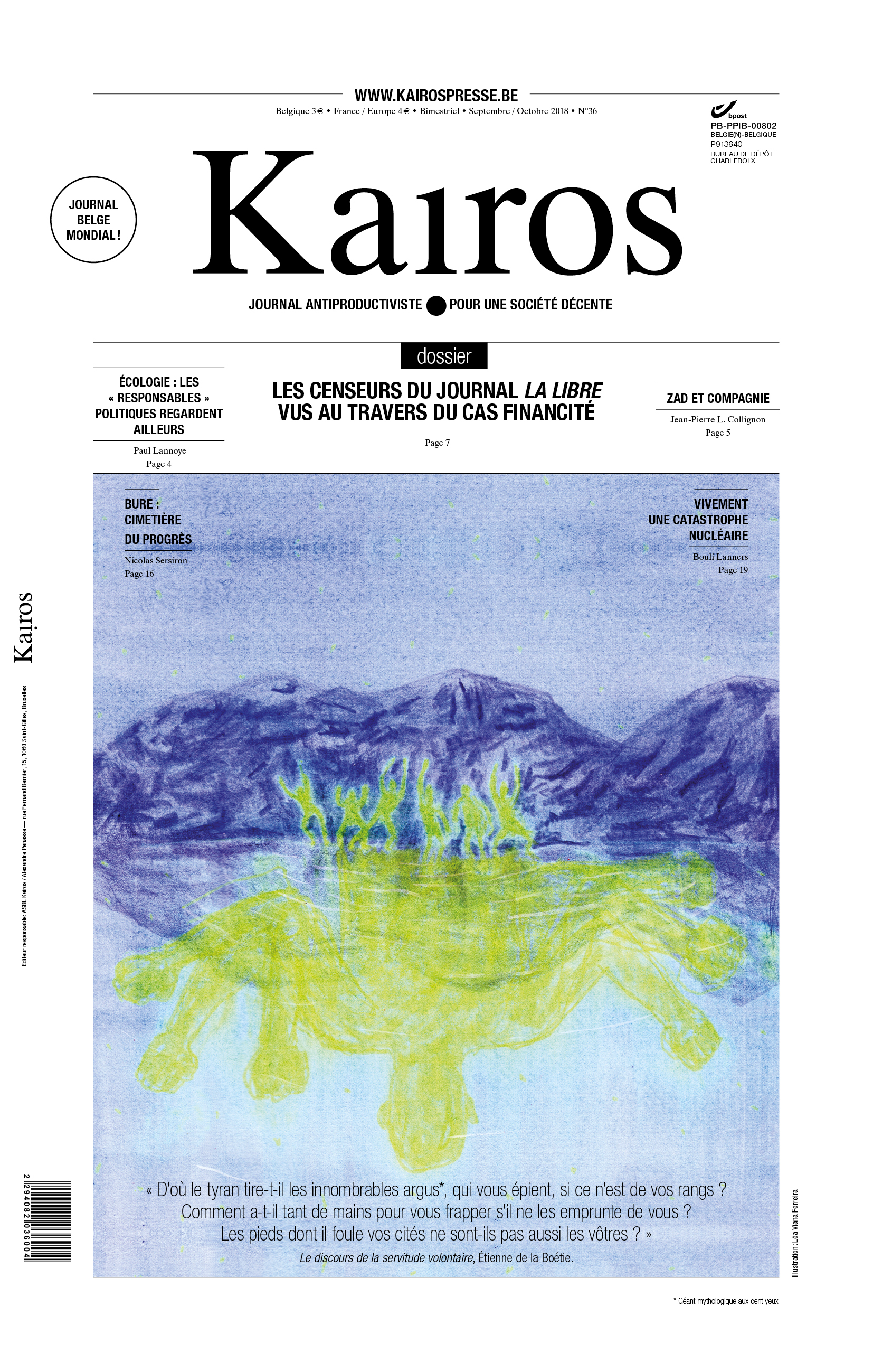 In a world in which states inscribe their future in a perpetual race to possess the ultimate « innovation, » there remains little possibility of a moratorium on technological deployment. Waiting before applying (and implying…) would give our brains time to reasonably examine the impact of any of these innovations on humanity. Inscribing our « thought » in a single dimension of comparison towards the « top », we would be unable to consider our level of civilization otherwise than in term of place, which, defining the position which one occupies in this arbitrary hierarchy, would place us more or less in advance on the axis of progress. Walt Whitman Rostow, an American economist, described, in a famous book(1)The first, corresponding to what would later be defined as « underdevelopment », characterized traditional society, while the last, the most successful, marked the « age of mass consumption ».

60 years later, although this approach may seem most cynical, it is nevertheless its foundations that still dictate, perhaps more than ever, the functioning of our societies. We are summoned to move forward, always, in a hurry to escape death and convinced that we are on the right path; purchasing power colonizes all minds, from the extreme right to the extreme left. This headlong rush, however, always postpones the questioning of the criteria that would define our « development »: first of all, to move forward, again and again, the perpetual movement replacing the reflection and, above all, the extinction of the latter assuring the perenniality of the « Onward » setting. There is no possibility of thinking dialectically about the « delay » of others in relation to our « advance ».

Looking up to see what we don’t have that others do, we will set purely arbitrary deadlines for ourselves:  » Everyone is talking about the future 5G, but will Europe, and especially Belgium, be ready for 2020? According to the timetable, every country in the European Union must have at least one city covered by 5G by 2020. Barely a year and a half left, and the clock is ticking « (2). Taken from an online article by the Belgian public broadcaster RTBF, these words express all the power of time («  there is barely any left « ,  » the clock is ticking « This is the result of the dominant conformist thinking, a veritable technocracy that pushes, compresses, and enjoins us to go faster in order to accelerate, increase throughput and reduce connection time: rapidly deploying the technology needed for 5G in order to connect faster, a vicious circle that has no end, except for the irreversible changeover.

However, leaving aside the technological criterion, who can say that a city equipped with 5G is more advanced than another, from a health, social or ecological point of view? The deployment of 5G will mean that standards in terms of electromagnetic emissions will have to be more « flexible » and that smartphones will have to be replaced to meet this new technology. The norms will therefore adapt to the technological and production needs. Meanwhile, in a completely schizophrenic dimension, you will be asked to sort and recycle; « zero waste » cities will be sponsored by the European Commission, while hundreds of millions of smartphones will end up in the landfills of Africa, where our slaves who ensure our way of life will extract, at the cost of their health, their lives and their dignity, the raw materials to produce… the new 5G-compatible smart-phones And the politicians will say:  » The 5G train is on the move… Wallonia cannot be left behind in the digital transformation « . « The clock is ticking », yet the (ir)politicians do not perceive the same ticking as we do.

This world has gone crazy, and it seems that nothing can stop it. Well, maybe we…