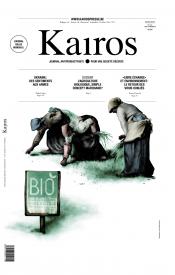 THE SOCCER SHOW IS NOT SOCCER!

« The alienation of the spectator to the benefit of the contemplated object (which is the result of its own unconscious activity) is expressed thus: the more it contemplates, the less it lives; the more it accepts to recognize itself in the dominant images of the need, the less it understands its own existence and its own desire « .

« Ah the game »… Beyond the totalizing spectacle of this World Cup, the exchanges around what was happening were particularly representative of the power of the dominant ideology and of the passive submission to an order of things which, even among those who recognize it, is most often followed by a reassuring  » what do you want, you can’t change it « . If, sharing his pleasure of the upcoming match, our interlocutor quickly noted that the soccer show did not have our preference, he concluded most often that this choice was only a matter of taste and a non-predilection for the thing, and was thus completely subjective:  » ah you don’t like? ». Binarity proper to our modern way of thinking: you either like it or you don’t, that’s all! A flat the nuances, and the possibility to get out of this question of affection for the thing. For isn’t there, before this televisual pleasure, a possibility of reflection on the price to pay to make the game possible?

Skillfully mixing, no doubt for fear of losing a part of their readership on which their professional survival depends, criticism of soccer as a spectacle and criticism of soccer as a playful activity, the journalists of iconoclastic appearance will castigate « a certain intelligentsia that prefers to see in it only ‘redneck’ entertainment, identity hatred and « opium of the people », while « soccer is, for a player as for a supporter, a formidable spectacle, with its rules and its codes, its flashes and its dramas, its joys and its mysteries ». Was it necessary to specify this? This is the conformist, inept journalistic attitude of those who do not want to push criticism to its radical depths — the only true social criticism. Because it is obvious that soccer as a game cannot give rise to any form of questioning, it is a game and one likes it or one does not like it, there is no need to make a social criticism of it; there is no need to stigmatize those who play it, or to castigate those who do not enjoy it. But the soccer show has nothing to do with playful soccer, with the game that only aims at the pleasure of playing, with « its rules and codes, its flashes and dramas, its joys and mysteries ». He stages them, instrumentalizes them, and no matter what the show, the objective is always the same: to increase profits! The journalist does not see this contradiction when he says « alas! of « morality » it does not seem indeed more hardly question in the contemporary soccer ».

Of course, there will be a time when the same logic will have invaded all the places of disinterested ludism and when the local soccer game will be nothing but a caricature of the television shows — it is already largely the case. But to confuse the two is to tacitly accept the dominant discourse. It is to play the soothing game of the employers, to state that « he who criticizes separates », seeing in a constructed analysis of the formidable machine to make money that the football-spectacle represents the unique production of a patented intellectual member of the hated intelligentsia. It is to acquiesce to the sophism « you don’t like the cup, therefore you don’t like soccer »…

The FEB has understood this well, as it headlined Kompany and company in its newsletter of July 9, and stated  » the merchandising (sic) linked to the Red Devils was in full swing, during the games the fans invaded the squares and the Belgian tricolor flag was flying in the windows. For weeks, they were the main topic of conversation (…) The enthusiasm was not excessive. Besides, how can you support your team too much? If we don’t believe in ourselves, who will? If we don’t take ourselves seriously, why should the rest of the world? « .

The illusion of consensus, the classless society, the alienation of the spectator are a formidable machine to perpetuate an unequal society that ensures the profits of a minority. However, two months later, in September, the chief executive of the employers’ lobbies, the FEB, urged the future federal government to introduce a real  » competitiveness shock ». He involuntarily reminded us that behind the subterfuge of social equality of the national team spectators, the main objective of the FEB was to maintain the inequality, source of profits: « one of the priorities is ineluctably the reduction of our salary handicap ». And, perfectly cynical, he presented his social model: « for the period 2000–2014, Greece and Spain are even among the best-performing countries in the euro zone.

It’s easy to see why those who profit from the situation will continue to enjoy show soccer. He is, in the machinery of power, one of those who ensure the perpetuation of domination. And not the least.