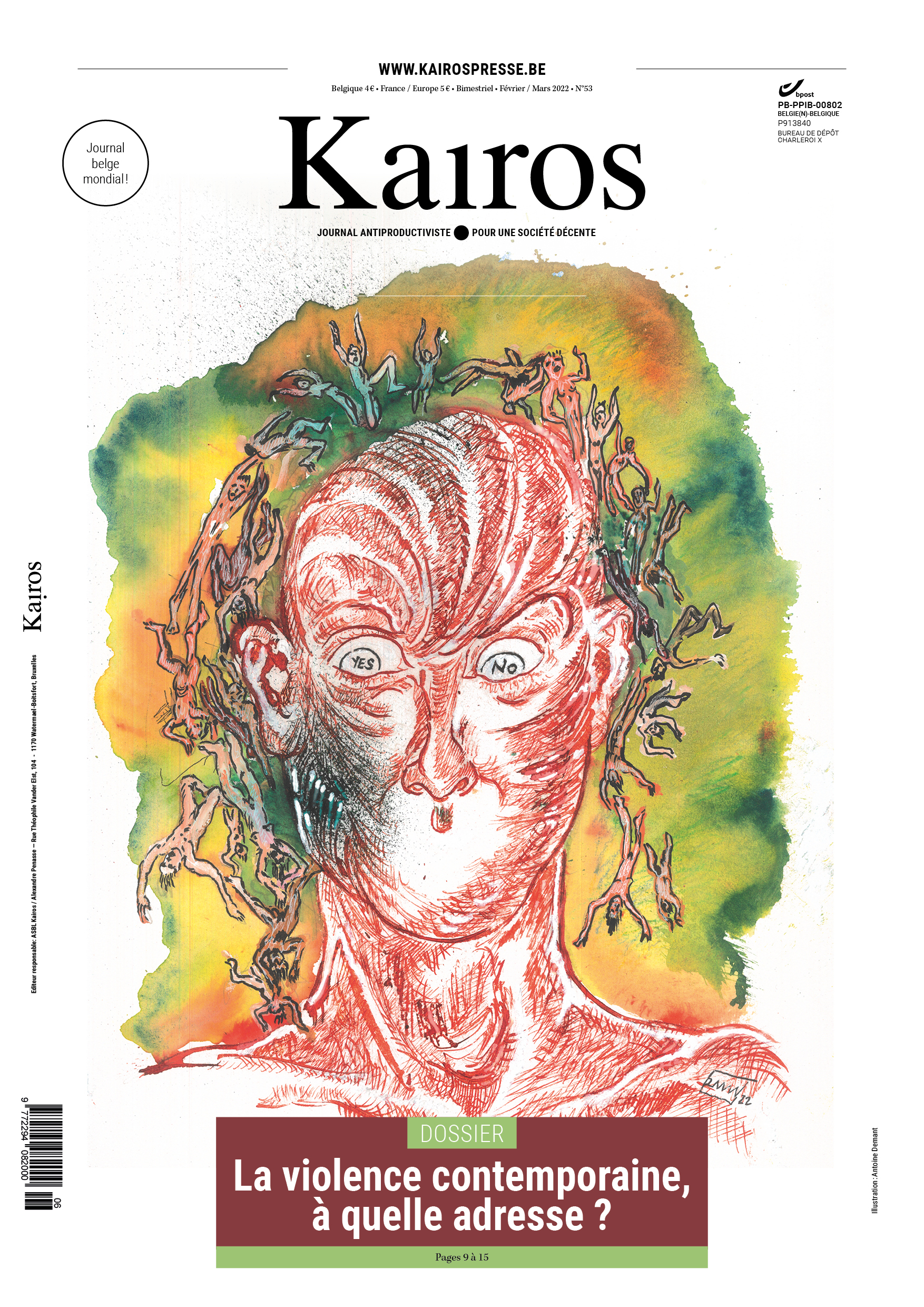 Some thoughts on the ongoing disaster

The call to hatred of the editorialist in chief Francis Van de Woestyne, of the daily newspaper La Libre, of which it had of free only the name(1)The article, « The lack of civic-mindedness of the anti-vaxers is also the cause of death,  » [qui] , illustrates the « annoyance » of the media, which has shaped the reality in which we live today. These new benefactors of humanity, who had accepted the monstrosities of this system without flinching for decades, did not understand that totalitarianism is only publicly defined after the fact. In the present action, the extremists are heroes, who sink into ignominy only when they have lost. Certain that they are in the right, they set no limits to their objectives, trampling all fundamental values under the paradoxical pretext of defending them. This reminds us of Emmanuel Lechypre’s television antics, who on BFMTV let his hatred ooze out by belching at the non-vaccinated:  » You will be vaccinated by force, I will have two policemen take you to the vaccination center. You have to go after them with your teeth and with handcuffs if you have to! « .

The handcuffs, they had already sealed them on our thoughts, now they wanted to put them on our wrists. The ignorance that they had been cultivating for decades in people’s minds, relegating school not to the training of critical citizens but rather to that of worker-consumers, was no longer sufficient in the face of opposition to the diktats of Covid. We already know how they had caricatured all those who stood up against « happy globalization », from strikers to yellow vests. Poised against each other, it was the same people talking to you. of an 11 million team  » and  » They were the ones who wereundermining the social link and what founds our humanity, armed with the media arm that was trying to create the illusion of consensus, atomizing us by letting us believe that we are the only ones to think against the official narrative. They who were putting us at risk on a daily basis, now dared to assert that the non-vaccinated were a risk to the lives of others. Unity was just an advertising slogan for them. Like freedom of the press or democracy: if they talked about them so much, it was to make us forget that they were only an obstacle on the way to insatiable power.

Olivier Maroy, a member of the French Community, a defector from RTBF, married to a presenter of the public TV channel, described Kairos as a rag on several occasions, a  » so-called newspaper « , in the middle of a parliamentary commission, without being bothered. Where are the media regulatory authorities? Absent. Insults, beatings, gassings by the police only become facts for the latter (like the Association of Professional Journalists), when they affect the media of which they are the only representatives: those of the power. Normal, just look at who makes up their board of directors.

But the term « annoyance » is basically an understatement, because the mainstream media could still only be in a state of annoyance when people didn’t feel their chains and stayed well behaved, consuming the products they touted in their pages. The situation changes when the people stand up, while the political and media power would like to see them sitting down. They are not annoyed, therefore, they are « bubbling » (according to Olivier Maroy(2)), afraid that they might fall from their pedestal, demote, irritated that their right to speak with the same voice, the one that emanates from these various channels, is questioned They have aunique approach that they try to feed every day, presented as democratic, measured, neutral and reasonable. While they only perpetuate the established order.

It is in the parliament where the journalist, now a member of parliament, sits that on February 2 they continued to establish their orders, and voted 45 to 18 in favor of a draft decree modifying the Walloon Code of Social Action and Health, in a rush that was strange, to say the least, when the « pandemic » was on its way out(3) and that the Omicron variant, equivalent to the common cold, does not overload anything except the mucous membranes. In this draft decree, considered as a « pandemic law » established at the local level, the Walloon government will be able to decide alone to declare a state of emergency. Regional hygiene inspectors » will be able to impose medical treatment on a person  » suspected » of having a disease that threatens his or her vital prognosis in the short term or that presents the symptoms of an epidemic disease, without any scientific evaluation(4). The « suspect » can as an alternative ask to be isolated and/or to stop practicing his profession; « the regional hygiene inspectors, doctors or nurses referred to in paragraph 1 have the right to enter any place that has been frequented by the person(s) suffering from an infectious disease or by the animals contaminated or suspected of being contaminated (.…) and « order if necessary »: the disinfection of objects and premises likely to be contaminated; the isolation, treatment and, if necessary, the killing and incineration of animals contaminated or suspected of being contaminated, in association with the Federal Agency for the Safety of the Food Chain(5) « , etc.

Christie Morreale, Minister of Health who initiated the decree, responding to concerned citizens, rolls up her tongue:  » Finally, this draft decree reaffirms the rights of patients by formally recognizing their right to refuse treatment, provided that other measures are taken to ensure the absence of contagion. « So the person can refuse the treatment, unless the government considers that there are no others, as with Covid… Who said anything about mandatory vaccination?

There is no longer a parliament, there are chambers of ratification of the decisions of an executive, with parliamentarians for the most part full of themselves, above the little people, far from the common good, parrots without opinions stupidly repeating the decisions of the Party. What will become of these political ectoplasms once enough people have access to the recipe for this crisis and understand that the media and politicians have provided the main ingredients? Politicians have allowed the hospital situation to deteriorate, both before and after the Covid era. The irony, but they are not so close, is that their concern for the Other Who Dies of Covid, has not given them the desire to help the public hospital, while Alexander De Croo told us that he had invested 4 billion, beds have been closed, but above all, after the artificial saturation of some hospitals, due to the fact that we have not left the therapeutic freedom to the general practitioners, the caregivers are out of breath. The very bourgeois habit of balconny applause in spring 2020, drawing its source from the same logic as the winter good conscience for the homeless who nevertheless die all year round, is not the sign of unity, but of division.

It is necessary at all costs to offer another narrative, to show how beautiful life is while they prepare us a nightmare world that we refuse. So say no, and unite. In joy.