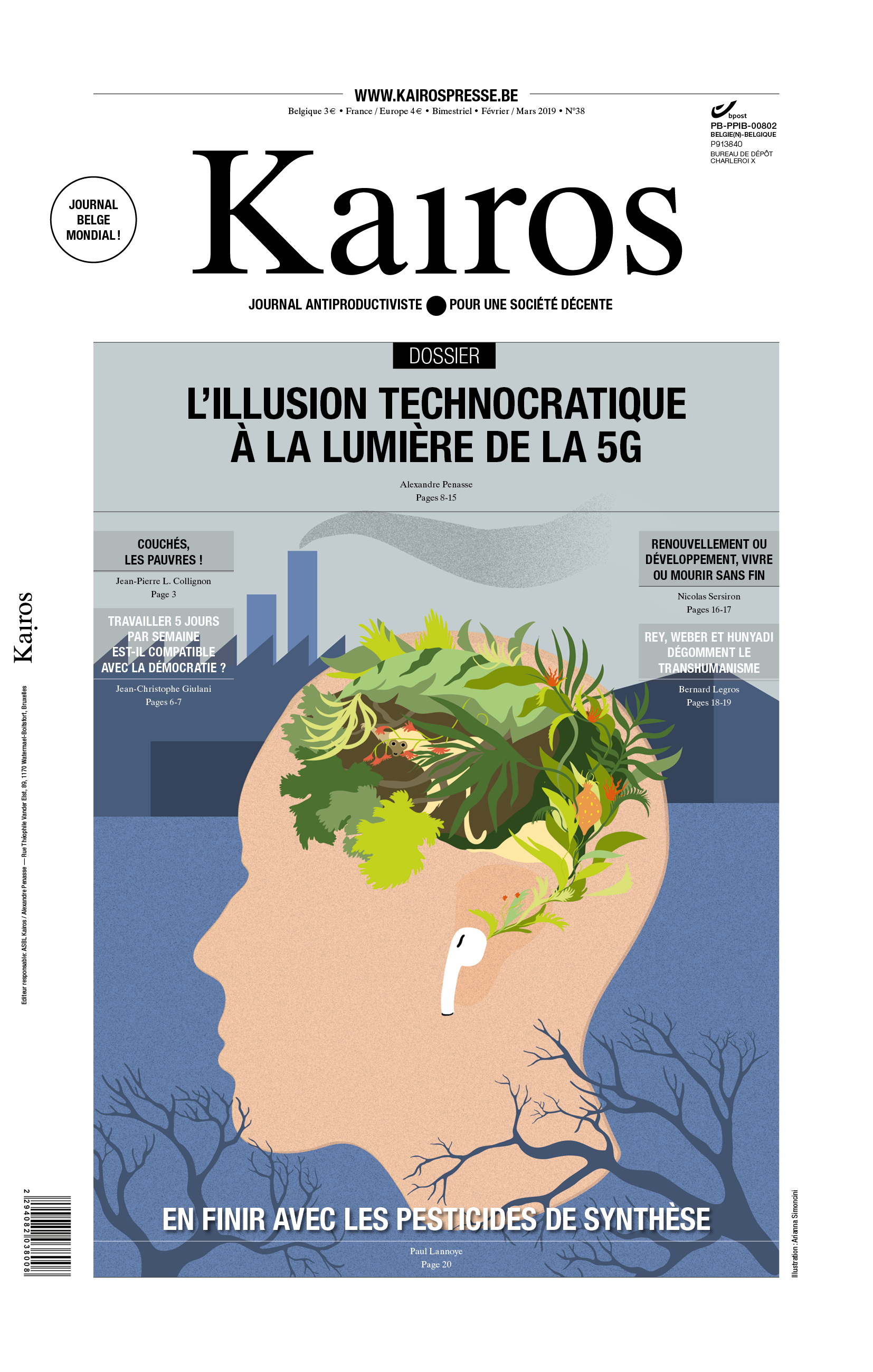 Tens of thousands of yellow vests that have been demonstrating for three months throughout France, despite police violence, fierce repression and its effects on hundreds of demonstrators (demonstrators with eye injuries, mutilations, various traumas); thousands of students who are on strike in Sweden, Switzerland, Belgium…; « marches for the climate » that are repeated almost everywhere. This suggests that we are living in an unprecedented period, perhaps the most promising in terms of real change since May 68? But it is also the one that will see a turning point that will be characterized either by a popular takeover of the future or by an unprecedented technocratic control.

It is obvious that since 1968, the forces at work are very different: on the one hand, an economic world that is more powerful than ever, owner of the main means of mass communication and influencing all political decisions in a unipolar world where the imperative of growth seems to be the only one they can obey, while the headlong rush since 1968, when « everything was still possible », has bled the earth like never before in 50 years; on the other hand, a fragmented society with urbanized, reformist and non-violent middle classes, facing a precarious and humiliated population, the first victim of globalization, these « rednecks » whose caricature has been engraved in the minds of the middle classes by the Dechiens and Canal+.

The political and media infatuation with the climate protesters contrasts with the morgue and condescension of the same people towards the yellow vests and says a lot about the perception of the different risk that these movements represent for the authorities. This inequality of treatment marks the class border that propaganda had made us forget, reducing for decades the social conflict to « us » and the « suburbs », a properly harmless analysis, because confined to the « cultural » sphere. This same frontier that comes back to bite you when, hoping to find in a friend, a family, a colleague, a common vision of this tremendous popular momentum offered by the yellow vests, you receive as the only answer mimetic nonsense, real gramophones of BFMTV or RTBF, with  » the yellow vests are still violent « . One can only be privileged or pushy to reduce the reaction of a wounded people to violence.

Of course, we know that the techniques of influencing the masses have been tried and tested for a long time and are now at the peak of their effectiveness. Thus, behind the « openness » of the politicians to the « demands » of the climate demonstrators(1), there is only a tactic of recuperation aiming at annexing a popular protest to a turnkey project thought without the people in the high spheres of the capitalist power. The political-media breach wants to draw the people’s path towards the great trap of the « energy transition » that captains of industry, politicians and media are already trying to sell us as the green future(2). In fact, if it is fortunate that among the climate demonstrators, some will quickly realize the subterfuge, it is to be hoped that they are numerous enough, but, above all, that the climate struggle is articulated to the struggle for a decent life, that is to say, green vests and yellow vests together. Not this red tinted glass where we focus on the question of distribution to better evade that of production, but a courageous posture that takes note of the state of affairs to guarantee a true ecological and human policy. As a unified point of struggle against the exploitation of the Earth and of Man, this convergence can only lead to the realization that the solution lies in the radical change of our lifestyles, of which the reduction of production, and subsequently of consumption, is the fundamental principle.

The work is gigantic, an immensity whose dizziness it generates in us comes from this paradox of a perspective that is at the same time credible but highly improbable, so much we are already advanced in the chaos. Of course, we can already hear the outraged cries of those who reduce us to the sole destroyers of hope. Like them, however, we are eager for change, but our optimism should not overshadow all that prevents the revolution we are calling for from taking place. The unison of the climatic appeals, taken up by the French stars in their last supplication (cf. « L’affaire du siècle »), contrasts with the silence on the responsibilities of the capitalist system and the beings it has produced, of which the world of the jet set and the Cannes Festival is the perfect representative. It is not about being pessimistic, negative, discouraging. On the contrary, it is necessary to identify the antagonistic forces, the points of friction, the contradictions which, if not overcome, will restrict the capacity for action. It is not a matter of nodding and saying « that’s good enough », because that little bit does not immediately mean that we are going in the right direction. On the contrary, these small steps emptied of any criticism against a society of consumption, of the spectacle, of always more, will not participate in the change, but most certainly foreshadow the deviation of legitimate aspirations towards projects prethought by the technocratic elites whose goal (to make more and more money) and the effects (destruction of the Earth and the living beings) will be the same. The myth of the energy and digital transition offers the perfect example, thought up by the elites to ensure the continuity of capitalism.

What we are trying to say is that some hopes are hopeless, the fruit of illusions built on a certain ignorance of the relations of force, and that we would find much more exhilarating « this despair overcome » that François Partant evoked. Only he will be able to give something.