The never-ending war against terrorism 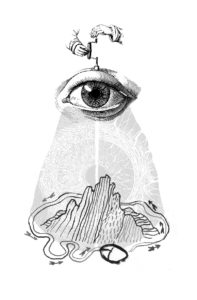 Ln June 9, Edward Snowden, a former employee of the United States intelligence services, admitted to being the source of the revelations about the secret surveillance program of the NSA (United States Security Agency). With official documents, he demonstrated that the NSA has the power to monitor everyone in the world thanks to digital technology. The PRISM program allows it to access the data of Internet users, wherever they are, thanks to the complicity of providers (Google, Facebook, Microsoft, Apple, Yahoo,…) who relay this data to the NSA. As every citizen of the world is a potential terrorist, the Obama administration considers this systematic intrusion into the privacy of not only American citizens, but of all earthlings, as long as they are connected, to be legitimate.

European politicians pretended to be offended for a few hours; they who proclaim their friendship and unwavering loyalty to their powerful ally can hardly publicly acknowledge that they are the object of an active surveillance program by this same ally. Naivety, hypocrisy, or … cognitive dissonance? Probably a little bit of all that. In the age of digital technology, when the Americans have provided the world with communication infrastructures, it is logical to admit that they have de facto control of them.

the collapse of the critical spirit

The paranoia maintained since September 11, 2001 about the risk of terrorism on American territory leads us to believe that the US government allows itself to use all means at its disposal to counter any potential threat from any source. The respect of privacy is not the first concern of the secret services, a fortiori when they are legitimized by the powers that be. European officials know this and their own secret services, with admittedly lesser means, are far from blameless in this respect. But what they know above all is that for the past twelve years the United States has been at permanent war. The war against terrorism solemnly declared by George Bush the day after the September 11 tragedy received the explicit assent of his NATO allies; I can still hear Guy Verhofstadt, Belgian Prime Minister at the time and, as such, in charge of the presidency of the European Council, say with warmth and conviction in the European Parliament: « Today, we are all Americans! For the past 12 years, the Europeans have endorsed, or at least accepted without much reluctance, the most questionable initiatives of their powerful ally. Better still, they have clearly aligned themselves with the United States by adopting anti-terrorist measures inspired by them.

The apocalyptic vision of the collapse of the twin towers in New York has struck the minds of many and created a feeling of insecurity that has annihilated the critical spirit of the majority and of political leaders in particular, and has justified a priori any initiative aimed at eliminating a potential terrorist, in defiance of individual liberties, respect for privacy and international law. Thus, in the name of a strangely expanded conception of self-defense, the bombing of Afghanistan in the fall of 2001 was validated by the United Nations Security Council, Afghanistan being presumed to be the base of operations of al-Qaeda. In the name of the war on terrorism, the European Union hastily and undemocratically adopted legislation in 2002 that infringes on individual freedoms (Framework Decision 2002/475/JHA), which has led to flagrant violations of fundamental rights. The Council of European Ministers of Justice even tightened this legislation in November 2008 (decision 2008/919/JHA): « provocation to terrorism », a particularly vague concept, was added to the types of incrimination initially retained. In the United States, the Patriot Act was enacted on October 26, 2001, in the context of the fear caused by the September attacks. The full name of this legislation is « Uniting and strengthening America by providing appropriate tools required to intercept and obstruct terrorism.

These appropriate tools include armed remote-controlled drones used for targeted assassinations of suspected terrorists at the initiative of the CIA. These targeted assassinations have taken place in Afghanistan, but also in Pakistan, Yemen and Somalia. In Pakistan alone, they have caused hundreds of casualties every year since 2008, peaking in 2010 with 849 deaths from 122 strikes, or more than 7 deaths per so-called targeted strike. Nobel Peace Prize winner Barack Obama announced on May 23, 2013 his intention to strictly regulate the use of drones; targets will now have to have been considered an imminent and ongoing threat to the United States! Nothing is said about the compatibility of the use of such weapons with international law and the collateral damage they cause in « friendly » countries. The silence of Europeans about this state terrorism is deafening. Other appropriate tools include the abduction of suspects, presumed to be Taliban or al-Qaeda members, from Guantanamo. These prisoners are in a legal no-man’s land, deprived of all their rights. Here, the complicity of several EU member states is proven.

In fact, for the past 12 years, in the name of the war on terrorism, there has been a clear regression in the guarantees for the exercise of rights and freedoms in many national legislations and in particular in Europe. We have also seen an increase in the number of violations of international law on the part of the United States, violations that are becoming increasingly commonplace. What legitimizes this war and this drift of the law is the feeling of insecurity born from the vision of the collapse of the towers doubled by that of the powerlessness of the US authorities in front of the actions of a terrorist group. This terrorist group is so well organized and so intent on causing harm that it has managed to evade the surveillance of the secret services and the backup plans of the military authorities of the world’s greatest power. This is, at least, the official version of the events of September 11, 2001; this version is accepted as a fact throughout the world and, in any case, in a petrified and vassalized European Union.

the weaknesses of the official version

In Europe, anyone who has dared to question this version has been immediately scorned, mocked, and called a conspiracy theorist. However, the implausibilities of the official scenario are numerous and, what is worse, the disturbing questions asked, in the United States itself, by non-aligned associations and personalities remain unanswered to this day. The official Commission of Inquiry set up to investigate the events released its report on July 22, 2004. The various U.S. citizen initiatives that have analyzed the contents of this report have all concluded that it is invalid, as most (if not all) of the key questions have not been seriously answered or even considered. Among these issues, a few deserve to be highlighted in my opinion:

Why were the normal procedures for hijacking airliners not followed on September 11, 2001?

Why were the anti-missile batteries and anti-aircraft defenses deployed around the Pentagon not activated during the attack?

Why have authorities, both in the United States and abroad, not released the results of multiple investigations into business transactions that strongly suggest advance knowledge of the specific details of the 9/11 attacks, transactions that resulted in millions of dollars in profits?

How were the CIA and FBI able to provide the names and photos of the suspected hijackers within hours and in addition visit the homes, restaurants and flight schools they were known to frequent?

For my part, as soon as September 11, 2001, I found it difficult to believe the official version. As time went by, my conviction was reinforced by its implausibility. After the outbreak of the war in Iraq in 2003, challenged by some major publications on this subject, I tried to initiate a contradictory debate in the European Parliament. In vain. It is in spite of particularly dissuasive political-administrative harassment that I was able to organize the public hearing of two non-aligned personalities, Professor Michel Chossudovsky of the University of Ottawa and the former German minister Andreas von Bülow. The fallout from these two hearings was minimal and I confess that I was unable to ensure sufficient repercussion in the European media, which practiced and still practices very effective self-censorship.

By now, it has become difficult to dispute a number of inconvenient facts and to refute arguments that argue for the complicity, at least in the form of wilful passivity, of senior U.S. policymakers in the occurrence of the September 11, 2001 attacks. It is widely documented that the war against the Taliban in Afghanistan was planned by the U.S. government and military long before 9/11. In the same vein, the 2003 war against Iraq was also long planned and was only justified by false statements by the US government about the alleged possession of weapons of mass destruction by Saddam Hussein’s regime. The war against terrorism is thus becoming increasingly clear in all its ugliness: it is above all a war against democracy and for the control of access to scarce resources.

Former President of the Green Group in the European Parliament, Leader of GRAPPE (Group of Reflection and Action for an Ecological Policy)