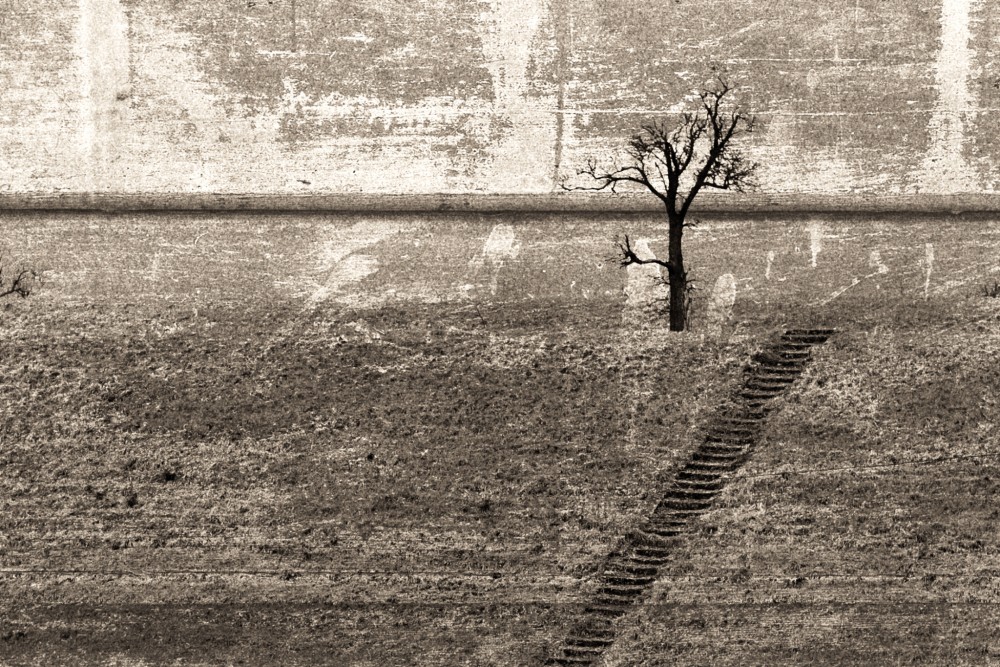 Almost a year ago, we were told that we would have to confine ourselves to avoid spreading a dangerous virus from China. I had already noticed that the numbers didn’t seem as alarming as the media was saying. Although the decisions already seemed rather excessive, I accepted the situation. I realized the opportunity to take some time for myself and to pursue my projects quietly outside of a hectic society, while being well aware of the influx of anxiety-provoking information relayed by the media and the ongoing mass propaganda.

At that time, I was already wondering about the political and economic interests in the management of the virus that in a few months had become the center of attention. Nothing else seemed to matter, all other equally important causes were and still are put aside. At that time, we still thought that after a few months we would be able to live normally again, party, go out, meet people, live, basically.

What followed was far from anything I had imagined.

In summer, the measures began to slacken. We were told about deconfinement. I thought that we would gradually be able to live normally again. Unfortunately, some time later new measures arrived. Increasingly incoherent, liberticidal and authoritarian measures. A closure of all establishments except the offices, a sending of the culture to the wrecking yard, a totally unjustified curfew, the prohibition of demonstrations, students locked up alone at home behind their screens at a time of personality development when social contact and life is paramount. The obligation to wear a mask everywhere outdoors(1) (The WHO has never recommended this measure and a Danish scientific study has demonstrated its ineffectiveness).

Accompanied by this, an omnipresent censorship of all divergent opinions by the media and the different networks. Finally, the establishment of an irrefutable dominant thought. Indeed, many doctors and health professionals such as Professor Christian Perronne, Jean-François Toussaint, Pascal Sacré or Louis Fouché, to name a few, have given opinions that are very different from those of the traditional media. They have been labeled as conspiracy theorists, or « reassuranceists », terms that are very useful for the media who use them to reject any opinion that does not go in the direction of the dominant thought, the entry in the dogma of covid-19.

On the other hand, it has been known for some time that the virus is only dangerous for a well-defined minority. However, the restrictions cover the entire population, causing many disastrous consequences for which no benefit/risk balance has been established when decisions were made. The climate on the streets and on public transport is unhealthy. We feel the psychological distress of people, their boredom, the frustration of being reduced to functional robots, deprived of all forms of leisure and social development. What I see around me is similar in every way to a dystopia. If people don’t wake up and continue to obey meekly, I fear greatly for our future, especially for us young people who have been locked up in our homes for almost a year.

Most of us are already aware of the serious ecological and economic challenges we will face in the coming decades. In addition, we are deprived of freedom, leisure, social contacts and we still have no prospect for a return to « normal ». It is no wonder that many young people are in psychological distress.

Finally, the media and politicians are trying to make us feel guilty and point the finger at us as responsible for the continuation of the epidemic by not following the measures. While these are totally unjustified and no return on their effectiveness is demonstrated.

Besides, it is not only the young people who have to suffer the consequences of the catastrophic management of this crisis. I will justify my statement in the following lines with a personal experience. My great-grandmother died of old age a month ago. At the age of 97, she fell at home, broke her femoral neck and was taken to the hospital and then to a residential center. Although it was felt that she was running out of time, she was only allowed a 40-minute « reference » visit once a week, due to covid restrictions. There she was given a PCR test and quarantined. Twice, including on Christmas Eve. In her hospital room, she was left to die alone, isolated from her family and the rest of the world. Against her will, she was forced to spend the last few weeks of her life in isolation.

It is certainly not the only case. I think of the people at the end of their lives who can no longer see anyone. Would they rather risk dying of covid or spend their last moments in isolation? They were not asked for their opinion, just as no one was asked for their opinion in the decisions. This highlights the undemocratic nature of the current management where we are all forced to obey obediently in the name of the almighty covid.

I would also like to point out the hypocritical nature of the state’s discourse. Since when did we decide to apply the 0 risk and if this is what we want then why is it only applied for what falls under the sars-cov‑2? Indeed, we are told again and again that all this is for our health and safety. I don’t see all these measures and restrictions to decrease the deaths from pollution, road accidents, suicide or smoking. We are told that it is for our good, our health. Currently, mental health, and consequently also physical health, is being challenged. Masses of people find themselves demoralized and isolated. According to a study conducted by Sciensano(2)The rate of people over 18 years of age subject to suicidal ideation between March and June 2020 was 8%, of which 0.4% attempted to end their lives, which is double that of 2018, and for a period of time 4 times shorter.In fact, during the 12 months of 2018, there were 4% of people subject to suicidal ideation, of which 0.2% committed the act. That’s half as many people over a period of time that is four times longer.

I myself have wanted to see a therapist and it turns out that you have to wait months to see one because there are so many requests for help.

Through propaganda messages that advocate so-called security, we are witnessing a historical manipulation of the masses. Here I must admit my ignorance on many things. I don’t know exactly what the state is trying to do by making these decisions or what interests are behind them. To tell the truth, I prefer not to go into that, it would remain too hypothetical given the little reliable information I have access to.

What is certain is that most decisions are not made in the interest of the people. The deprivation of freedom, social isolation, the establishment of a single thought, censorship, decision-making by ministerial order, all of these are totalitarian traits.

In view of the seriousness of the situation, I call upon the people to civil disobedience and rebellion.