Requiem for the human species 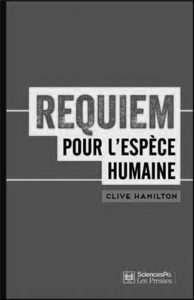 After Jean-Pierre Dupuy, Yves Cochet and Hugues Stoeckel, we can add the name of the Australian philosopher Clive Hamilton to the list of catastrophist authors. His Requiem for the Human Species is a summit of the genre.

Without referring to other threats (loss of biodiversity, depletion of resources and soils, pollution, etc.), theimitates its subject to the climatic question, which alone is sufficient to found the hypothesis of a strong decrease, even of a disappearance of the human population in the course of this century. Hamilton begins with an overview of the scientific research in this area. All calculations have been revised downwards, which means that the consequences will be felt even earlier than expected. The increase of another 4°C now seems unavoidable, even assuming that humanity stops all CO2 emissions immediately. We must therefore admit this distressing idea, he warns as a psychologist, and give up: « … healthy mourning requires a gradual withdrawal of the emotional investment in the hopes, dreams and expectations for the future on which our lives have been built » (p. 236). However, our inner obstacles to this mourning are called cognitive dissonance, climate skepticism (both right and left), our way of reinterpreting the threat, our own values (among others political), pleasure-seeking, and forced optimism that « becomes a way of disengaging from a reality that contradicts the deeply held certainty that everything will end well » (p. 153) and which leads us to « predict what we would prefer to happen rather than what is most likely to happen, » in the words of psychologist Shelley Taylor (p. 151). Since the Enlightenment, we have also divorced ourselves from nature. If he is not a supporter of the Gaia theory, the author suggests that our conscience should be « ready to admit that an Earth can be alive while remaining scientifically credible » (p. 167). He contrasts the « independent self » (that of the modern individualists) with an « interdependent self » emphasizing relationships with others, adding that a balanced attitude mixes the two kinds. All these phenomena explain why the social body, inert, is reluctant to abandon its prejudices and to change its habits, even though it is more and more aware of the probability of collapse. Hamilton then cuts to pieces the false good solutions: geoengineering — a real nightmare -, carbon capture, green consumerism and greenwashing.

No one is perfect, so the author is caught red-handed when he writes: « Continued economic growth is vital to get people in poor countries out of the rut […] » (p. 47), although he criticizes this same growth when it concerns rich countries. Another faux pas: « I have no principled opposition to nuclear power » (p. 194). At the end of the book, he paints a bleak picture of the future, but, alas, certainly realistic. The societies have no other solution than to transform themselves collectively to face the unknown, to try to rebuild the future by overcoming the positive disintegration, concept designating « the sensation of collapse of our personal world when a situation invalidates the values on which we founded our identity » (p. 238); these values being those of the consumption, to such a point that « many, among us, cling to their manufactured identity, to the point that unconsciously they dread to renounce it more than they fear the consequences of the global warming » (p. 92). So much so that the exit door is narrow! To succeed in « re-conceptualizing the Earth », here is a vast program… 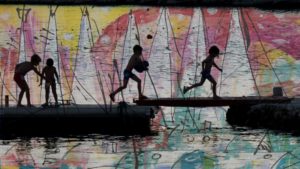 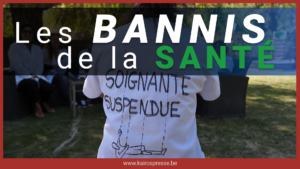 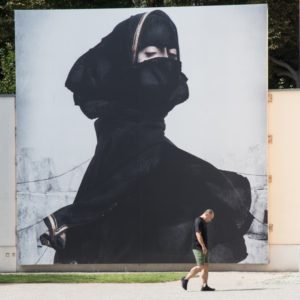 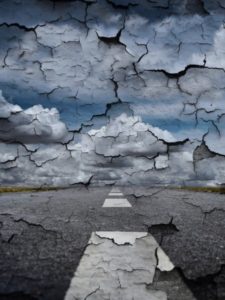