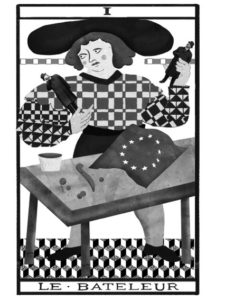 The hustle and bustle of the 2013 holiday season and the prevailing good mood overshadowed a political event that would determine our future. It was on December 20 and 21, the days when the Walloon, Brussels and Wallonia-Brussels parliaments voted to ratify the TSCG, the Treaty on Stability, Coordination and Governance in Europe. This treaty, signed by the representatives of the Member States of the European Union (with the exception of the United Kingdom and the Czech Republic) on March 2, 2012, has thus been definitively ratified by the Belgian State, which, by virtue of its Constitution, has the particularity of having to submit any treaty to the seven elected parliaments of the Kingdom. The House and Senate ratified the text before the summer recess, in complete silence, with the government majority parties voting in favour and the ecologists quietly voting against; the Flemish and German-speaking parliaments followed suit. The circle is complete with the votes on December 20 and 21.

On the major issues that involve the future of our societies, and even of humanity itself, and that require immediate measures, the current system is perverse and ineffective because it is biased by short-term interests

The scope of this treaty is unprecedented: it locks the signatory states into an untenable budgetary straitjacket, subjects parliaments to the technocratic tutelage of the European Commission and advocates austerity with no prospect (other than that of a resumption of growth, which everything indicates will not take place).

Citizens’ and trade union initiatives aimed at forcing a real public debate on the issues of these treaties have come up against the wall of the parties represented in the various parliaments. While a hearing of French-speaking union representatives had been scheduled in the Walloon Parliament in the fall, this hearing was postponed several times to the point of taking place in Brussels two days before the vote. Thus, its impact on public opinion could only be zero, which was clearly the goal.

Some parliamentarians have admitted their unease with a text that they find disturbing or impractical. This did not prevent them, with rare exceptions, from aligning themselves and finally voting for; the few rebels who went to the end of their logic did not succeed in shaking the flawless edifice built by the four parties in power. However, no parliamentarian, in any parliament in Belgium, has been elected to give up the power entrusted by his voters to the European Commission, the International Monetary Fund or the European Central Bank.

No parliamentarian has ever been elected to make decisions on issues that are essential for the future without any prior democratic debate. Unless the democracy of which Europeans speak so warmly is no more than a facade behind which the decision-makers, i.e. the party apparatuses, are operating, preoccupied above all with the next election and their own future. In this case, we should rather speak of particracy than of democracy, particracy being a regime governed by parties, the elections having as a function to establish a balance of power between them for a legislature, during which the people is put between brackets. I have always believed that it is the responsibility of parties and elected officials to properly inform citizens about political issues, especially when they involve society for the long term. Of course, each one is supposed to do it with his personal sensibility and according to the values he favors. But in no case is it acceptable to hide these issues and even less to knowingly mislead the public on their scope.

The implementation of direct democracy mechanisms and the consultation of citizens when the request is legitimized by a representative number of people concerned are tools likely to limit the particratic drift inherent in representative democracy. As soon as these tools are decried, if not rejected by the political parties, as soon as they, in the name of a so-called superior interest (today the survival of the euro!) voluntarily hide the stakes and confiscate popular sovereignty, it must be admitted that representative democracy, as we know it, is sinking.

Two reactions, as dangerous as they are understandable, are becoming more and more evident and are largely affecting the youngest strata. The first, the easiest and least demanding for those who adopt it, consists in boycotting the elections or voting blank to mark the rejection of the system. The inefficiency of the approach is obvious, since only the votes cast are taken into account for the devolution of seats and there is no minimum voter participation requirement to validate an election. In other words, by not voting or voting invalid, one reinforces the dominant parties.

The second is to lump all parliamentarians together as being rotten and to throw oneself into the arms of any speaker who announces a better world that will only come about if we trust him. This is the classic approach of the extreme right, purifying and moralising, which history has taught us to be wary of. Unfortunately, it has the advantage of being simplistic and likely to appeal to people who are deprived and without perspective.

I believe that the time has come to innovate in order to give new meaning to democracy and to reawaken a taste for political action. To reject representative democracy is both simplistic and impractical. Redefining its role by limiting it seems to me to be more realistic and more effective. It is humanly understandable that parties and elected officials focus on short-term issues and are less concerned about what will only have an effect after the next election. Voting on long-term plans knowing that none of the voters will be in office to assume the eventual failure is easy and risk-free.

On the major issues that involve the future of our societies, and even of humanity itself, and that require immediate action, the current system is perverse and inefficient because it is biased by short-term interests. I am thinking of course of the fight against global warming, but also of the use of GMOs in agriculture, or the dissemination of nanoparticles in the environment.

Elected officials are therefore not necessarily the most appropriate people to decide.

Why not introduce a new bicameralism for this type of issue? In addition to the elected parliament, a parliament composed, as in a popular jury, of citizens designated by lot and specifically charged with studying the various possible solutions to the problem at hand. This popular jury, which has no particular competence (which is also the case for a large majority of elected officials) to deal with the issue entrusted to it, would be required to organize debates and hear the opinions of personalities presumed to be able to provide them with any useful information.

There is little risk in trying this experiment, except that it will give a breath of fresh air to political debates and reconcile the population with the very idea of democracy.

Honorary Member of the European Parliament