LREM: The Search for Maximum Efficiency ? 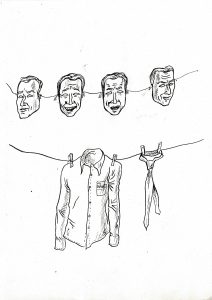 If he is not a good President of the French Republic, after three years in office, Emmanuel Macron seems to have a merit, which is very useful in the politics of facade that tends to replace the politics of ideas that we used to do, of course, in the famous world of the past: this merit is a rather great and efficient mastery of communication. He also apparently understands the importance of having fuses at hand to blow at the symbolically best moment. This article will not aim to list all the Macronian (language) elements specifically during the last semester, Kairos is not yet the size of La Nouvelle Revue Française. This period which is coming to an end seemed, until the last few days, to be fairly well controlled… At least on the surface. Just to hide some small grains of ideological dust under the carpet of a communication too abundant to be honest.

First of all, in terms of presidential communication, one only has to look at the Elysée website to realize that it has not been idle (judging by the quantity of articles devoted to it). More than fifty documents are available, but we leave it to the courageous reader to take a closer look. Quantitatively, it is therefore a rich period. But from the point of view of diversity the program was particularly rich: apart from the term « address » which is a better style than the basic « speech », and which designates rare solemn interventions, there were press conferences, press releases (one could object that with the number of deaths that the Covid provoked in the ranks of celebrities, it could have inflated the quantity…), speeches in emblematic places (in front of a military field hospital, in Beirut, in Brussels at the European Commission, …), « improvised » meetings captured (oh, what luck!The list is long and illustrates an over-occupation of the field by the first person of the French State but above all an interest in the diversification of formats and tones, a modus eloquendi that adapts to a maximum of audiences by speaking to them with emotion without ever getting to the bottom of things.

In parallel to an increasingly strong reference to resilience and tenacity (very practical), to recognition (no doubt a tribute to Paul Ricoeur, of whom Macron was a disciple), to recovery and to that struggle that the French (not their leaders, nuance) will win, specifically those small professions and people who were cared nothing about before the « crisis » and who will fall back into a legitimate protest but absolutely not taken into account once their necessary but difficult work, essential for the economy and the well-being of the population but so poorly paid, is no longer needed, there is no constant in the words that could encourage. Always, the hope of the famous and so much overused world of the next. The world is going badly, but France will be better afterwards, when all the plans have been put into effect. In the meantime, put on your masks everywhere, practice the horror of social distancing, tighten your belts but consume anyway please (especially the young, but don’t play with fire and with the « vulnerable », it stains in the magnificent picture of a bright renewal). Isn’t the next world beautiful?

The staging of his speeches is — unlike his first appearances following the election, which were either grandiloquent or improvised and not very successful — quite fine. Indeed, if one compares his solemn addresses and his speeches surrounded by his ministers, the scenography of the presidential character oscillated constantly, in this unstable period, between the almost philosophical parable and the brutal eruption of figures, between the economy and the human, between a serious isolation and an entourage of godillot ministers and figurants representative of the evoked field, Between the symbolic elevation of the presidential office and the return to the crowds and the people in Paris or Beirut, between a nationalistic or even revengeful tone and a pinch of slightly intrusive neo-colonialism, Macron has undoubtedly both renewed the genre of leadership discourse and also led to a splintering and multiplication of audiences with whom polemic or caricature are inevitable. All this, always with a dilection for the look that fixes, right in the eyes, in the case of the addresses, supposedly every Frenchman and every Frenchwoman. The former admirer of Levinas has undoubtedly studied his theory on the importance of the gaze.

Finally, and this has not been especially noted, this symbolism that aims at the effectiveness of communication and, therefore, at a more percussive, more productive, more effective action, there is the role of the fuses, that is, roughly speaking, all the civil servants, large and small, between the citizens and the presidential Monarch. The symbolism was particularly visible during the ministerial reshuffle organized surprisingly one week after the re-election of Edouard Philippe as mayor of Le Havre (and the non-election of others in favor of a green wave that had swept through Marseille, Bordeaux, Strasbourg and Lyon…). Who did Emmanuel Macron appoint? A hard worker. A provincial who comes from far away from Paris and who had demonstrated his discreet work during the deconfinement. Jean Castex was the right man to accelerate the reforms. Not because he is a reformist politician, but because he assumes the role of a labourer, of a « worker on the ground »: there is therefore no need to re-explain what has been said in a speech. Manu speaks eloquently, Jeannot gives it his all: here is the perfectly balanced management couple without any symbolic power grab or loss of authority by the other member of the couple who would step on his toes. No short-circuiting or overvoltage in sight, therefore.

What went more unnoticed, as the outcry of reputations preceded them, was the presence, new or modified in the organization chart, of some ministers. The symbolism is there also pregnant: these high characters have either a respectability or a knowledge in the fields of which they become the bosses. Eric Dupond-Moretti is a lawyer and future ex-chronicler on the radio Europe 1, Roselyne Bachelot is a media personality very frequently in cultural circles, Gérald Darmanin is a perfect disciple of Sarkozy of which he likes to take back certain expressions or the concepts of force and authority… These personalities express themselves well, with faconde, with verve, with chosen words, with an assurance which reassures us Gone are the stammerers, the hesitators, the diaphanous Ndiaye, Belloubet, Pénicaud: the second part of Emmanuel Macron’s five-year term will be done with a team of fighters, marching towards victory. And to think that 2022 is only a year and a half away! One would almost think that these important and divisive figures illustrate this « new » and « old » way of thinking. at the same time  » that Macron still does not assume: they illustrate all the contradictory and not necessarily very harmonious facets put together of a man whose motto becomes  » Who embraces too much at the same time, badly embraces on the details « . We reuse old glories and we recycle old young people who promised a little everywhere before ending up in LREM or with the Macron couple. Isn’t that a lovely program?

It must be, by the way, that this works well for the government team, since it is not going well for the party, which is wilting like a socialist rose on a slurry of productivist social-democrats. In particular, there was the pleasant decision to leave the leadership of the Macronian Titanic, taken by Gilles Le Gendre, the tongue-in-cheek hero (damn, he must have been a very good economic journalist) who claims, after the leak of his allegedly confidential note on a potential reshuffle, that he is leaving on his own. The former LREM deputies are running off to a colorless group that is supposed to talk about ecology with former EELV, PS, LREM deputies who have turned their backs or, even worse, with the MoDem « allies », who are counting the points and defections with a guilty greed. Throughout the summer, the President was seen to be sweating more about the melting of his former parliamentary group in absolute majority than about the melting of the great glaciers or the (re)rise of the Covid-19 indicators. All summer long, we played counting games, with some ill-concealed hilarity. It is almost worse than under Hollande: a cleverly orchestrated unfolding. It keeps us busy, between two christic speeches of the Elysée boss.

Is there efficiency in the government team? The number of days they have to act is trumpeted, certainly with gravity, but without fear or anxiety, where poor Bernard Cazeneuve seemed petrified by the idea that he would only have 100 short days left in his suit as Prime Minister. After two months of existence and an endless batch of promises, acts, plans and programs, this government still has 540 days to reinvent itself. Who knows? This time will perhaps serve him to abandon the mantra of the famous world of before with its capitalist and productivist system which led everyone straight into the wall. Dare we say it’s not going well?