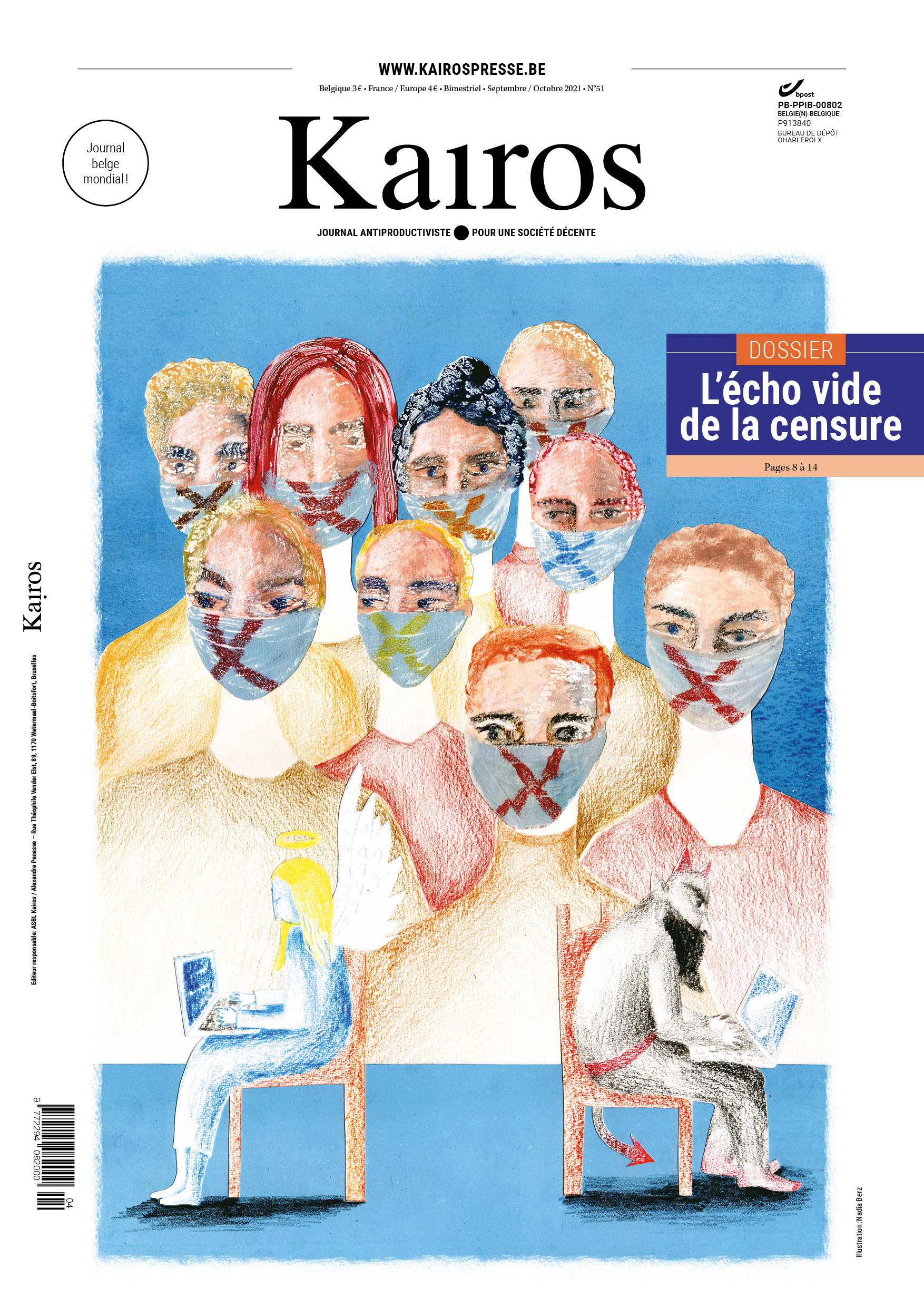 Contraction of time, inability to think

Everything goes very fast, perpetually accelerating, putting down a reflection already made impossible for the majority of people caught up in anguish, conformism, and the illusion of a return to « normal ». While a promise shared by the power (for example: « vaccination will not be compulsory »(1)) is immediately denied by another, and the lie is never revealed by those who make the information… Orwell had already warned us that the function of political language was to make lies sound like truth.

This perpetual anchoring in the present makes it impossible to analyze the past and to see the future: the past no longer exists, it is erased by the agenda, making it unlikely that we will be able to imagine what the politicians have in store for us in the near future.

- « Mandatory vaccination for all »?

Not so far? Are you sure? The person is thus incapable of remembering what he thought a short time ago, that is to say this unthinkable future that he now lives in the present: he does not remember that he could not have imagined, only a few months ago, that one could impose a planetary confinement, generalize a remote education, apply martial methods such as curfew, send back home unvaccinated pupils. Stunned, she is no longer able to think, since, as in advertising, the new information sounds like an admission of the lie of the previous one, the true being mixed with the false. While the official auditors tell us what is wrong while admitting they don’t know(2)This is the case with the censorship and stigmatization that prevent one from going outside the imposed framework, all in an emotional magma (fear, guilt, conformism) that is intellectually inhibiting.

» Who controls the past controls the future. Who controls the present controls the past « (George Orwell, 1984). In this temporal control of memories, the concealment of past means (denial of prevention, freedom of doctors scorned, refusal of alternative treatments, lies about figures, media propaganda, opacity, refusal of all debates…) implemented to ensure the present (massive vaccination) still allows for doubt about a future that will offer a « way out of the crisis. This desirable future is based on a belief in benevolent government. However, there will be no « way out of the crisis » by traditional means, the application of ways of thinking that have created the world we are in.

Moreover, what is presented as a choice is made compulsory by the conditions imposed, a deeply perverse method that leaves the individual alone with two arbitrary decisions: you have the choice not to be vaccinated, but you will no longer be able to go to the theater, the cinema, or the restaurant; those who have not made this choice may no longer want to see you; you will lose your job… The contradictions of the press articles are convincing, despite the fact that they present this as a health pass/masque dilemma:  » Either it’s « mask and social distance and respect for CIRM » (a place subject to a conformity control) and they will be half full rooms; or it is the CST pass and it is full gauge. When it comes to reassuring the public, the choice is quickly made (sic). This is the pass. The economic incentive is obvious: there is no question of additional financial compensation for those who would remain aligned with the old protocol, confirms the office of the Minister of Culture Benedicte Linard « (3). Understand: as a theater director, for example, you can « decide(4) to apply mask and social distance, but you will have half-empty venues, may have to deprogram shows, some « logically » deciding to go where it works better, you will have to lay off staff… but  » each venue management makes its choices (mask or pass) according to its specificities and in its soul and conscience « .(5).

What « soul » and what « conscience » after a year and a half of bludgeoning, guilt marketing, and now stigmatization? Where those who hold a different view are pressured, to the point of aggression. Louis Fouché, twice robbed, called a right-wing extremist calling for violence, victim of false accounts, boycotted by the mainstream media, is only one of the many witnesses of the totalitarian, Stalinist-Nazi violence that falls on anyone who thinks differently, threatening anyone who would like to do the same. So there is no choice: while they pretend to debate on TV, the decision makers have already decided. The media are only there to ensure the manufacture of consent, they are the antechambers where the decisions of power macerate before they pass into the social body under the illusion that all have accepted it. The RTBF QR code program of September 1st, gave the illusion of debating the health pass and the vaccination obligation. The intro, however, set the tone and clearly indicated that it was not a question of discussion, but of preparing people’s consciences for what was to come:  » Should a health pass be introduced in Belgium, there are pros and cons. And the pros and cons will also discuss another concept that is gradually making its way: the obligation to vaccinate…  »

The Manichean reduction of thought into pros and cons, with one side being equated with the conspiracy mongers (thus leaving no real serene choice), commands the dumbing down of the masses with the formation of opposing sides. We are not for or against. We want to do the opposite: nurture thought and critical thinking. We are not afraid.