In a few months, under the pretext of a health war, our fundamental freedoms have been heavily abused and free expression, a pillar of democracy, seems to evaporate in general indifference. From light artillery to weapons of mass destruction: in this article we explore the arsenal currently deployed by the dominant structures to take control of the truth.

For more than a year, military vocabulary has invaded the scene. « We are at war, » declared French President Emmanuel Macron as early as March 20, 2020(1). Since then, the terms « curfew », « state of emergency », « blocking of borders » flood the columns of newspapers, as well as the counting of the dead during the « assault waves » of the virus. Tenacious when it comes to defending the independence of his positions, microbiologist Didier Raoult published his « COVID-19 War Diaries » last November(2), revealing the bellicose atmosphere in which a real arm wrestling match is being played out to bring out the medical truth.

The truth that was worth $26 billion

No one can deny that the stakes are huge. Pfizer alone projects that sales of Covid vaccines could reach $26 billion by 2021(3). However, this huge market can collapse overnight if an alternative medical solution appears to be effective.

« If only one of the alternative treatments we are talking about, namely ivermectin, were to work, the authorization for the vaccine would fall immediately because it is a conditional authorization, which is linked to the fact that there is no other treatment(4) « , reminds us Xavier Bazin, author of the book « Big Pharma unmasked ». In fact, the European Medicines Agency (EMA) includes in the conditions for conditional marketing of the vaccine a clause that states that this solution is provisionally accepted only because it meets an unmet therapeutic need, in the absence of an alternative solution(5). This is a key to understanding the war of scientific information, which is currently being played out.

Governments, in turn, have committed public finances to unprecedented levels. It could take 10 years for Belgium to return to the pre-Covid budget situation(6). The deprivation of liberty and other restrictive measures have had a severe impact on a range of societal registers: economic sectors have struggled, mental health indicators have plummeted, and education and culture have slowed. Some drug treatments, such as chloroquine or, more recently, ivermectin, have been rejected by the WHO, the European Medicines Agency or the ANSM in France(7), for essentially methodological reasons, which give rise to a debate within the scientific community. If such measures prove to be unjustified, governments will bear a heavy responsibility and we will be in a state of affairs.

If these issues concerning alternatives to vaccines were the subject of a transparent and serene debate, either in the political arena or in the scientific arena, in complete independence from private interests, it would be reassuring. But the observation of the battlefield shows that, instead of an open and democratic debate, we are witnessing a real polarization between the « official voice », dictated by governments, mainstream media and official scientific councils, on the one hand, and divergent voices on the other, emanating from citizen or scientific groups. And in this arena where everyone expresses their truth, the two sides do not fight on equal terms. That’s an understatement. One could say that we are witnessing a face-off between armored tanks and stone throwers.

The strategies put in place to systematically counter opposing viewpoints compete with each other in terms of creativity. We suggest you to pin some of them.

On YouTube, censorship is pure and hard. The video giant does not hide its policy: filtering content that does not go in the direction of WHO and governments.

Examples are legion. They may be doctors, virologists, eminent scientists, statisticians, philosophers, journalists, intellectuals or engaged citizens, no matter what their distinctions are, no matter the quality of their argumentation and no matter the consistency of their sources, they are literally banned from YouTube, as soon as they express too much scepticism towards the official medical strategy.

Would you like some examples? The Crowd Bunker site (another warrior vocabulary, you might say) hosts a series of videos that have been censored on YouTube(8). You will find there food and drink, but in particular some meetings of the Independent Scientific Council, however serious, nuanced and benevolent despite their critical spirit. The Great Kairos Debate was itself censored. Professors Christian Perronne and Didier Raoult have a scientific curriculum that even their opponents describe as « well rounded »(9). Both have been censored, in some cases temporarily. Finally, even a video of a public media, the Radio Télévision Suisse (RTS), was censored. It was a report on the situation of Covid-19 in China(10).

The result of this censorship is threefold. First, dissenting voices will not be heard on the world’s most widely used video platform. Indeed, YouTube is almost 10 times more viewed than a platform like Vimeo, which is not free(12). Of course, it is a private space, which can therefore set its own publishing criteria, but the reality is that it is indeed the place where the largest audience is concentrated.

The second consequence of censorship is that it can discourage free expression and lead to self-censorship. Not only for those directly involved, but also for all others who witness this punishing climate.

The third consequence will be that a part of the population may consider as suspicious, or even inadmissible, the actors who have been censored. It is more comfortable to side with the strongest.

On Facebook and Instagram, same struggle. The global social network announces the rules of the game: « Facebook will now remove a range of misleading claims about Covid-19 and vaccination, » the company announced in a February 8, 2021 statement(13).

But who can claim to be able to distinguish the false from the true at the heart of a crisis that is shaking the world and whose stakes are beyond us? That’s the whole point! And Facebook, in the space of just four months, has shaken things up. In February, the social network announced that it would remove posts stating that the coronavirus « is factory-produced or man-made », or that wearing a mask is not effective in preventing contamination. Probably in the wake of the publicity of Fauci’s e‑mails, Facebook has just done an about-face in June: from now on, the hypothesis of the human origin of the virus is accepted(14).

The reality is that Facebook adapts its policy in an arbitrary way, following the dominant official viewpoint. « The moderation by the platforms obeys ideological presuppositions », analyses Arnaud Benedetti, associate professor at the University of Paris-Sorbonne.

The consequence is significant: freedom of expression and democratic debate are stifled, in fact, on these private spaces, but so frequented that they determine a large part of the opinion. 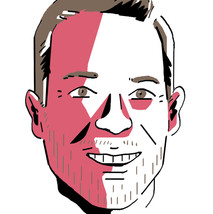