What kind of world do we live in? 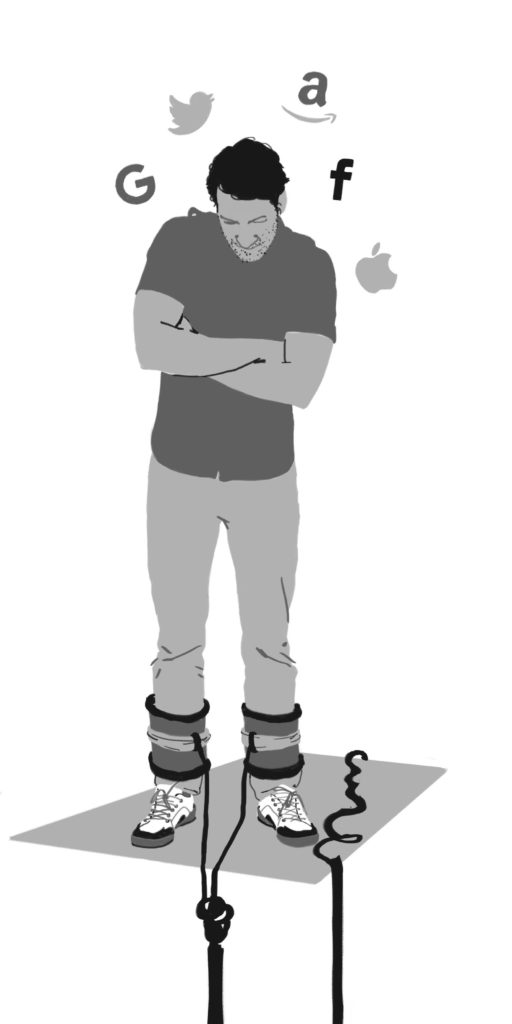 The ground seems to give way under our feet, the world collapses, the fall programmed. While the pre-covid era, already 9 years ago, had pushed us to found Kairos, the present situation calls for a quick start. Will the covid create the Moment, the one where many discover that the king is naked, that everything is only a show, and that it is now necessary to unite and say it.

For this issue of 50, we brought in a panel of thinkers and asked them a question that is self-evident but not simple:  » What kind of world do we live in? No guidelines other than to express their being in the world. It is that writing allows to put down a thought that neither the image nor the oral one allows, leaving room to the depth of each one, undoubtedly because the written words do not resound directly like cleavers which come to kill you symbolically. For ostracism and denunciation have never been so strong, benefiting from the full power of the networks of the media doxa.

We wanted to mark the occasion in an original way, without dwelling on the covid event, but without ignoring it either, the Great Leap Forward of 21st century capitalism(1). To make room for a large file, some of our usual collaborators (Ines, Michel, Alexandre, Bernard) have temporarily stepped back. Most of this issue is the work of contributors to the journal or the site, some occasional, some new, from Belgium, France and Quebec, all of them of high quality. You will find the work of Vincent Cheynet, Hervé Krief, Jean-Luc Pasquinet, Marc Weinstein, Pièces et main-d’oeuvre and Alain Deneault. We also welcome authors from the humanities and philosophy — Raoul Vaneigem, Hélène Tordjman, Renaud Garcia, Valérie Tilman, Kenny Cadinu, Martin Steffens, Corine Dehaes and Luc Delannoy -, others from the world of health and research — Alexandra Henrion-Caude, Pascal Sacré, Louis Fouché, Frédéric Goareguer, Christophe de Brouwer and Jean-Pierre Lebrun -, as well as artists — Pirly Zurstrassen, Clément Triboulet and Quentin Dujardin.

The whole forms a kaleidoscope that highlights some of the salient features of our situation. For those who would resist the injunction/permission of tourism on a vaccine drip — let there be many! ‑We hope that this number 50 will be a great addition to their summer, allowing them to get some height (but without a plane!) and to reflect on our common condition ofhomo sanitarius despite ourselves. 2021 is the year of the « Agenda »(2) and of all the dangers. It could also be the one of renewal, if the people decide so. This is the opportunity of this covid era: to create the conditions for a rethink. It is the moment T, the kairos, the moment when we stop and think. We still need to decide, in large numbers, to become autonomous again, to refuse to let our choices be dictated by multinationals and by a State at their service, and to relearn the meaning of the essential and the importance of thinking.

In a famous passage from his Privateer writings, « The article of the fireflies » written shortly before his death, in January 1975, Pier Paolo Pasolini pointed out: « II have seen with my senses the behavior imposed by the power of consumerism reshape and deform the consciousness of the Italian people, until an irreversible degradation(3) « . Now replace « consumption » with « health » and « of the Italian people » with « of the European people »… Therein lay the difference between the fascist dictatorship, where  » behavior was totally dissociated from consciousness(4) « It is the totalitarianism that controls the conducts by colonizing the interiority. The biopower comes from this one. It has become more powerful than ever, mutating into psychobiopower in the age of mass media, the Internet and the rise of neuroscience. This is why the « experts » best placed to understand what is going on are the psy(-chiatrists, ‑chologists, ‑choanalysts) and the philosophers. They are very rarely invited on TV shows. The star of engineers, economists and statisticians, the armed arms of industrial and mercantile decivilization, has faded, and so much the better.

As Francis Scott Fitzgerald suggested,  » one should be able to understand that things are hopeless, and yet be determined to change them .