THE « NEXT WORLD ». THE WORST OF THE WORLD BEFORE? 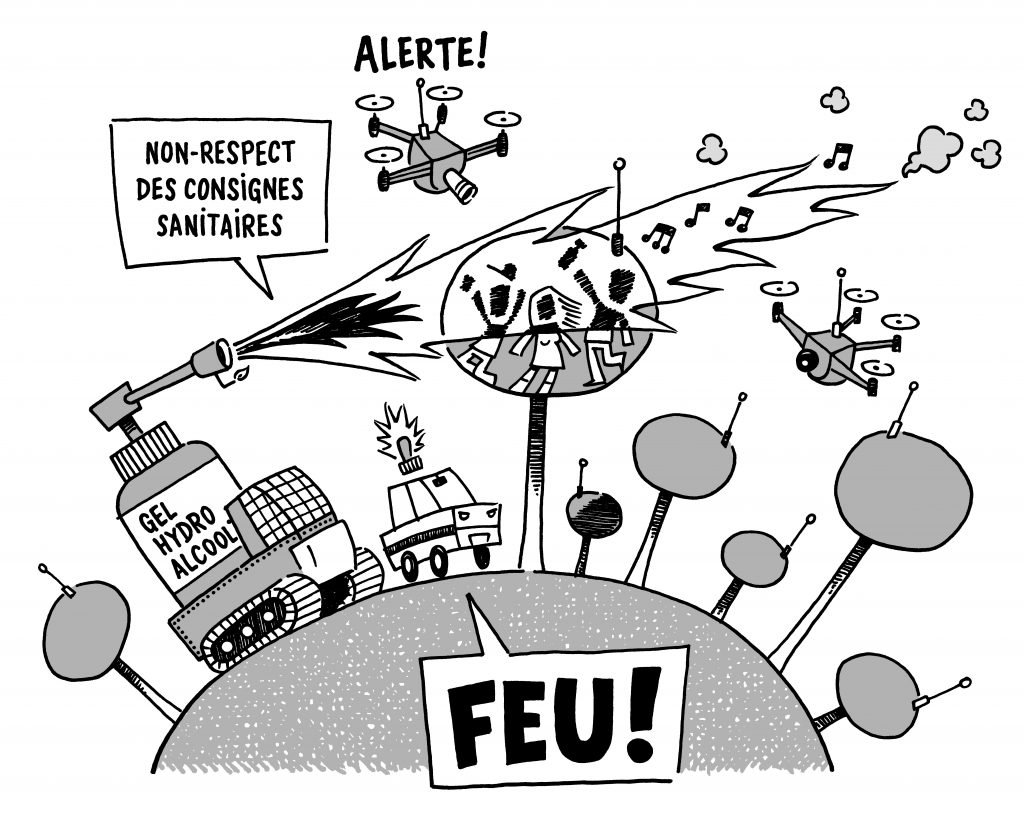 In this early spring of 2020, while what would have been impossible a few weeks earlier was being put in place, the Belgians were confined. L’Echo, owned by Persgroep and belonging to the Van Thillo family, Belgium’s 15th largest fortune, published in July 2020, a dossier  » When philosophers imagine the world after « , whose introduction revealed the state of mind:  » By its exceptional character and its scale, the coronavirus crisis has revealed the limits of our models of thought and our modes of operation. We need perspective more than ever. In the four corners of the planet, intellectuals are trying to draw the contours of this famous « world after ».  »

Everyone had their own proposal and the philosophers had a field day. It was fashionable to change, while for decades many had been shouting into the void when they said that everything had to change. This is the case of the degrowth movement. As in every crisis, we were faced with these media-political psalmodies, a mixture of dream and delirium. The usual contradictions, however, which alone would have announced the new deception, were not even hidden: in the inset on the right of the L’Echo article, an advertisement: « Discover the investment funds that meet your expectations. Fund Radar, the practical tool for L’Écho funds « (1). These same funds that invested in fossil fuels, privatization in the health sector, deforestation, arms and various traffics… Was Michel Houellebecq right then to say  » We will not wake up, after containment, in a new world; it will be the same, only a little worse.  »

It is that it is necessary to think this unprecedented episode in a widened context, notably that of a school which does not play any more for a long time its role of emancipation, producer of subjects out of ground which will have little to make of it once esseulés and released in a world left to the power of the GAFAM («  Confinements of the freedom of expression « , pages 14–15). Thinking about the « world after » is above all deconstructing the « world before ». And how to imagine this one if the monopoly of the representation of the reality is still and always left to the media, properties of big groups belonging to rich families (« The lure of the media diversity », pages 16–17); these same media which bombard us since months with their news wire, generators of real pathologies of the fear, propitious to the immunodeficiency

But the media and politicians only want what is best for us, don’t they? Why then is any debate outside the official discourse systematically prohibited? Why have measures to improve people’s immunity not been officially communicated for over 6 months(2)? Why was it that in Belgium  » the high priests of anxiety-provoking information were left at the helm », while all those who tried to say something different were insulted and banned, a situation that prevented any calm discussion on the measures to be taken and their effectiveness. Making the citizen feel guilty will have had the effect of silencing the  » gaping cracks in politics  » (« When democracy is infected by Covid-19 », pages 12–13).

Could our  » New Viral Age  » be accompanied by a return of collective values after decades of hyper-individualism (« A Return of Collective Values in the New Viral Age? », pages 10–11)? Let’s not be too optimistic, a reflex position too frequently adopted by those who do not want to think radically about the changes to come, having too much to lose (in material and/or symbolic terms). Was Covid-19 going to restore the collective to its rightful place in the age of the  » transnational plutocracy « , when we were asked to protect others by distancing ourselves from them (« A little warm milk in hot tea », page 18)?

Change in continuity is a weapon that has long been deployed by the propaganda organs to pretend that everything will be different from now on. While the ongoing climate disaster should have led politicians to take measures that are equal to the situation, such as the drastic reduction of air traffic, only Sars-CoV‑2 will have « woken up » political minds. Beyond the divisions, however, it is nothing less than to think of a world that humans could continue to inhabit without destroying it.