BE BRAVE WITH SCREENS! LET’S DEVIRTUALIZE OUR LIVES 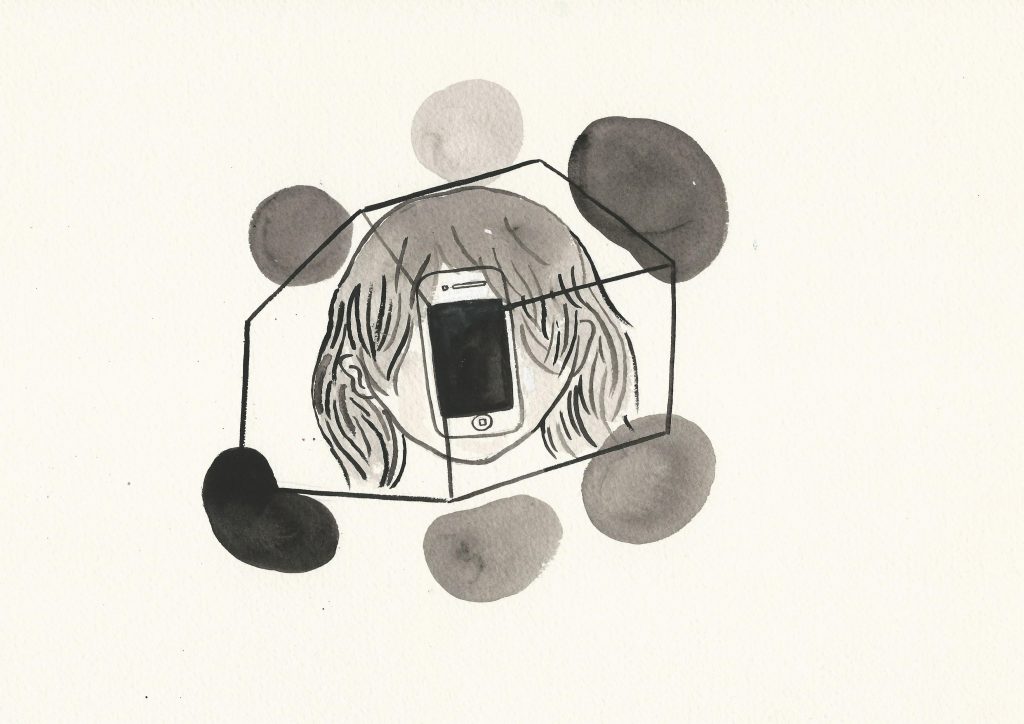 « Digital nihilism has arrived, let’s entertain ourselves without remorse…(1) »

Until the beginning of theannus horribilis 2020, opponents of the technological grip, digital alienation, robotic madness and silicolonial cynicism(2) were getting their hopes up. Previously, the editorial activity had struck hard with the publication of a flurry of essays and studies: Artificial Intelligence, the new barbarism, by Marie David and Cédric Sauviat (Le Rocher); The exhibition company. Desire and disobedience in the digital ageby Bernard E. Harcourt, The disaster of the digital school. Advocating for a screen-free schoolby Karin Mauvilly and Philippe Bihouix and The factory of the digital moron. The dangers of screens for our childrenby Michel Desmurget (Seuil); Difficult children, the fault of screens? The benefits of electronic weaningby Victoria Dunckley (Écosociété) ; He doesn’t take his eyes off the screen! The 4‑step method to protect children’s brainsby Sabine Duflo (Poche Marabout); Internet ou le retour à la bougie, by Hervé Krief (Quartz, republished by Ecosociété); Contre l’alternumérisme, by Julie Laïnae and Nicolas Alep (La lenteur); On the trail. Survey on the new territories of surveillanceby Olivier Tesquet (Premier Parallèle); Lhe ravages of screens. Pathologies in the digital ageby Manfred Spitzer and the collective work Critiques de l’école numérique, edited by Cédric Biagini, Christophe Cailleaux and François Jarrige (L’Échappée). The public presentation of this latest book released in the fall of 2019 was prevented by the first lockdown. The words of the refuseniks fell into the void. Instead, the idea of a « touchless » world quickly made its way into people’s heads, under the pressure of hygienic conformity.

Already techno-conditioned for ages, the confined people had no trouble killing time with their screens, occupied alternately by professional tasks and by entertainment (video games, youtube, movies, series). Worse, the promoters of the digital school, who had been advancing their plans since 2011 without really encountering any objections, suddenly felt like they were growing wings. In March, the Minister of Education Caroline Désir authorized schools to organize homework. Following in his footsteps, school principals, inspectors, unions, companies, associations, academic researchers, as well as some parents and teachers themselves, went to war to « rCatching up with our schools’ digital lag ‚ » bring the school into the house « ,  » continue schooling via e‑learning platforms « ,  » reduce the digital divide « between students and between teachers, » reinventing the way we teach  » through this « new to provide courses in « abargain « . The media complacently relay this technocratic novlanguage. The opinions of the school’s actors were divided, but they all agreed on one thing : computer technology cannot replace the teacher, but it has many pedagogical, social and relational advantages that we would be wrong to ignore. Thus, 72% of the 1,000 teachers in the Wallonia-Brussels Federation, surveyed in the spring by UMons, believed that they would continue to apply the new teaching methods tested during the lockdown, no matter what happened (would they have changed their minds a few months later?). Training sessions were offered in the summer. With the second containment in sight came the idea of « hybridization » — a mix of classroom and « distance » learning — with the creation of a dedicated platform, HAPPI (Hybridation des APPrentissages Interactifs)(3). These decisions were taken quickly, in violation of the precautionary principle(4). In short, « digital in schools has gained ten years with the crisis of covid(5) ‚ » exults Fabrice Pochez, head of digital at the Council for Education of Municipalities and Provinces (CECP). The virus has definitely changed the School, and so much the better!

That’s good? Long live the screens, everywhere? Citizens’ experts from the flat country and from beyond the borders of Belgium have studied the question. The essayist Hervé Krief (p.9) opens the ball by recalling that Internet is only the prolongation of a phenomenon of addiction-fascination born with the television, first personal screen having begun to empty the human beings of their capacities of discernment, of their vitality, of their social links. Is it irreversible? In her interview, the clinical psychologist Sabine Duflo (p.10 and 18) supports the thesis of the environmental origin — technological, in our case — of childhood pathologies such as virtual autism, hyperactivity and attention disorders that give so much trouble to parents and teachers. Let’s come to the school. Teacher, Christophe Duffeler (p.12–13) has been questioning for a long time the conversion of the school to digital. He crosses here his personal experience with a general criticism of the Technique starting from Georges Bernanos. Belgium against robots? Even if we are in favor of digital education, let us note that it leads to unacceptable inequalities between students, explains Michèle Janss (p.11), teacher and activist at the Appel pour une École Démocratique (APED). For Nicolas Alep (p.14), a computer scientist « on the verge of a career break », alternationism is not the solution, as the onslaught of the digital economy is too numerous to be faced individually. Therefore, it is necessary to reinject more democracy in a society that decides to start a digital degrowth. Would the young generations be naturally and spontaneously adapted to the digital world? The anthropologist and researcher at CEPAG Bruno Poncelet (p.15) undermines this preconceived idea, indicating that the cause of addiction is social and the possible way out is political, with a strengthening of democracy. As a final point, Michel Weber (p.16) returns to the philosophical meaning of screens by going back into history. Ultimately, psychosis threatens to strike their users, he warns.

A bit of guts towards the screens would be welcome. May this file encourage it.